Vixens into decider after thrilling win 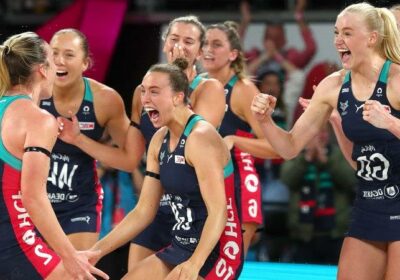 The Melbourne Vixens have produced a fourth-quarter comeback for the ages to charge into the Super Netball grand final after stunning the Giants with a last-gasp 55-54 victory.

Trailing by nine goals heading into the final quarter of Saturday’s preliminary final at John Cain Arena, the Vixens outscored the Giants 17-7 to seal an extraordinary win and book their place in next week’s decider against West Coast Fever at Perth’s RAC Arena. 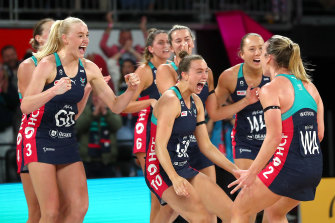 Jubiliation: The Vixens are headed to perth for the Super Netball grand final.Credit:Getty Images

With scores level in the final minute, Vixens goaler Mwai Kumwenda appeared to hand the Giants a golden opportunity to claim victory following a costly turnover but Emily Mannix came through with a match-saving intercept and Kumwenda made amends with the deciding goal in the dying seconds.

The Giants made a desperate attempt to score on their final possession but time ran out before goal attack Sophie Dwyer could release her two-point shot attempt, kicking off wild celebrations from the minor premiers and their home fans.

“I thought that turnover right at the end where Amy [Parmenter] intercepted it and then Emily just came out of nowhere to get another one,” Vixens defender Jo Weston said after Mannix’s third intercept of the game helped secure the win.

WIth Diamonds attacker Kiera Austin missing out on the do-or-die clash against her former club due to health and safety protocols, Kumwenda and Rahni Samason helped guide the Vixens to an eight-goal lead after one quarter. 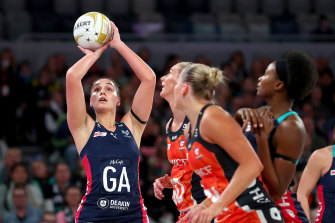 The Vixens maintained their advantage in the second quarter before the Giants produced a stunning turnaround in the final minutes by sinking six super shots to outscore the home side 21-11 for the term and lead 28-26 at halftime.

Jo Harten did the damage for the Giants with five of her side’s two-point goals and finished the half with 6-of-7 super shots while Dwyer also lifted after a quiet opening quarter.

The Giants extended their advantage to 47-38 after three quarters but behind the efforts of Weston in defence and a cameo from Ruby Barkmeyer in attack, the Vixens stormed home to reach their second grand final in the past three seasons. 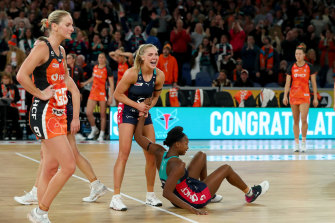 “We got ourselves in that situation so to see that fire and hunger in the end, we knew we were going to go all the way to the end and I’m so bloody excited from that,” Watson said following her side’s emotional win.

The result ended the Giants’ hopes of reaching their third grand final and the chance to claim the club’s first national league title.

“I’m so proud of us. We have to live by the wind and the losses of the season and it came down to one goal, but we gave it everything tonight,” captain Harten said in the aftermath of their heartbreaking defeat.