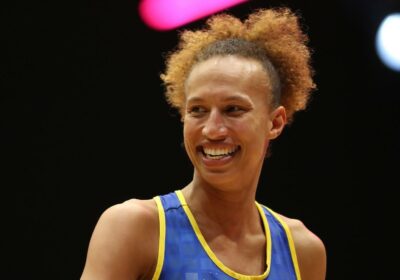 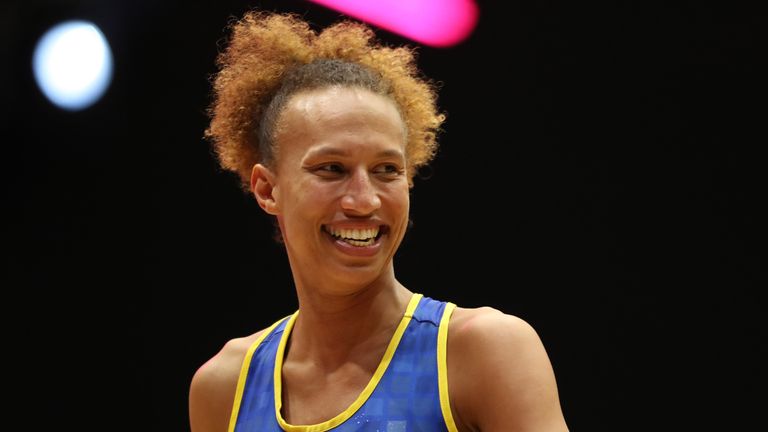 Team Bath Netball again highlighted their title credentials with a stunning 59-43 victory over the in-form Leeds Rhinos Netball on Sunday at the Copper Box Arena.

Not for the first time, Bath’s internationals set the tone and took their level to new heights against a team that had not lost since the competition moved to London.

Round 15 then continues on Monday night, with two contests live on Sky Sports Arena and Sky Sports Mix. First, Lightning will return to court to take on Storm before Wasps face-off against London Pulse.

If you missed any of the action then you can watch every match back in full on the Sky Sports YouTube channel.

Anna Stembridge’s team, who only beat Rhinos by six goals the last time they met, showed they had done their homework in order to stamp their authority this time around and secure a 16-goal win, 59-43.

For Rhinos, the loss marked their first since Round 11, and it was an encounter head coach Dan Ryan said they would take “invaluable” lessons from. 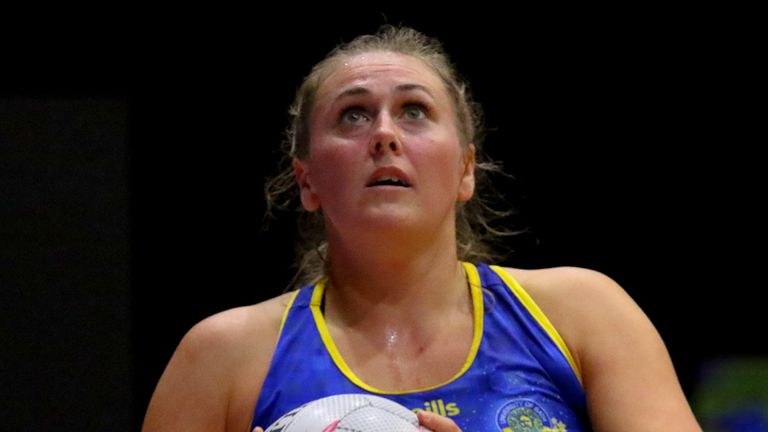 The opening quarter went goal-for-goal before Bath’s through-court defence allowed them to press five ahead. As was the case against Thunder, the class of Layla Guscoth and Imogen Allison shone through.

As the clock ticked down, Rhinos clawed a couple of goals back, after unleashing stunning training court moves from their centre passes.

Both head coaches were animated at the break and in a quest to disrupt Bath’s flow, Fi Toner arrived on court for the second quarter.

Although the Northern Ireland international hassled Rachel Shaw, as a collective, it was Bath who found the magic ingredient first.

As Guscoth got the better of Rhea Dixon and Eboni Usoro-Brown kept Donnell Wallam quiet, it allowed Bath to turn the screw. They knocked Rhinos’ confidence in attack and forced them into making eight unforced errors.

Meanwhile, Kim Borger and Sophie Drakeford-Lewis did not miss, and a 17-8 quarter effectively sealed the game for the five-time champions.

The half-time break did little to quell Bath’s momentum, instead they seemed to find yet another gear.

It was a gear that Bath stayed in throughout the third quarter and deep into the fourth, before the final minutes became a little disjointed and included Summer Artman being handed the first suspension of the season for persistent infringements. 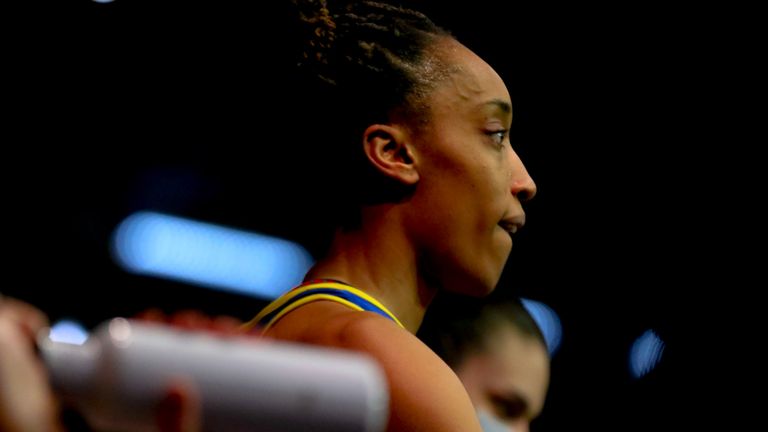 We knew what a massive threat Rhinos are, and especially Donnell at the back, so we just had to be on from minute one. I’m proud that we got such a good win.

Lightning get job done against Stars

Loughborough Lightning ground out a 50-41 victory over Severn Stars in the first game of the afternoon at the Copper Box Arena.

For Lightning, who have never won the Superleague title, the result allows them to keep the pressure on Team Bath Netball above them, and move into their second match of the round with another win in the bag.

After holding a 26-19 advantage at the midway point, Lightning felt the pressure for much of the second half.

With Kyra Jones arriving in Stars’ mid-court during the first quarter, and the indomitable Liana Leota flying too, Stars attacked the contest with increased confidence as the minutes ticked by.

A 12-10 third quarter in their favour asked questions of Lightning, but Sara Francis-Bayman’s players were able to remain composed. Plus, with the combination of Ella Clark and Mary Cholhok in their shooting circle, quick goals were always an option.

Lucy Herdman and Dee Bolakoro did their utmost to disrupt the feeds in, but with Clark standing at 6ft 2in and Cholhok at 6ft 6in, there was only so much they could do.

Stars fought until the final whistle, aided by the accuracy of Georgia Rowe and Paige Reed, but, ultimately, Lightning were able to convert enough of their own ball to remain in front and get over the line. 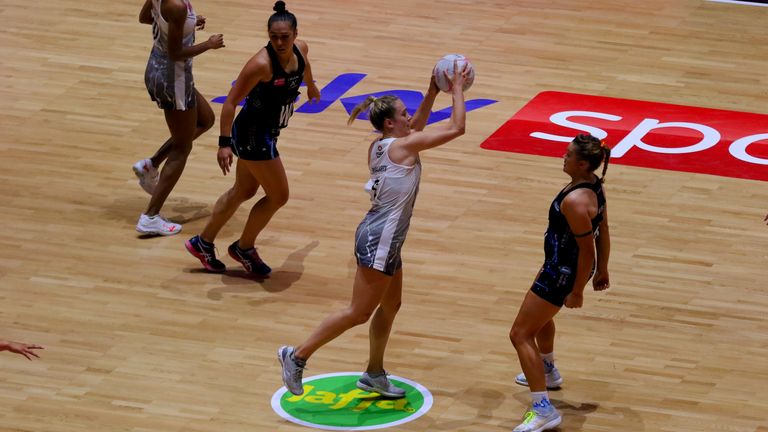 We saw that composure today. I think we’d all probably say that wasn’t our best game, or the slickest game that we’ve played, but we still ground out the win. I’m so proud of the squad.

Sky Sports is your home of netball. The Vitality Netball Superleague continues on Monday with Round 15 and two matches live on Sky Sports Arena and Mix. Both contests will also be streamed on the Sky Sports YouTube channel from 5pm.