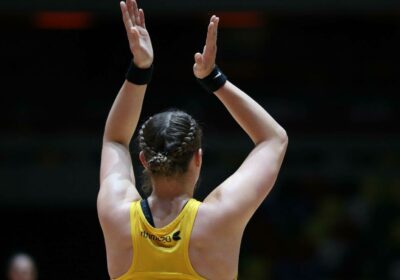 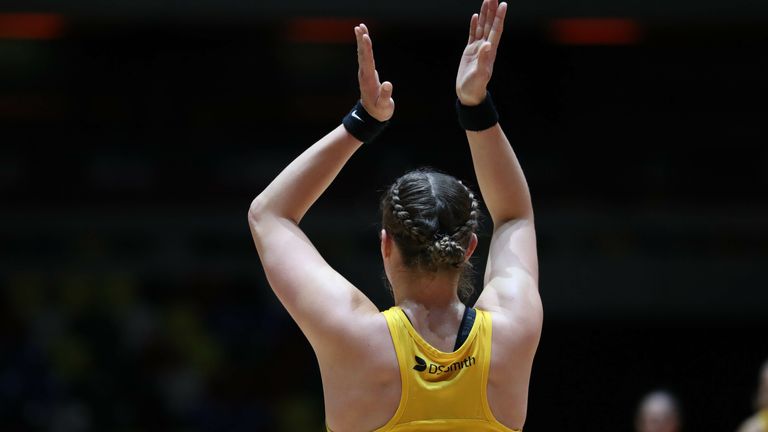 We look back at some of the key moments and performances from Round 12 of the Vitality Netball Superleague.

From Dragons’ much-improved performance against Team Bath Netball to a classic derby encounter between London Pulse and Surrey Storm, Round 12 of the Vitality Netball Superleague had it all.

If you did miss any of the action, then you can watch every match back in full on the Sky Sports YouTube channel and the competition returns on Friday with a 10-match weekend.

For now, take a look at some of the things that jumped out at us over the course of the last six matches…

Match of the Round

There’s only one place to look when it comes to the match of the round and that’s the final contest between Surrey Storm and London Pulse.

After a 42-40 victory to Storm at the beginning of the season, and with both teams wanting to show how much they’ve grown since then, the stage was set for cracking derby.

Nothing separated the two teams at half-time, but when Storm made a break at the end of the third quarter, you thought that Mikki Austin’s side might have done enough. However, on a home court, Pulse finished strongly.

After such an intense contest, the players’ celebrations were quiet ones but as their final goals went in, you could see how much victory meant to Pulse’s director of netball and CEO, Sam Bird.

Player of the Round

Over the course of the four matches on Sunday, shooters took charge of proceedings and secured a number of the player of the match awards.

However, when it comes to this week’s player of the round, the accolade is handed to someone who was incredibly effective at stopping shooters on Monday – Josie Huckle.

A much better performance tonight from us against a fierce Stars team. I loved playing at the copper box this weekend and can't wait to be back next weekend! https://t.co/S3eB53zbKx

Together Huckle and Fran Williams kept Stars to just three goals in the second quarter, and throughout the match, Huckle was one step ahead of the pack.

It was another clear example of how she’s thriving this season, having been handed the starting bib due to Hannah Knight’s retirement, and she’s going to be a key in Wasps’ quest for play-off netball.

The View on Social Media

This week, we’re handing this social media section to Superleague’s head coaches and some of their reactions after the first set of matches at the Copper Box Arena.

First, we’ll let Dan Ryan’s pride almost jump out of the page at you, after his Leeds Rhinos team prevailed over Saracens Mavericks on Sunday.

SO DAM PROUD OF THIS TEAM!

A significant moment in our brief history with a 15 goal win over one of the big guns. This group is learning & growing all the time & today, under pressure, every single one of them delivered!

We’ll enjoy the moment, then straight back to business! https://t.co/bAW8kDUgSA

Next, we’re moving to someone who experienced a narrow defeat on Monday night.

With the contest between Storm and Pulse having been so close for so long, and with Storm being in the driving seat at three-quarter time, the loss is one that might stay with them for a while yet.

Gritty, Gutsy and everything you’d expect from a London derby 💥
Gutted to not get over the line but so many positives to take from that performance. Love seeing this group build and grow. Trust the process 💙 https://t.co/cuZDu3fqtf

[email protected] showing just how much @NetballSL players mean to their directors of netball and head coaches.

Sara Bayman’s openness was appreciated by so many on social media and also by Joseph herself, who is now waiting for the results of a scan.

Performance of the Round 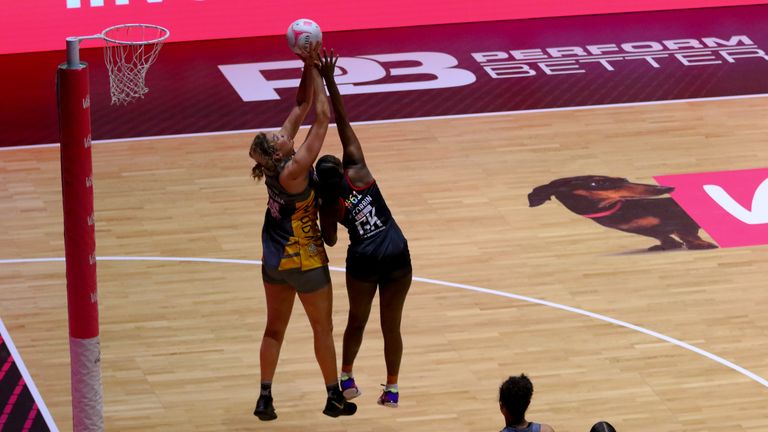 Having just spoken about Ryan’s pride at Leeds Rhinos‘ outing on Sunday, let’s talk more about them.

From the first whistle, Rhinos played with confidence and poise. Jade Clarke and Brie Grierson worked superbly in attack, as did Rhea Dixon, to get the most out of Donnell Wallam.

Wallam herself put up 54 of her 55 shots at goal and the whole outing has laid an excellent platform for them to work off. The next stop for Rhinos is a back-to-back weekend against Strathclyde Sirens and Wasps, and it’s one they’ll arrive at with a spring in their step. 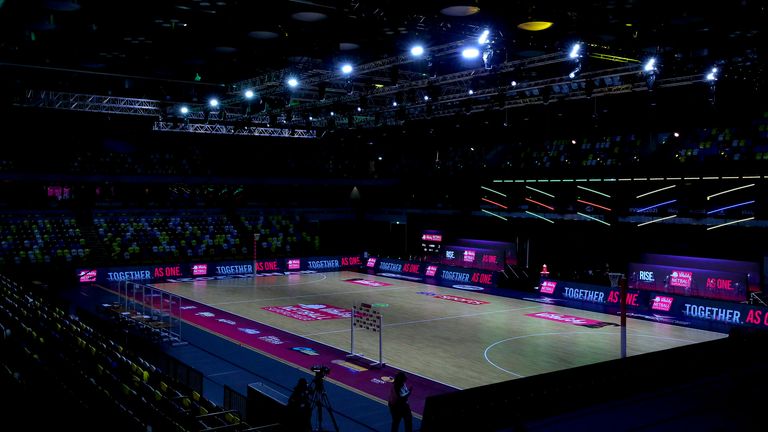 Finally, after an incredibly successful time in Wakefield, the Superleague looked just as superb in its new home in London.

The Copper Box Arena has been transformed and as was the case in Wakefield, the venue has ensured that Superleague netball will continue to be delivered in a premium fashion.

In a recent column, Tamsin Greenway highlighted some of the conversations that she believes the sport needs to have in order for netball to continue to build upon this.

For now, it’s full steam ahead towards Rounds 13 and 14 and 10 matches being played over the course of Friday, Saturday, Sunday and Monday.

Sky Sports is your home of netball. The Vitality Netball Superleague continues on Friday with Round 13 and the start of a 10-match weekend, live on Sky Sports and streamed on the Sky Sports YouTube channel.