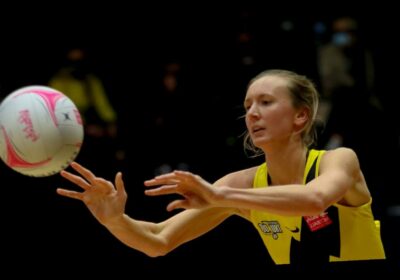 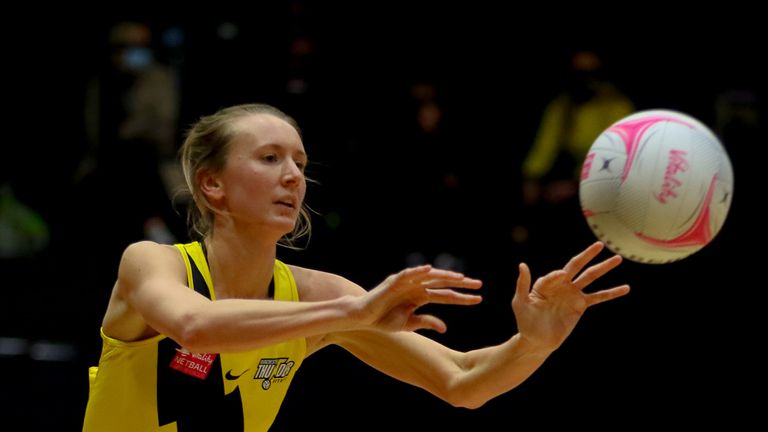 Manchester Thunder and Team Bath Netball are ready to put their unbeaten records on the line on Friday in a contest which could be repeated in this year’s Vitality Netball Superleague Grand Final.

The competition may only be four rounds in, but the 2019 champions and Superleague’s most-decorated franchise, have both looked in scintillating form from the get-go.

Neither have lost a contest yet, both have accumulated over 150 goals in three matches and Thunder are the only team in the league to have let in fewer than 100 goals.

Thunder’s efficiency in attack has been complemented by the seasoned partnership of Emma Dovey and Kerry Almond providing rock-solid foundations in defence.

Team Bath Netball have welcomed the return of Layla Guscoth, Eboni Usoro-Brown and Serena Guthrie and the standards they are setting are being met by their team-mates.

This contest between Thunder and Bath is the later of the two Superleague meetings on Friday, with Severn Stars and Surrey Storm stepping on court first and coverage starting at 5pm.

The two matches will be live on Sky Sports Mix and streamed on the Sky Sports YouTube channel and they mark the start of another bumper 10-game weekend.

Set a reminder on the Sky Sports YouTube channel

Every match of the Vitality Netball Superleague weekend will be streamed on the Sky Sports YouTube channel – set a reminder for the contest between Manchester Thunder and Team Bath Netball by clicking on the widget above.

As you’d expect, Thunder’s director of netball, Karen Greig, used the short pause in the season to pay close attention their forthcoming opponents and to ensure that her team are ready for an intense double-header weekend.

After Friday’s duel with Team Bath Netball, they must rest, recover and go again on Saturday night against the two-time winners Wasps Netball.

“We’ve made sure that we stayed tuned in over the two weeks and put an extra training session in to make sure that we’ve got all bases covered,” she said to Sky Sports.

The Season So Far…

“What I’ve noticed about them is their relentlessness,” Greig added.

“In defence we know that they’ve got a solid unit with Layla Guscoth back in there and their back four of Eboni [Usoro-Brown], Layla, Imogen Allison and Serena [Guthrie], it’s pretty lethal.

“That means in attack, we need to be crisp and sharp, and be really clear with what we’re offering in terms of our options.

“Bath’s attack-end is probably the quickest in the league. It’s a very different circle to any other team that we’re going to play against too, with the rotational work of Kim Borger and Sophie Drakeford-Lewis.

“We know that’s going to be quick, and we’ve looked to options as to how we can stop that and break that connection down. We’ve done our homework and hopefully, we can put a stop to that.”

Stembridge’s team, who last played a league match on February 22, are also eager to return to court and like Greig, the head coach has fixed her sights on combating the physicality of a double-header weekend.

“We have to throw everything at the next game in front of us, which is Thunder, but then we have to turn around within 24 hours and play really tenacious opposition in Stars, with a tough one-on-one defence,” she said.

“That’s going to be a huge challenge but one we are looking forward to. We are seeing every game, and every style of opposition, as an opportunity to see where we are at as a squad and to really thrive on that pressure.”

After recording victories over current leaders Loughborough Lightning and Wasps Netball, Stembridge is embracing the continuation of Bath’s challenging schedule.

“As a coach, you actually don’t want an easy game, particularly as we are not supposed to be the finished article at this stage of the season. We are definitely building.” 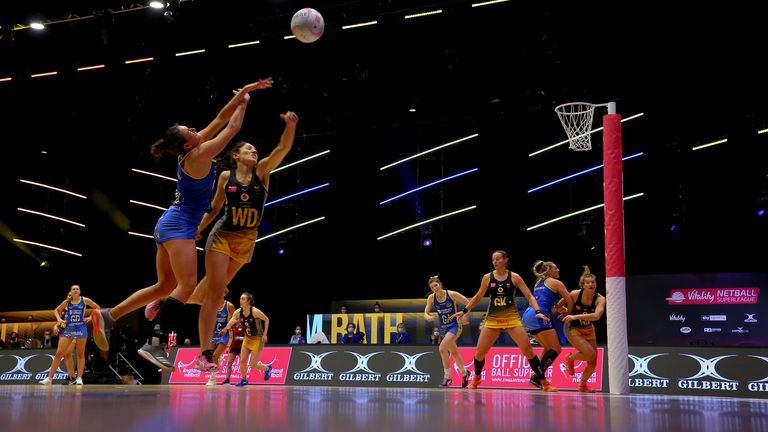 The last time that these two tenacious teams met in Superleague was during the 2019 semi-final. On that occasion, Thunder prevailed 57-54 at the Wright Robinson Sports College before going on and beating Wasps Netball in the 2019 final.

Since then, Thunder have brought through a number of their exciting young talents as well as retaining the services of their experienced leaders too.

Almond, coming out of retirement, restores her defensive partnership with Dovey, while Laura Malcolm is continuing to enhance her leadership credentials in attack.

One element of both teams that catches the eye is the strength of their squads and the ability of the individuals within them to change the picture for their opponent.

If Manchester Thunder decide to start with Amy Carter at C and Rebekah Airey at WD, then they have the Northern Ireland international Caroline O’Hanlon to bring off their bench. Team Bath Netball should have the likes of Summer Artman and Tash Pavelin ready to deploy.

“We were able to use nine of the 12 players in our match-day squad against Lightning and Wasps,” Stembridge noted.

“It was great for them all to experience that pressure, that level of intensity, teams going goal for goal and momentum shifts with teams coming back at you.

“Hopefully that will really pay dividends later in the season, when we’re right in the thick of it and we have to manage performance, not only quarter-by-quarter but game-by-game, with the double-headers.”

Greig is in agreement that squad depth will be key and she believes that Thunder are well-placed to handle what’s in front of them.

“You look at our first three games and it’s been a real opportunity for us to expose different combinations and find our feet within those combinations,” she said.

“Some of the young guns who have come on have done really, really well. They’ve shown us what they’re capable of and I think we’re comfortable now in terms of knowing how they’re able to impact the game.

“With Bath and Wasps back-to-back, it’s going to be key this weekend and we are going to have to use our squad. I’m comfortable in doing that and confident in giving them that court time; it should stand us in good stead in being able to back ourselves two days on the run.”

Sky Sports is your home of netball. The Vitality Netball Superleague continues on Friday with Round Five and two matches back-to-back on Sky Sports Mix and streamed live on the Sky Sports YouTube channel from 5pm.