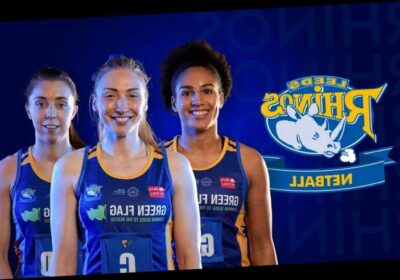 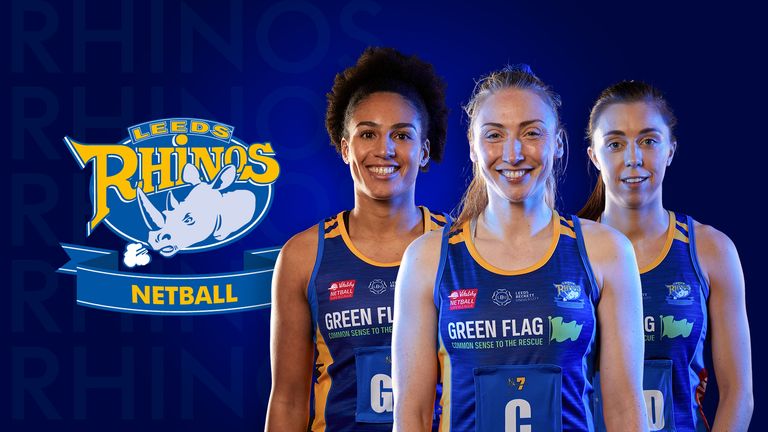 “We’re absolutely behind women’s sport as a club,” Kevin Sinfield said, as he discusses Leeds Rhinos decision to add netball into the established sporting franchise’s armoury.

In June 2019, it was announced that Leeds Rhinos Netball had been granted a Vitality Netball Superleague license and that they would enter the competition during the 2021 season.

At the time, Leeds Rhinos’ CEO Gary Hetherington shared his delight and made it clear that netball would become an integral part of the Leeds Rhinos organisation.

In the weeks and months that followed, that became a reality. Dan Busfield was named as the franchise director of Leeds Rhinos Netball and another Dan, one whose name is very familiar to netball fans, Australian Dan Ryan became the netball team’s high performance director and head coach.

With a few days to go before Ryan’s outfit stepped onto court for the first time, Hetherington spoke further with Sky Sports about the reason for Leeds Rhinos’ move into netball.

“Really it came from people within the netball community who approached me, probably two to three years ago now, with a desire to have a Superleague team and build on the community game as well,” he said.

“I saw this as part of our strategy to not only grow the Leeds Rhinos brand, which we’re always keen to do, but to meet the genuine desire that we have to promote women’s and girls’ sport in Leeds.”

We want to get more engagement in sporting activities for women and girls and to provide opportunities for that to happen. That’s really where it started with us, the desire to do that.

When Hetherington then spoke to Leeds Rhinos’ partners about the idea, he found that they shared his view about the importance of women’s and girls sport. All, including the now lead partner of Leeds Rhinos Netball – Green Flag – were eager to promote women’s sport at the participation level, as well as at the elite level.

“Our involvement in netball has the elite team, with the Superleague team, we’ve got the pathways for the aspiring young quality players and we’ve also got through the Leeds Rhinos Foundation our involvement with community netball.

A very special and inspiring day for the inaugural Leeds Rhinos Netball team. What a privilege it is to be part of this great club! https://t.co/Fj9zbuIoyx

When joining an already established name in sport, an understanding of its history and values is critical to all involved.

With Leeds Rhinos having been formed in 1870, Ryan and his squad of players stepped into and organisation that knows what it stands for and when it comes to articulating that, there’s no-one who can do it better than Sinfield.

Sinfield’s position now at Leeds Rhinos is director of rugby, however his passion and love for the sporting franchise goes far beyond the lines of any job description or title.

During an 18-year rugby league career wearing the blue and amber of Leeds Rhinos, he became Super League’s most successful captain, record appearance-maker and record point-scorer.

Alongside his sporting prowess, he showed exceptional leadership, and continues to do so in his role and with his work to fundraise for and support Rob Burrow and the MND Association.

“To sum it up, we have three trademarks. We’re honest, we work hard for each other and we always put the team first,” Sinfield said about the franchise that’s been his home since 1997.

“Within that it’s wrapped up in what we call attitude and making the right choices each day.

“Sometimes you might not always fancy doing that extra training session, making that sacrifice or getting that extra hour of sleep, but it’s being that disciplined that you do it anyway because it’s going to affect your performance and it’s the right thing to do for your team-mates.

“It’s a selfless attitude that’s about making the environment a really strong, healthy and supportive one as well.”

To have a professional [netball] team in Leeds, that’s should have happened years ago and we’re absolutely delighted they come under our banner. I think that young children and young people need role models and the fact that they get to see netball in Leeds, is really inspirational.

Leeds Rhinos Netball’s arrival in the Vitality Netball Superleague marks another netballing outfit that has looked towards a ‘partnership model’ to develop and grow.

In Leeds Rhinos, the netball team are partnering with an entity that sits largely within a sport that’s already successfully moved along the pathway to professionalism.

“We’re at the cutting edge and working on creating a really, really good environment where players can thrive, develop and maximise their potential,” Hetherington said about Leeds Rhinos.

“That’s exactly what Dan Ryan is looking to develop. There are a lot of synergies in what Dan Ryan and Kevin Sinfield are all about and that will flow through to the players and to the fans as well.”

Our vision for Leeds Rhinos Netball is to create, for the city and the county, a team to be proud of. We want to inspire more women and girls to get involved not only in netball, but in sports activities generally and we want to be able to provide an opportunity for the talented netballers throughout the county to play Superleague with Leeds Rhinos.

When COVID-19 eventually leaves all of our lives, and Leeds Rhinos can get back to working as normal, Ryan and Sinfield will have offices next to each other.

Both directors’ teams will train out of the same training complex and the full benefits can be enjoyed by both sporting teams; it will be a two-way street as the rugby and netball departments look to learn from each other.

“I’m really looking forward to building some relationships and friendships as well. As sports, you can learn so much from each other and that will be a huge benefit to us as a rugby club and as a bigger sporting organisation.

Big thank you to our @RhinosNetballSL partners @leedsbeckett @Carnegie_Sport for the constant support during preseason and providing an amazing training space. There have been some bumps on the way but..

From Sinfield’s point of view, talent transition isn’t off the table either when it comes to Leeds Rhinos’ women’s rugby league side and Leeds Rhinos Netball.

“Why not? If we can provide opportunities and there’s a chance of talent transfer, why not? Other sports take advantage of it.

“With unbelievable female talent, in whatever sport it is, you find that if you’ve got an individual with the right work ethic, they can make a success in most sports.

“I certainly see that with some of the netball players that we’ve got coming in and we’ve got a really talented rugby league side, I’d like to think there would be [some crossover] down the track.”

We gained the understanding and appreciation that it’s so much bigger than just being a part of a netball programme. To be a part of a club like this, this opportunity is an incredible one for every one of us to embrace and make the most of.

Dan Ryan about their leadership and values day

For now, the focus for one part of the business is the start of the Vitality Netball Superleague season and taking to court for the very first time in the competition.

“We’ve got athletes who are competitors and many of them come from winning backgrounds and winning cultures,” Ryan said about his 2021 squad.

“One thing that we know that we need to do as a club is to build a winning culture and that obviously takes time.

“While we have very clear standards in terms of our performances being in a training space and what we expect from ourselves in match-play as well, those benchmarks and standards will continue to evolve as the team grows as well.

“We certainly don’t want to be in the competition to make up numbers, we want to be there to compete and compete hard. What results and outcomes look like, will be determined by our level of competitiveness, our effort and our execution.

“I’ve really enjoyed the athletes taking ownership of the team and also their athletic journeys,” he added.

We are going to be the first players to have ever played for the franchise and that’s so exciting. I’m so looking forward to being able to work from scratch and stamp our own style on the league. Hopefully we can bring something a bit different and something that will really be exciting to watch.

“That’s been something that we’ve been really passionate about in terms of it being their team – it’s not my team or any individual’s team. It’s our collective team together and we all have a role and a responsibility to contribute and make a difference.

“Lots of things have been really rewarding and now it’s about getting out on the court and truly seeing where we are and what we need to do in order to keep progressing forwards.”

For all involved in the development of Leeds Rhinos Netball, February 12 is a significant day and one that formally starts their on-court journey in the Vitality Netball Superleague.

With a commitment to women’s and girls’ sport underlying their every move, a sporting entity that houses so much knowledge and experience, and other departments that are eager to collaborate and share synergies, Leeds Rhinos Netball are in a strong position.

They are being led by the work of Ryan, someone who has the creativity, motivation and drive to shape a netball programme from scratch, and on court, they have a great balance of established and young players in their ranks.

In short, the foundations are all there for Leeds Rhinos Netball to enter the Vitality Netball Superleague, make their presence felt and then start pushing the competition and sport of netball forwards.

Sky Sports is your home of netball. The VNSL returns on Friday with Leeds Rhinos taking on Celtic Dragons at 4.45pm on Sky Sports Mix. Every contest this season will be available to watch across Sky Sports, the Sky Sports YouTube channel or England Netball’s YouTube channel.