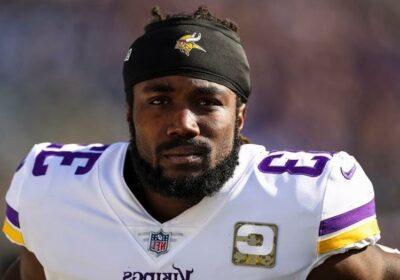 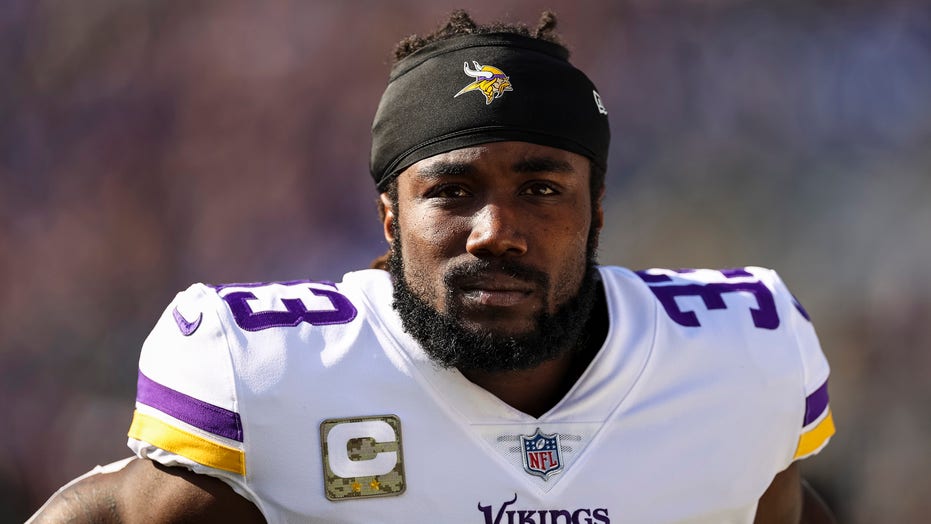 Minnesota Vikings running back Dalvin Cook was accused of assault in a lawsuit on Tuesday by a former girlfriend but an attorney representing Cook denied the allegations, countering that the woman had broken into his home in 2020 and assaulted the NFL player, according to reports.

Gracelyn Trimble, a sergeant in the U.S. Army, accused Cook of assault, battery and false imprisonment during a Nov. 19, 2020, incident at his Grove Heights home, the Minneapolis Star Tribune reported, citing a lawsuit filed in the Dakota County District Court. 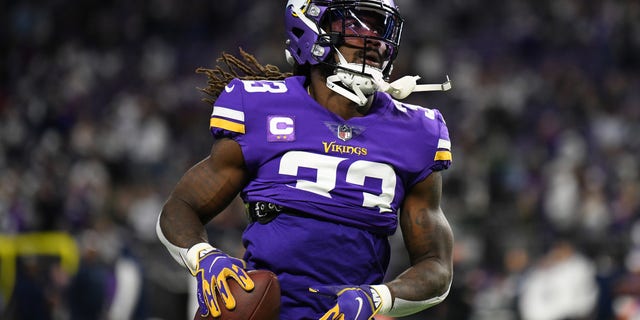 The lawsuit says she entered his home through the garage, grabbing mace on her way in and claimed that Cook became aggravated when she asked for his help in getting her things at which point he allegedly “grabbed her arm, and slung her whole body over the couch, slamming her face into the coffee table and causing her lower forehead and the bridge of her nose to bust open,” the lawsuit stated.

At that point, she claimed she attempted to use the mace on Cook but she was overpowered and the mace went into her eyes. She then went to shower and was allegedly assaulted by Cook again. According to the outlet, she grabbed a gun belonging to the NFL player and called a friend, allegedly prompting him to threaten her and attack her with a broomstick.

The lawsuit states that Cook took her to the airport the following day. Neither party filed a police report and continued to see each other occasionally until finally splitting in May.

Cook’s attorney, David Valentini, responded to the lawsuit’s filing with a statement Tuesday, claiming that it was Trimble that broke into Cook’s home and then assaulted him and two other house guests. 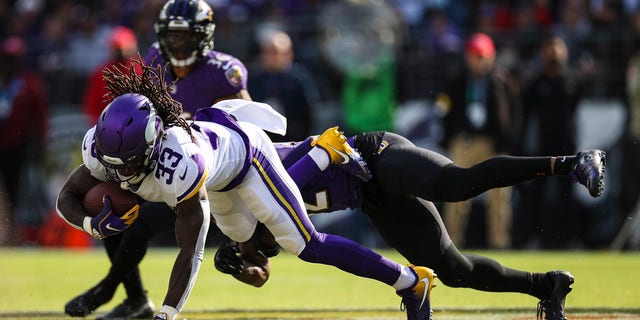 Dalvin Cook #33 of the Minnesota Vikings carries the ball against the Baltimore Ravens during the first half at M&amp;amp;T Bank Stadium on November 7, 2021 in Baltimore, Maryland.
(Scott Taetsch/Getty Images)

“While Mr. Cook and Sgt. Trimble had a short-term relationship over several months, she became emotionally abusive, physically aggressive and confrontational, and repeatedly attempted to provoke Mr. Cook,” the statement read, via ESPN. “Sgt. Trimble, unlawfully and without the consent or knowledge of Mr. Cook, entered his residence … with a stolen garage door opener.”

Valentini accused Trimble of physically assaulting Cook and macing him and his house guests. He also stated that Cook and his guests were held “at gunpoint” and that she “has been attempting to extort money” from him.

Cook’s attorney explained that injuries Trimble sustained were a result of her “own unlawful conduct.” 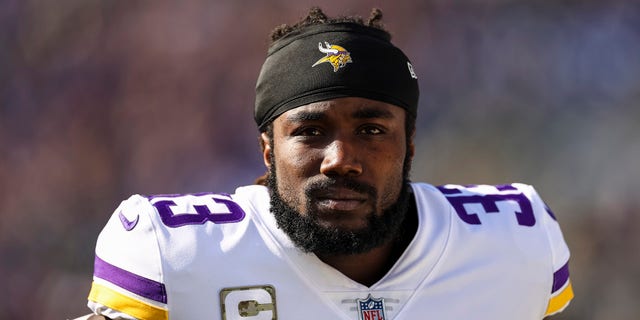 Dalvin Cook #33 of the Minnesota Vikings looks on before the game against the Baltimore Ravens at M&amp;T Bank Stadium on November 7, 2021 in Baltimore, Maryland.
(Scott Taetsch/Getty Images)

The Vikings released a statement saying they “immediately notified the NFL” after learning of the lawsuit and are “in the process of gathering more information.”