Home » Sport » Venezuela faces a coronavirus outbreak a day before the start of the Copa América.

Venezuela faces a coronavirus outbreak a day before the start of the Copa América. 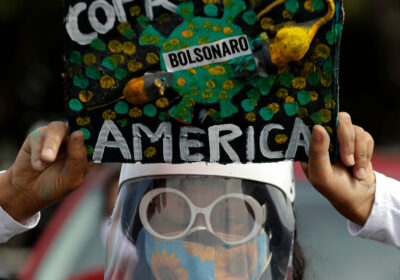 A dozen Venezuela players and staff members have tested positive for the coronavirus a day before they were to play Brazil in the opening match of the South American soccer championship, according to the health authorities in Brazil.

The outbreak is the latest bad news for the troubled tournament, the Copa América, which was moved to Brazil less than two weeks ago after the scheduled host, Argentina, said it could not hold it safely during the pandemic.

Globo reported Saturday that the number of infected members of Venezuela’s traveling party had grown to 12 from five, citing the health authorities in Brasília, where its team is scheduled to play host Brazil on Sunday night. The Associated Press reported that Conmebol, the governing body for soccer in South America and the organizer of the Copa América, had told Brazilian health officials about the positive results on Friday night.

“The health department was notified by Conmebol that 12 members of the Venezuelan national team’s delegation, including players and coaching staff, tested positive for Covid-19,” the health authorities said in a statement to The A.P. Venezuela’s team arrived in Brazil on Friday.

“They are all asymptomatic, isolated in single rooms and are being monitored,” the statement added.

Conmebol made no public comments on the reports, or the positive tests, on Saturday.

But the tests — if confirmed — left unclear if Venezuela’s game against Brazil would be allowed to go ahead. The players on Brazil’s team have gone public with their concerns about the tournament, even as they have committed to play in it. Almost 500,000 people have died from the virus in Brazil, more than any country except the United States. 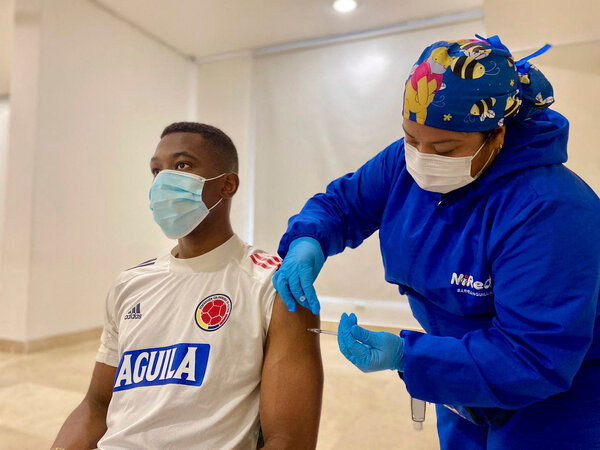 The Copa América is the oldest international competition in soccer. This year’s edition, though, can already lay a claim to being the most unpopular edition in its 105-year history.

An 11th-hour decision to switch the 10-nation event to Brazil amid its ongoing struggles to contain the coronavirus has led to protests and widespread condemnation inside and outside the country. The tournament was supposed to be held jointly by Colombia and Argentina, but Colombia was dropped amid political protests and then Argentina announced — two weeks before the games were to begin — that it could no longer safely stage the tournament.

Brazil’s populist leader Jair Bolsonaro, whose handling of the pandemic has drawn much criticism, jumped at the opportunity to step in. The decision to bring the event to a nation still battling the pandemic sparked immediate outrage, with the competition, which will be played without spectators, being darkly described by some opponents as the “championship of death.”

“We are against the organization of the Copa América, but we will never say no to the Brazilian team,” the players said in an unsigned statement.

Still, the outrage continued, and even led to an emergency appeal to Brazil’s Supreme Court by opponents who wanted it canceled. The court on Thursday ruled the games could go ahead.

The event will, though, be played without two of its major sponsors. Mastercard, a tournament partner since 1992, and the brewing giant Ambev said they could no longer associate their brands with this year’s Copa América.