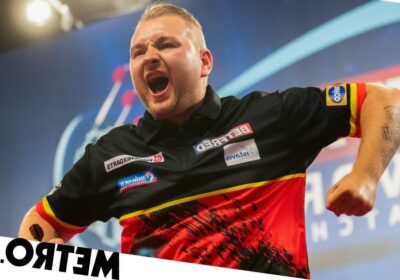 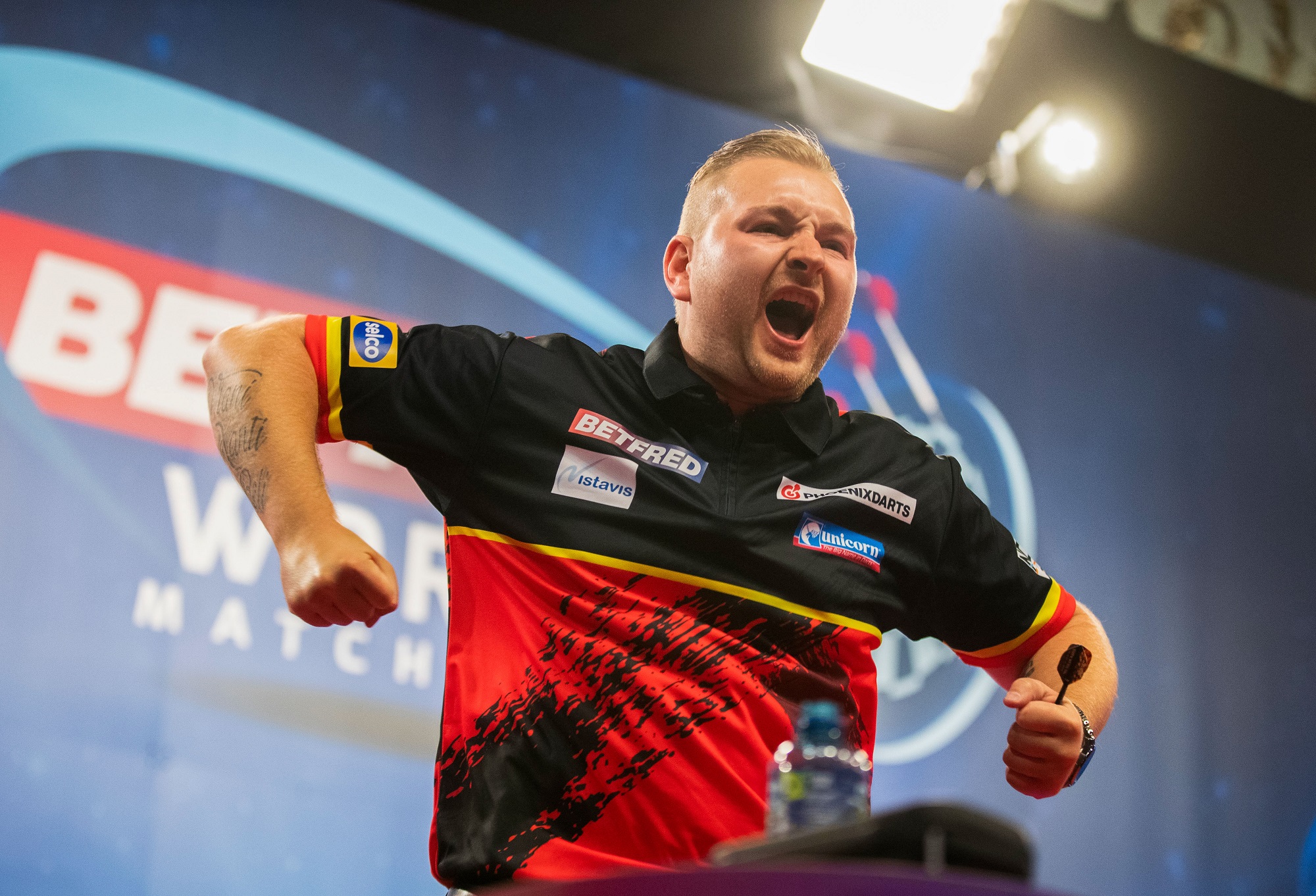 Michael van Gerwen is not ready to view Dimitri van den Bergh as part of the elite of darts just yet, although the Belgian will have the chance to prove him wrong in the World Matchplay semi-finals.

Van den Bergh is keeping up his immense record at the Matchplay, winning on debut in 2020, losing in the final last year and back to the semis for a third consecutive year after an epic win over world champion Peter Wright on Thursday night.

The 28-year-old clearly loves this tournament, but it is still the only major title he has claimed and Van Gerwen still thinks the Dream Maker has more to show to join MVG in the sport’s elite.

That is not to say the Dutchman is overlooking the Belgian and knows he will have to deal with a confident and calm opponent who is harnessing the power of reiki.

Asked if Van den Bergh is in the elite of darts, Van Gerwen said: ‘I don’t want to go that far yet. Of course he’s a great player. He plays really well, especially at the main stage.

‘His reiki at the moment really works, that’s really important for him as well, but I need to make sure I break that, as simple as that.

‘I’m going to try everything possible towards him, I feel good and I hope I can manage to do even better in the next one. I’m looking forward to it.

‘He’s a more cool player, he does his reiki stuff, he’s in the zone and I need to get myself prepared for that.

‘Outside that, he’s a phenomenal player and I need to prepare myself for the worst. He doesn’t beat Peter Wright for nothing, he can play darts.’

Van Gerwen beat Nathan Aspinall 16-14 in his quarter-final, averaging 101.86, while Van den Bergh finished with even better numbers on 102.01.

The Belgian is loving his latest run in the Matchplay, describing the Winter Gardens as ‘Dimitri Van den Bergh’s dreamland’.

‘I’ve learned to dig deep, I’ve learned to never give up and believe in my own ability,’ said Van den Bergh. ‘I’m working hard and doing everything I can to chase my dreams and create a beautiful future for my family.

‘When I was 4-1 down, I felt it was a repeat of last year’s final, but I wasn’t playing badly, and I managed to stay positive.

‘I’m in the semi-finals! There is no pleasure beach, this is Dimitri Van den Bergh’s dreamland, and that’s exactly how I feel right now.’