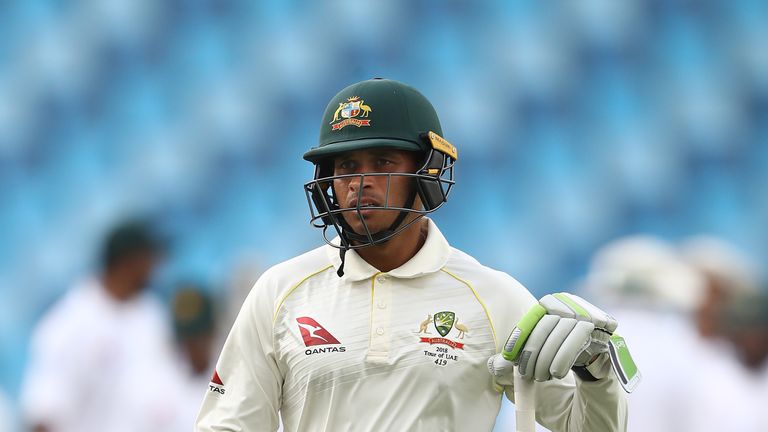 Usman Khawaja’s brother has been charged by police after he allegedly planted a note detailing a fake terror plot in order to frame a love rival.

Arsalan Khawaja, the older sibling of Australia Test batsman Usman, was arrested by counter-terror investigators in Parramatta, west of Sydney, on Tuesday morning.

Police have confirmed that he has been charged with forgery and attempting to pervert justice with regards to a false document containing information on a scheme to target senior politicians and major monuments.

The bogus hit list – which included former Prime Minister Malcolm Turnbull and the Sydney Opera House – was found in a notebook at University of New South Wales on August 30.

Its alarming discovery led to the wrongful arrest of PhD student Mohamed Nizamdeen, but the case against Mr Nizamdeen was dismissed after officers were left unable to link the handwriting on the notebook to him.

Assistant police commissioner Mick Willing told reporters that Mr Nizamdeen, 25, had been the victim of a “planned and calculated” ruse, which he said was “motivated, in part, by a personal grievance”.

The Sydney Morning Herald is among the Australian news outlets reporting that the ill feeling between the pair was over a woman they both liked.

According to the Herald, Mr Nizamdeen is now suing police over his arrest, claiming the authorities were “immature” and “unprofessional” in the way they treated him.

Mr Willing said: “We regret the circumstances which led to him being charged and the time he subsequently spent in custody. We feel very sorry for him and what happened to him.”

Arsalan Khawaja, meanwhile, has already made his first court appearance and was granted bail with conditions, including surrendering his passport, not going within 100 metres of the university, and a $50,000 (£28,931) surety.

The 39-year-old is also required to report to Parramatta police station three times a week and is barred from contacting people who may be called as witnesses, with his next court date set for February 12.

His brother Usman, 31, offered little in the way of comment when quizzed by Fox Sports ahead of Australia’s upcoming test match against India in Adelaide.

The cricketer said: “Out of respect for the process, it’d be inappropriate for me to make any further comments.”