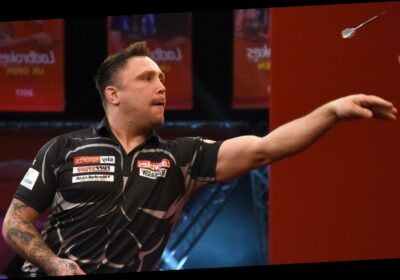 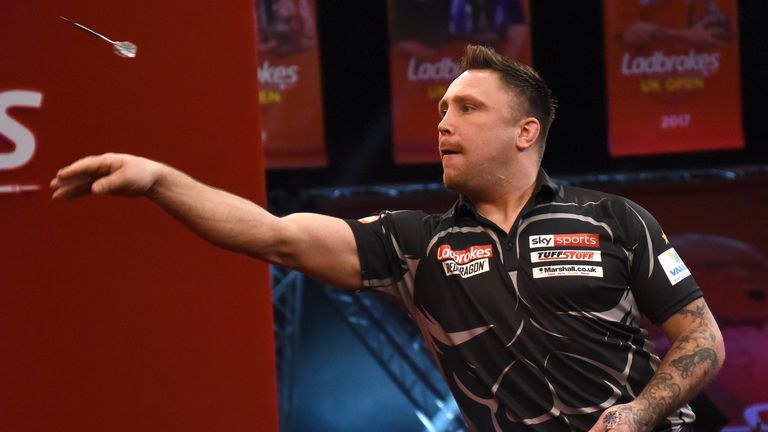 The world’s top two players, Gerwyn Price and Michael van Gerwen, made it safely through to the quarter-finals of the UK Open after a frantic Saturday in Milton Keynes.

Price delivered one of the performances of the evening, with a dominant 10-5 win over Chris Dobey. ‘Hollywood’ played his part in the contest, averaging 101 but was second best against ‘The Iceman’.

The world champion is through to the last eight, where he has been drawn to play against Devon Petersen.

Meanwhile, Michael van Gerwen was pushed all the way by Jose De Sousa, but prevailed in a last-leg decider in the last 16.

The tie was finely poised at 5-5, but the Dutchman then made his move with three consecutive legs. Nonetheless, ‘The Special One’ levelled it up at 8-8 before bringing it all the way. But the three-time world champion had too much in the tank, delivering a 14-darter with the pressure heaped on to progress to the quarter-final.

The in-form Jonny Clayton displayed his brilliant best on Saturday afternoon, averaging 108.4 in a 10-3 win over Dirk van Duijvenbode. ‘The Ferret’ seemed like a real contender in the tournament, looking to back up his Masters and Pro Tour titles already won in 2021, but ran into a red-hot Krzysztof Ratajski.

‘The Polish Eagle’ stunned the Welsh star, storming into a 6-0 lead. The World Cup winner was left with too much to do despite his attempted comeback. Ratajski averaged over 110 for the majority of the contest, and although he eased up approaching the finish line, he nonetheless delivered a 10-3 victory with a statement performance. 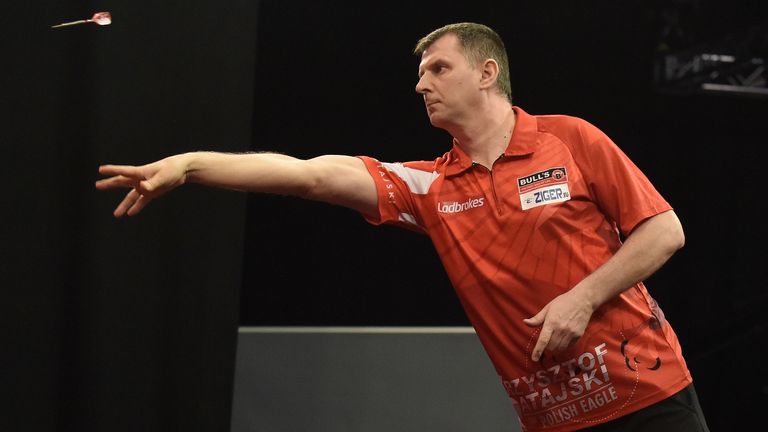 Dave Chisnall, having knocked out Peter Wright on Friday, kicked on with a pair of 10-8 wins over Danny Noppert and Alan Soutar. Scotland’s Soutar saw his impressive run come to an end, after the 2021 Q-School graduate made it through to the last 16, as he beat Raymond van Barneveld, Mickey Mansell, Stephen Bunting and Ron Meulenkamp along the way. 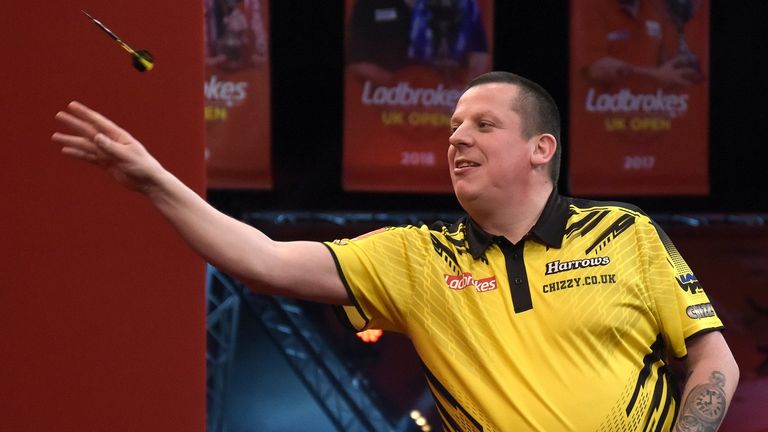 Petersen remarkably came back from a 4-2 deficit against Peter Jacques to win 10-4, after ‘The African Warrior’ had overcome Scott Waites earlier in the day.

John Brown, the last survivor from Friday’s first round, exited in the last 32 as Dobey ran out a 10-1 winner.

Peter Wright and Gary Anderson were among the names to be eliminated on Friday.

Watch live coverage of the 2021 Premier League on Sky Sports – the action gets under way on Monday April 5 with five consecutive nights of action from the Marshall Arena, Milton Keynes.