JON JONES showed off his bizarre new training method – as he worked out in full camo gear with a MACHINE GUN.

The all-time UFC great is preparing to make a move up to heavyweight next year, and looks to have found inventive ways of packing on the pounds. 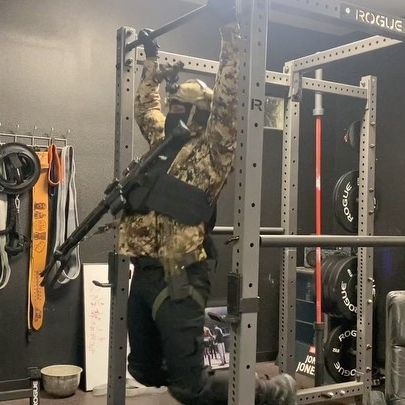 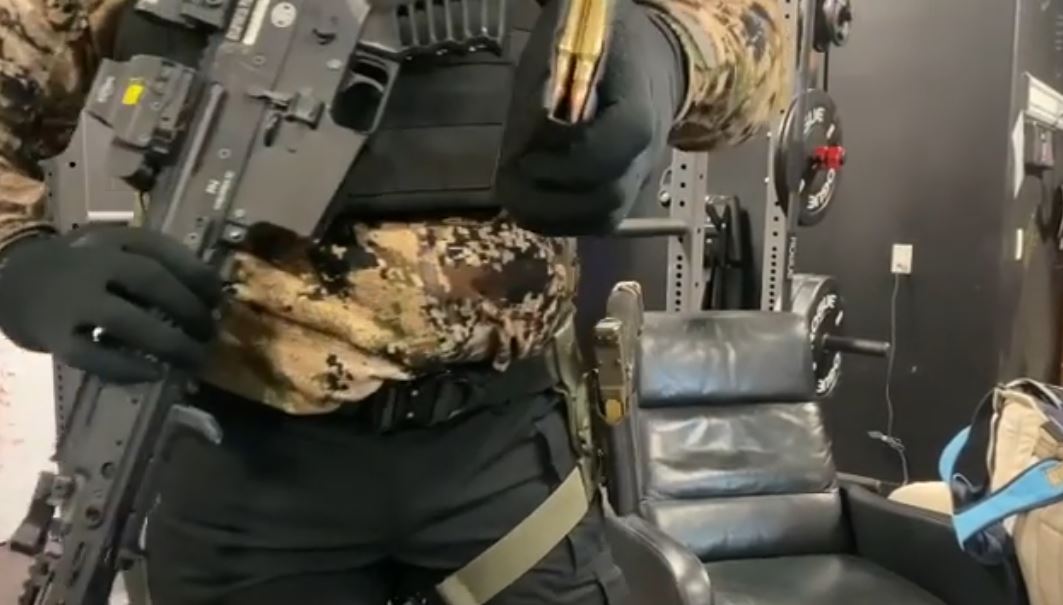 But in the second, he does so with a machine gun strapped around his torso with a pistol by his waist.

Jones posted a picture beforehand at his Albuquerque gym in New Mexico, surrounded by others in army wear.

The 33-year-old appears to be incorporating military training into his camp to help mentally prepare with the experience of fighting outside the cage.

Jones wrote online: "Sometime learning how to fight in different environments is a necessity for growth.

"Show me your friend I will show you your future. Train with the best."

Jones recently vacated his light-heavyweight crown to step up, where Stipe Miocic, 38, reigns as champion.

But he will be overlooked for an immediate title shot, with Franics Ngannou – who lost to Miocic in 2018 – next in line with a rematch. 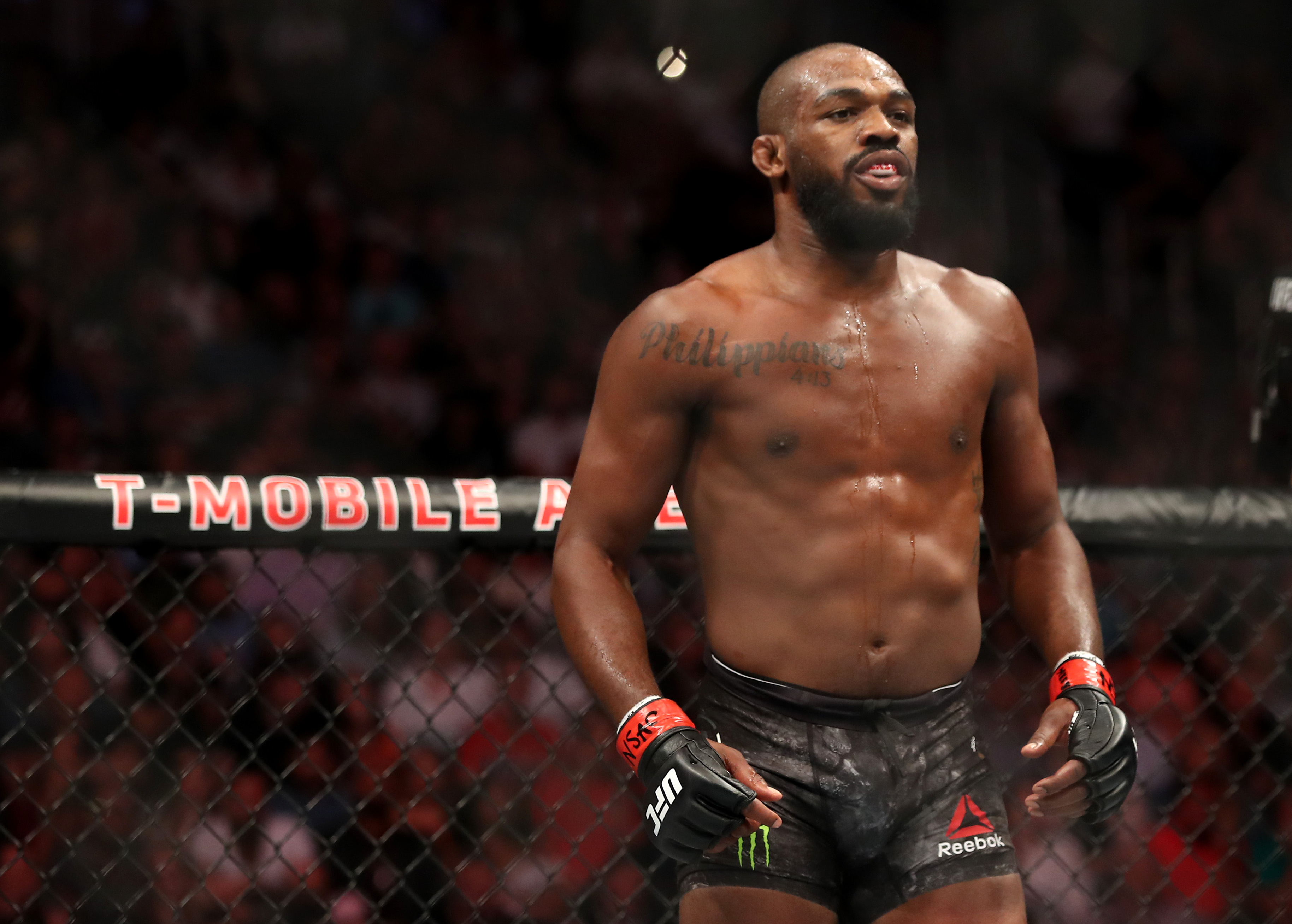 UFC president Dana White told BT Sport: “No, he doesn’t get the jump over Francis and fight for a title.

“I don’t know what we’re going to do or how it’s going to play out but we’re working on it.”

Jones has not fought since narrowly beating Dominick Reyes, 30, by split-decision in February.

But after a positive chat with the American legend, White is confident he will return in 2021 and on good terms with the UFC.

White said: “Jon Jones and I had the best conversation that we’ve ever had about a week ago and he’s ready.

“He’s ready to come back, his head’s in the right place and he and I are in a really good place.”