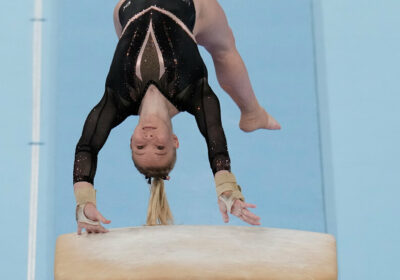 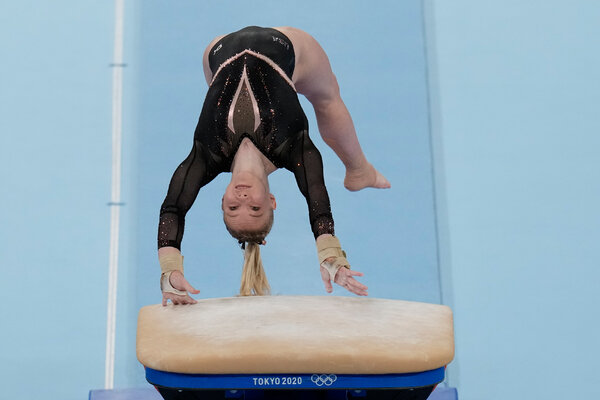 Here are some highlights of U.S. broadcast coverage on Sunday evening and overnight. Early on Monday morning, Megan Rapinoe and the U.S. women’s soccer team head into the semifinals. Follow The New York Times for live updates when the game starts at 4 a.m. on USA Network. All times are Eastern.

GYMNASTICS The women’s gymnastics apparatus finals will be presented at 7 p.m. on Sunday on NBC. MyKayla Skinner and her fellow American Jade Carey competed in the vault final, where Skinner took home the silver.

Carey is expected to represent the U.S. in the floor final, which can be streamed live at 4 a.m. on Monday on Peacock. Coverage will also be presented at 8 p.m. on Monday on NBC.

BASKETBALL In pursuit of a seventh consecutive gold medal, Sue Bird, Diana Taurasi and the U.S. women’s basketball team will face France in its final game of group play. USA Network will air the game live at 12:30 a.m. on Monday. With a victory, the U.S. will advance to the quarterfinals.

SOCCER Megan Rapinoe and the U.S. women’s soccer team will play Canada in the semifinals at 4 a.m. on Monday on USA Network, with a spot in the gold medal match on the line.

BASEBALL The U.S. baseball team, featuring former M.L.B. players Todd Frazier and Edwin Jackson, will face Japan in the playoff round live at 6 a.m. on Monday on NBCSN.