TYSON FURY has hilariously warned Anthony Joshua that boxing's 'feather duster' isready to clean him out in the Battle of Britain.

The Gypsy King was the special studio guest for BT Sport's coverage of Daniel Dubois' easy win against Ricardo Snijders on Saturday night. 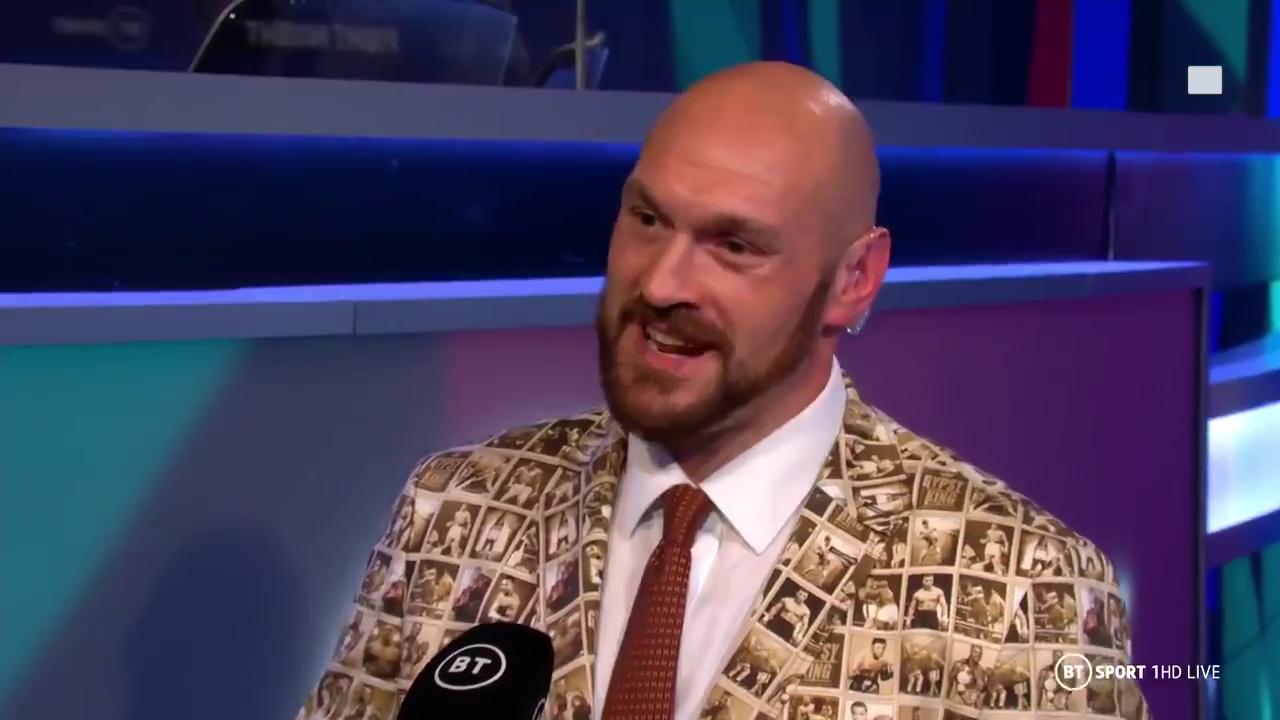 And after reportedly agreeing two fights against AJ in 2021, Fury used the airtime to plead for his opponent to get the nitty gritty of the deal thrashed out.

Before Fury sensationally KO'd Wilder in February, his American opponent taunted the Morecambe man that he had "pillow fists".

But Wilder was left in no doubt of Fury's power after being put down twice before his corner pulled him out in the seventh round.

And Fury fired an ominous warning to WBO, WBA and IBF champ Joshua ahead of their undisputed clash.

He said: "An interesting fact is, me, the old feather duster here, who can't crack an egg has beaten, the No1 and No4 biggest punchers in the heavyweight division.

"The WBC did a thing on it earlier, I had to comment and put some laughing faces on.

"And No1 was Wilder and No4 was Klitschko, and Mr feather duster has beaten both.

"So that will be three knockout masters by one feather duster, that's not bad is it?"

Wilder has signed for the trilogy fight against Fury, but after having bicep surgery, he faces a race against time to get it signed and sealed before the year is out.

And Fury hinted that boxing politics could even tempt him into another venture into WWE.

Back October 2019 the 32-year-old beat Braun Strowman by count out at the Crown Jewel event out in Saudi Arabia.

He continued: “I don’t know if Wilder can’t take that fight, I know Povetkin is my mandatory but there might be a rematch [against Dillian Whyte] 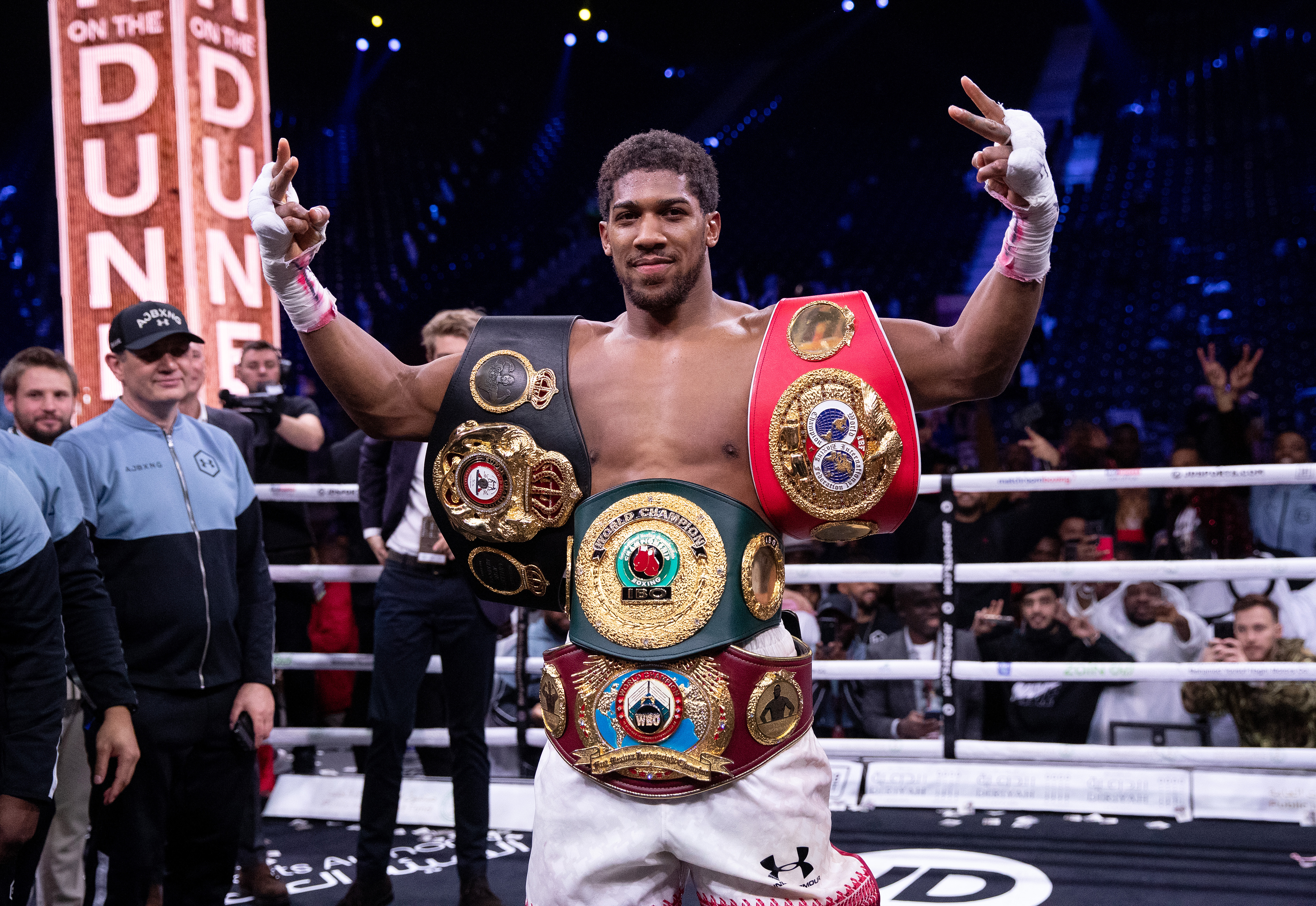