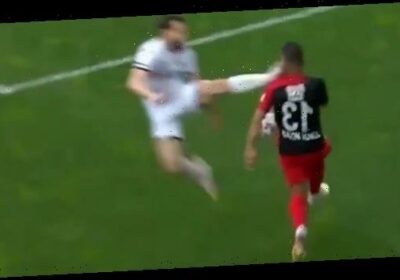 The right-back was sent off for a horror flying kick to Junior Morais' face during Denizlispor's 2-0 defeat to Gaziantep. 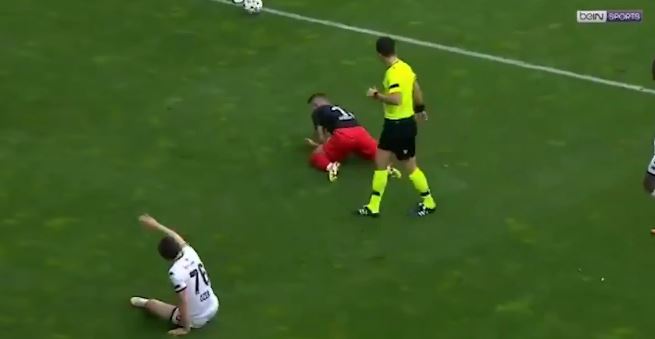 The game was waiting on a breakthrough five minutes into the second-half when Ozdemir drastically ignored the rules on high foot.

Gaziantep later revealed that Morais needed seven stitches to patch up the laceration on his face that had fans online wincing.

One fan tweeted: "You see this and that kick from De Jong to Xabi Alonso is NOTHING."

A third added: "Sergio Ramos would have kicked him and shouted at him for jumping too high."

The Juventus superstar somehow avoided a red card after kicking the opposition goalkeeper in the neck.

And to make matters worse for Cagliari, Ronaldo went on to score a hat-trick and secure a 3-1 win on Sunday night.

Ozdemir meanwhile saw his Denizlispor side concede twice on their way to a 2-0 defeat after he had been dismissed.

Nouha Dicko opened the scoring for the home side 20 minutes from time before Muhammet Demir sealed the points with a last-minute penalty.