Royal Randwick will become the home of the two richest turf races in the world next October as Racing NSW looks to extend the Sydney spring carnival with another multi-million-dollar event, which will be worth more the 2019 Melbourne Cup.

The audacious plan, which was approved by the Racing NSW board on Thursday, had been a closely kept secret but Australian Turf Club officials were formally told of the concept for the race on Friday and the details will be announced later this week. 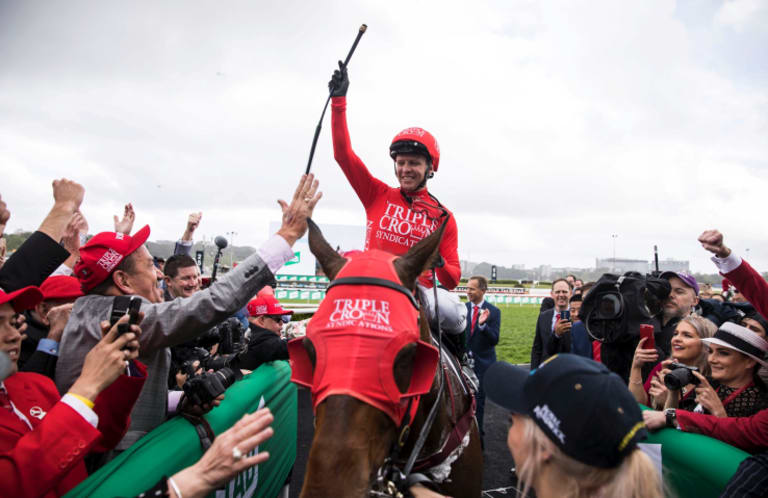 The success of The Everest in its first two years has fuelled Racing NSW's desire for another race in the spring.

The Herald understands the race will have more than $8 million in stakes and will once again challenge the status quo of the racing calendar.

Melbourne has had a stranglehold on spring racing, with its famed carnival drawing on a tradition of more than 150 years, but its main events are all over extended trips – the Cox Plate at 2040m, the Caulfield Cup at 2400m and the Melbourne Cup over 3200m. It can be assumed the new race will not be over that distance range.

The way Australian racing has evolved it has moved to shorter distances, with more explosive horses, and the Sydney race is believed to focus on that strength.

The race will give the Sydney spring another feature day and will compliment the highly successful Everest, which will be run on Caulfield Cup day next year.

With the George Main Stakes in September, that means the Sydney spring will have strong racing across a six-week period.

A race covering the middle-distance range would make sense, as it would encourage the sprinters from The Everest to take on the milers from races such as the George Main and The Epsom at a trip that would test both speed and stamina.

The Herald understands Racing NSW chief executive Peter V’landys believes racing administrations across the country should make the most of the month of October, as it falls between the end of the major football codes and start of the cricket season. V'landys believes racing nationwide should capitalise on the gap in the market, rather than seeing October as a month owned solely by Victoria.

There have been rumours around racing circles that the new race was to be a $2 million race over two miles for Australian-bred horses on Melbourne Cup day. But it is understood that is not correct and that a race on Melbourne Cup had never been considered.

“We will have an announcement that will play to our strengths,” V'landys said.

The race will not be slots-based, like The Everest, nor will there be a public vote as in Racing Victoria's recently announced All Star Mile. But the high stakes are sure to attract attention. V'landys indicated there may be more more than one new race in the announcement.

The Herald understands the race could be part of a tri-code approach to a weekend of racing excellence, which would include the Million-Dollar Chase for the greyhounds at Wentworth Park and a million-dollar harness racing event at Menangle.

The idea could be funded by a new bet type that may be coming on line in the new year through the TAB. Tabcorp would not comment on any developments of a new bet type last week.