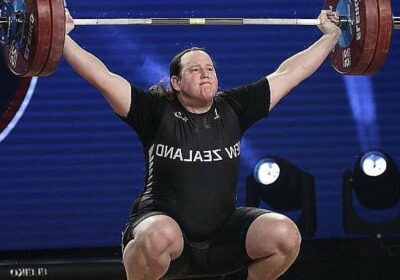 Trans athletes DO retain an advantage in sport and open categories could be used to protect female-only competition, says game-changing report from UK sport councils

Trans women do retain an advantage when competing in female sport even when testosterone levels have been reduced, according to new guidance from UK sports councils.

Currently, under International Olympic Committee guidelines, transgender athletes can compete in elite sport as a woman, provided their testosterone levels are below 10 nanomoles per litre for at least 12 months before their first competition.

But the report from UK Sport, Sport England, Sport Wales, Sport Scotland and Sport Northern Ireland states that testosterone suppression does not take away the physical advantages of trans women in female sport.

As a result, say the sports councils, it is not possible to guarantee safety and competitive fairness in some activities and different sports will have to find ‘innovative and creative ways to ensure nobody is left out’.

It also suggests sports could come up with new formats, such as non-contact versions of team sports, that can be played safely and fairly by everyone.

The long-awaited document reviews the latest research, is based on interviews with 300 people and 175 organisations and took 18 months to compile.

Laurel Hubbard, 43, was born male but transitioned to female in her 30s. She competed in men’s weightlifting competitions before transitioning in 2013 and taking part in the Tokyo Olympics. She is pictured post transition, in 2017 competing during the world championships

‘Long-term evidence indicates that males have numerous physical advantages in sport compared with females, and this is recognised in law…’ the sports councils state.

‘Current research indicates that testosterone suppression does not negate this physical advantage over females and so cannot guarantee competitive fairness and/or safety.’

The documents released today add: ‘The guidance provides content and a framework on which sports can make decisions and sets out some of the options a sport might consider, from prioritising transgender inclusion, or protecting the female category, and to additionally introducing universal admission.’

The sports councils are not regulatory bodies and the documents are for guidance within the UK. They do not apply to international or elite sport.

‘TRANSGENDER ATHLETES MAY NOT HAVE ADVANTAGE’

Transgender women may have enhanced physical development, but it is not necessarily an overwhelming advantage in sports, according to an expert.

Joanna Harper, a researcher at Loughborough University, said dividing competitors into weight categories in certain sports, like weightlifting, means that physical differences between trans women and other athletes are mitigated.

And she said there is little research on whether trans women are stronger than other women of a similar physical build.

Harper was responding to the controversy over New Zealand transgender weightlifter Laurel Hubbard participating in the female competition after she qualified to compete in the superheavyweight category in Tokyo.

Hubbard grew up as a man and competed at a high level in weightlifting, before transitioning in 2013. She had undergone testosterone suppression, as required by the IOC.

However, at the Olympics she was not expected to win since other athletes had a far superior performance. In the event, she was eliminated without recording a successful lift.

‘All these women are big and strong. In terms of size and strength she is not an outlier among this group of women,’ said Harper, before the competition.

‘Is it exactly a level competition? Maybe not, but there is no advantage that Hubbard has that overwhelms some of the advantages some of the other women have,’ she added.

Harper said that no research has been conducted in the field of weight lifting,

However, the US Air Force found last year that suppressing testosterone in trans women – which is also required to compete at the Olympics – did remove an advantage in terms of the number of push-ups they could achieve, suggesting there was an impact on strength.

However, this is a significant contribution to the debate around transgender participation and may herald changes at the elite level.

‘The IOC announced recently that their guidelines are no longer fit for purpose, and they are continuing to review them,’ said the UK sports councils.

The issue of trans participation came into sharp focus ahead of the Tokyo Olympics after the New Zealand team selected the transgender athlete, Laurel Hubbard, to compete in the +87kg weightlifting category.

Hubbard was the first transgender athlete to compete at the Olympics. She took part in men’s competition before transitioning in 2013, and participated in the women’s super-heavyweight category in Tokyo.

However, she was eliminated without recording a successful lift.

The debate over Hubbard’s participation swung between her right to take part as a trans athlete who was compliant with the IOC guidelines for testosterone suppression and concern over any retained physical advantage stemming from growing up as a male.

Belgian weightlifter Anna Vanbellinghen, who was due to compete against Hubbard in Tokyo, said prior to the competition: ‘It’s unfair to the sport and to the athletes. The whole thing feels like a bad joke.’

However, Australian competitor Charisma Amoe-Tarrant said she had no problem with Hubbard’s inclusion and the Kiwi transgender athlete also received support from the New Zealand Prime Minister Jacinda Ardern

The UK sports councils are unequivocal in saying that suppressing testosterone for 12 months ‘cannot guarantee fairness’.

‘There appears to be a retention of physical capacity in transgender people who suppress testosterone from male levels,’ they add. ‘Such physical differences will also impact on safety parameters in sports which are combat, collision or contact in nature.’

The review highlights recent research, which supports the councils’ conclusions.

The guidelines say adult male athletes have on average a 10-12% performance advantage over female competitors in swimming and running events, and that increases to a 20% advantage in jumping events, and 35% greater performance in strength-based sports such as weightlifting for similar-sized athletes.

‘An understanding of the gap between the two sexes can be recognised by results of practice matches between national senior women’s football teams against underage boys’ teams in recent years,’ the sports bodies say. ‘The national teams from Australia, USA and Brazil were beaten comprehensively (7-0, 5-2, 6-0 respectively) by club teams of 14- and 15-year-old boys.’

Hubbard (left) was ranked fourth among the 14 Olympic qualifiers; but British Olympic swimmer Sharron Davies (right) hit out at a decision to allow Hubbard to compete in Tokyo

Individual sports will have to consider what the guidelines mean for them. The issues under consideration will vary, for example the guidelines highlight potential safety considerations for collision and combat sports and fairness issues for power sports, like sprinting.

‘No one was able to offer a single solution which would resolve all the identified issues, or that would satisfy all stakeholders,’ the review states, before calling for a ‘reset’ in the system.

In addition, the sports councils stress the need to encourage participation for all.

Sports will have to consider whether they are prioritising transgender inclusion; protecting the female category by having open and ‘female-only’ sections or establishing new formats by adapting rules to include non-contact versions of team sports so that everyone can play.

‘The key point is that there is a reason why we have separate male and female categories for sport – the reason is the biological differences between men and women,’ Chris Lavey, a solicitor advocate in the Bird & Bird Sports Group in London, told Sportsmail earlier this year.

‘Obviously, there is a huge overlap in sporting ability between men and women,’ added Lavey, whose firm helped to draft the IOC guidelines on transgender participation.

‘But at the elite level of sport – in athletics, for example, you can compare men’s and women’s world records and you can see [the advantage] is about 10% or 12%, it can go up to 20% in some sports and it can be up to 30% in weightlifting. The empirical evidence and the science supports that.’

‘A trans woman challenges the binary categories that sport operates. Before they undergo any testosterone suppressive treatment, a trans woman is effectively a biological male, with XY chromosomes, testes, male (high) levels of testosterone, who – as a result – has all the physical advantages that any man has over any woman. And some physical advantages that result from high levels of testosterone while growing up will endure.

‘If you have been through a male puberty then you are going to have height advantages, bigger heart, bigger lungs, which will not be affected by testosterone suppression.

‘The science is becoming increasingly clear there are retained advantages even after testosterone suppression. Then the question becomes how, in light of that science, does a sports governing body juggle the competing priorities of fair competition, safety, and inclusion, and that can differ depending on the level at which the sport is played and the nature of the particular sport itself. It might be very different in Sunday league football compared to the Olympics.’

‘It is up to individual sports to consider the science and their policy goals, take a position and, if necessary, regulate.