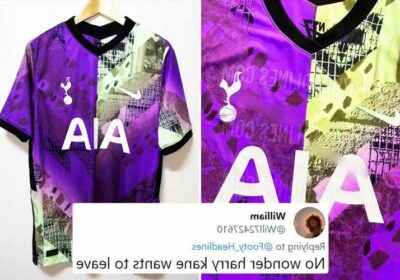 TOTTENHAM’S new third kit for the upcoming season has been leaked online.

And fans are not happy with the purple-and-lime hybrid, with one punter joking: No wonder Harry Kane wants out! 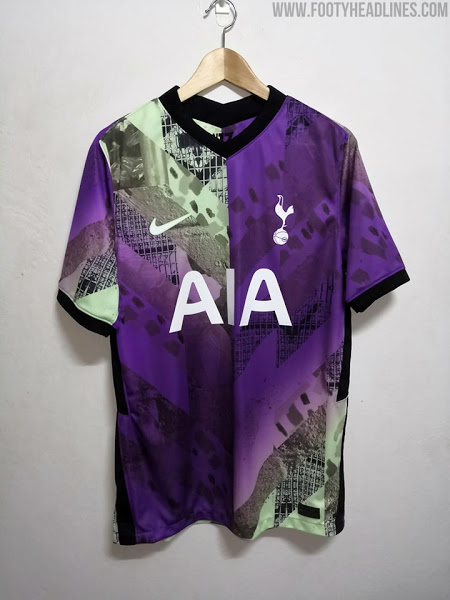 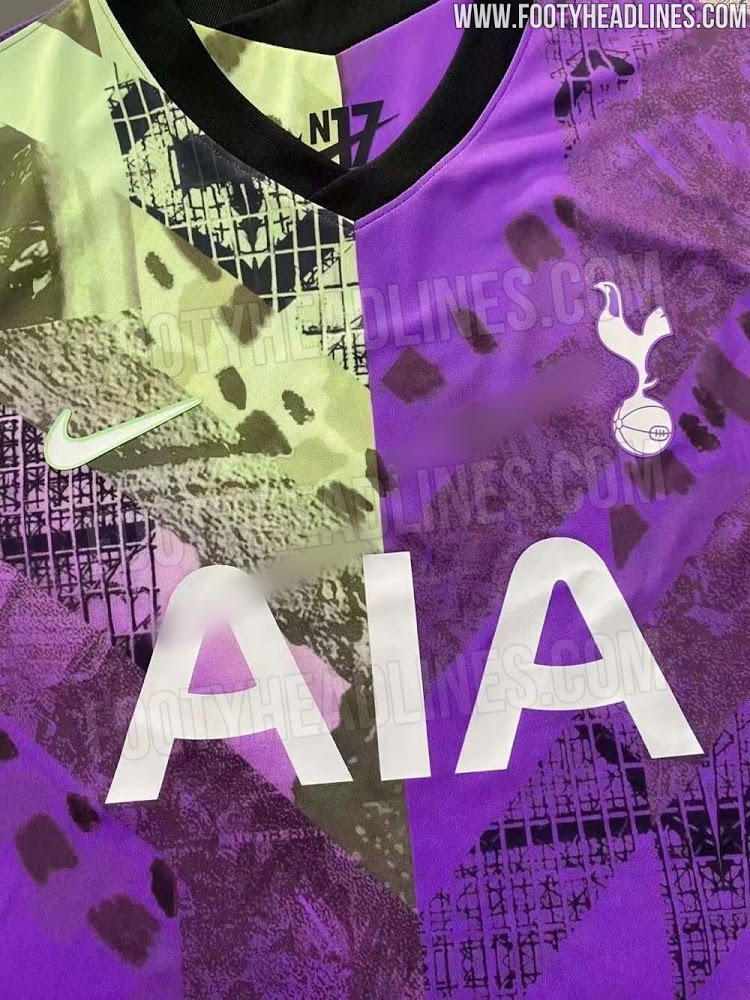 And it is certainly an eye-catching design, blending shades of green and purple together in a bizarre fusion reminiscent of an apple and blackberry pie.

Spurs are yet to appoint a new manager after sacking Jose Mourinho in April.

Daniel Levy has failed to tempt a number of tacticians to Tottenham, including Antonio Conte, Paulo Fonseca and even former boss Mauricio Pochettino.

And they may have all run a mile away after laying eyes on the new third shirt.

Spurs fans certainly didn’t take kindly to the leaked images, with some even linking it with star striker Kane’s desire to join Manchester City.

One person said: “No wonder Harry Kane wants to leave.”

Another wrote: “Dude… my eyes are burning.”

One tweeted: “Has someone spilt bleach on that?”

Another added: “Ugly shirt for an ugly team!”

So bold is the jersey, that it may even rival Chelsea’s infamous alternative kit from last season.

And in December, Chelsea’s shirt was even voted the WORST in the world.