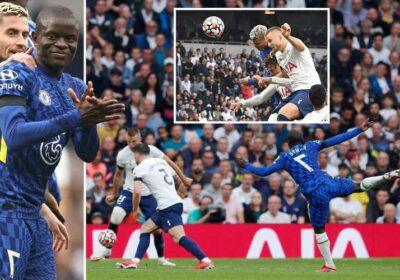 THE football gods have a perverse sense of humour.

On a day tributes were paid to one of the game's greatest goalscorers, the two top strikers on view did not show up. 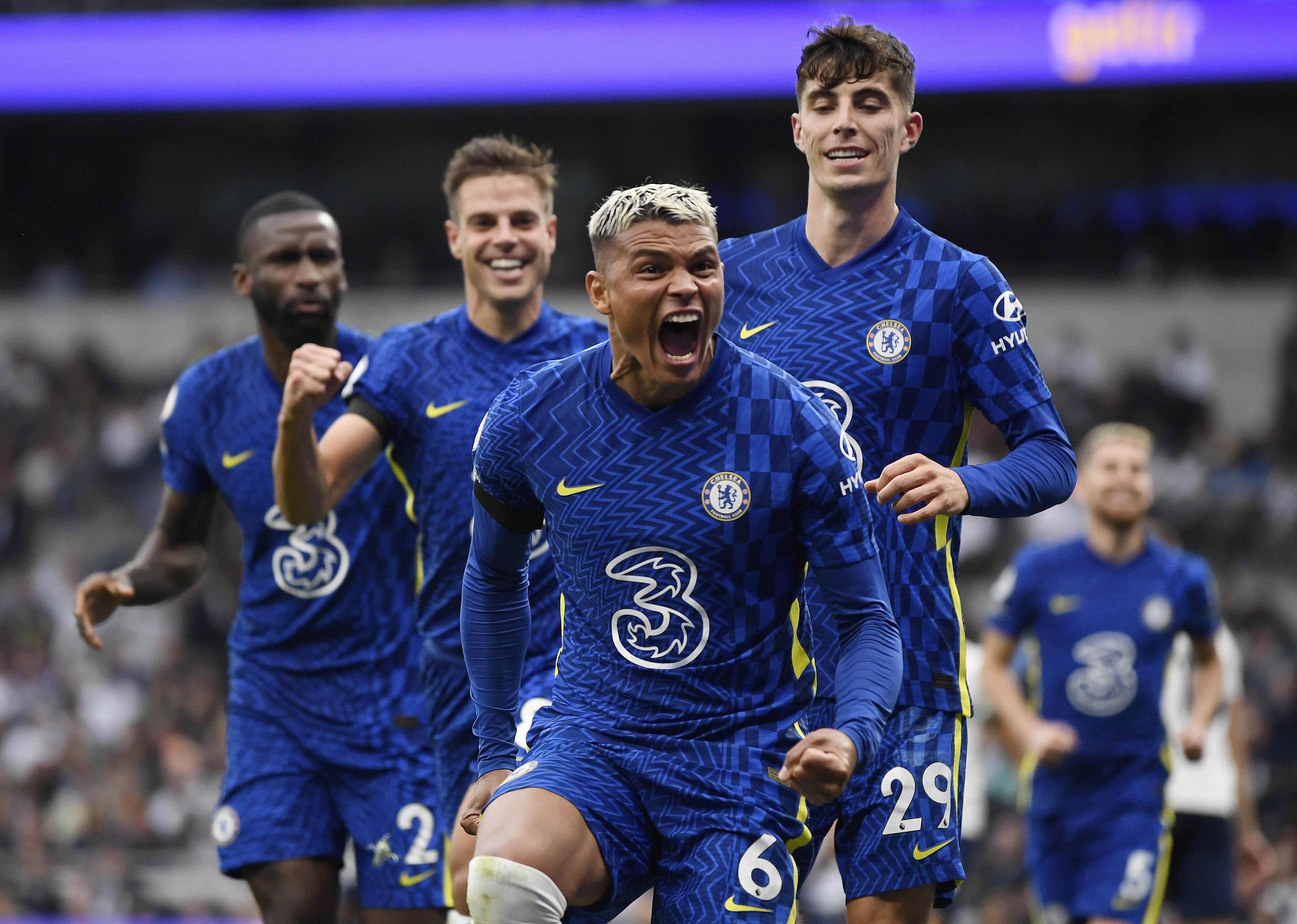 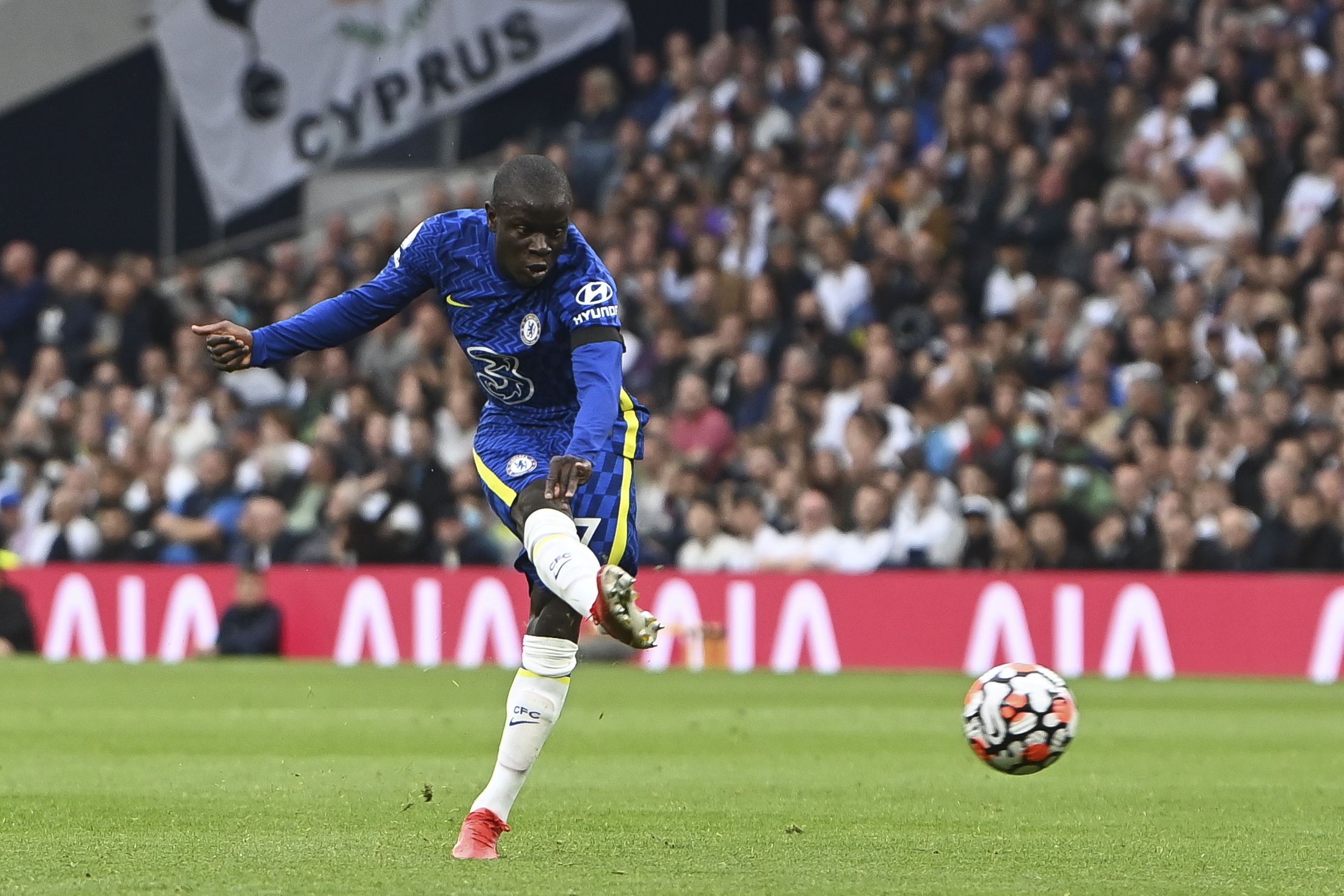 Harry Kane and Romelu Lukaku were expected to make net bulge in honour of Jimmy Greaves, who served both of these clubs with distinction.

But they hardly troubled the keepers as it was left to three players not exactly known for scoring to grab the goals which continued Chelsea’s fine start to the season.

While Spurs frontman Kane and opposite number Lukaku failed to find the net, Blues took the points thanks to second half strikes from Thiago Silva, N’Golo Kante and Antonio Rudiger.

Two defenders and a defensive midfielder is not how it was supposed to be – although Greavsie would surely have been pleased with the fayre served up by his old clubs.

Especially in a goalless first half in which Chelsea were perhaps fortunate to go in level as Spurs matched them toe-to-toe.

But the Blues’ strength in depth showed in the end as the Kings of Europe underlined their Premier League title credentials.

As for Spurs their excellent start of three wins out three has now been blitzed with two successive 3-0 defeats.

And as they staged the first carbon neutral football match – which should be re-tagged #gamezero-three – the hosts simply ran out of energy as they failed to leave any kind of footprint on this clash, let alone a carbon one.

Fans were encouraged to cycle or walk here and swap their half-time meat pies for the veggie option.

The Chelsea squad did not arrive at the stadium until an hour before – hardly a ringing endorsement for buses run on biofuel.

Maybe that is why they took a while to get going.

Defeat was harsh on Tottenham boss Nuno Espirito Santo, who made four changes from last weekend’s 3-0 drubbing at Crystal Palace as he fielded an unusually adventurous team. 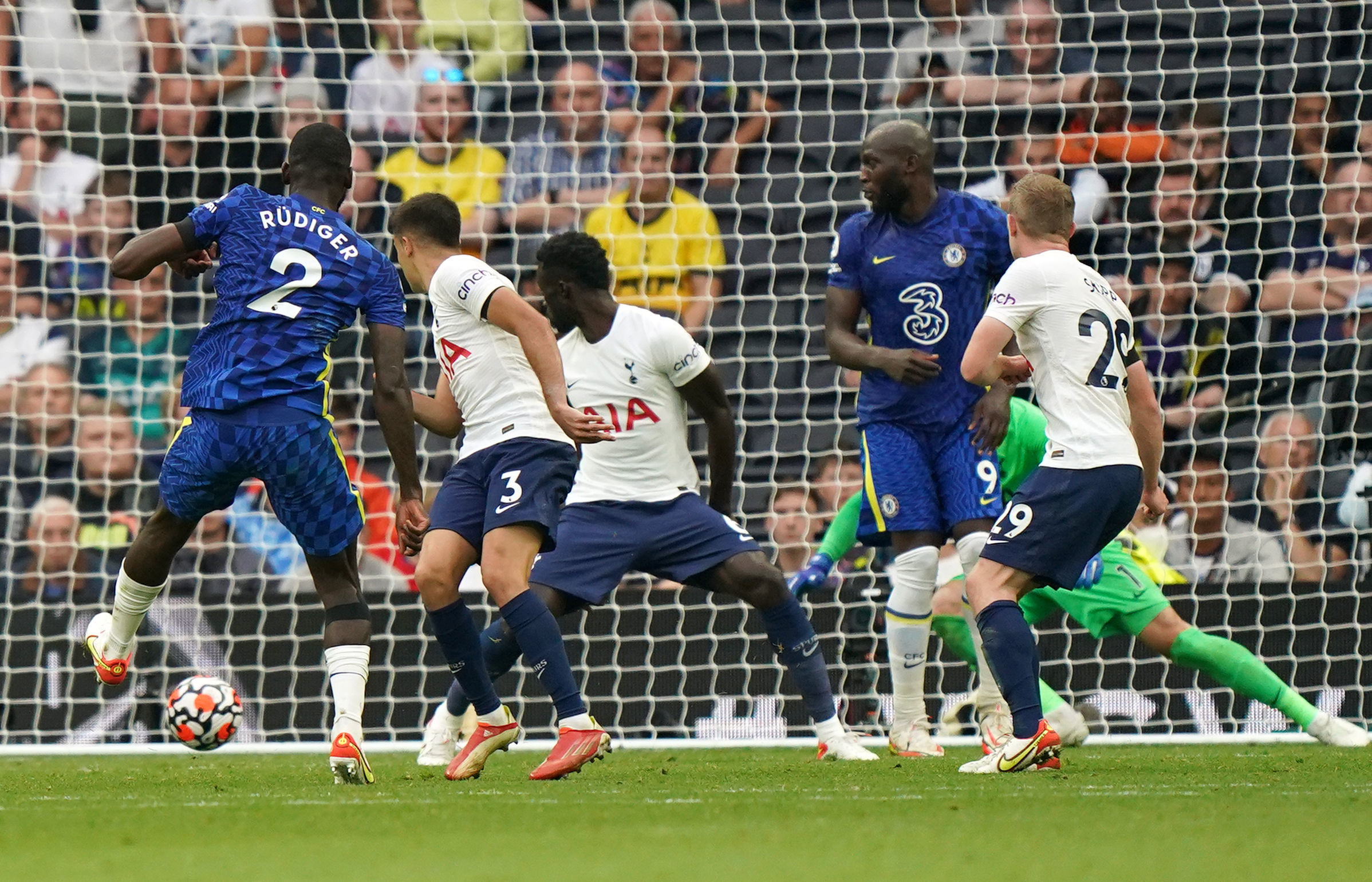 Son Heung-min returned from injury to join fellow attackers Kane and Dele Alli, who were ably supported by Giovani Lo Celso and Tanguy Ndombele, brought back in from the cold.

Spurs fans had been waiting for Nuno to take the handbrake off and field an attacking line up like this – although you wondered if doing so against the rampant European champions would be foolhardy.

But it almost bore fruit in the opening seconds when Son Heung-min’s cross was scuffed by Silva straight at Lo Celso, who sadly for Spurs was not alert enough to direct the ball towards goal.

Chelsea came back into it and Kai Havertz wasted a great chance to give the visitors an 11th minute lead when he completely missed his kick after Cesar Azpilicueta’s header from Rudiger’s diagonal ball found him completely unmarked in the box.

But it was far from one-way traffic as the hosts, feeding off the fervour off their supporters, refused to sit back. 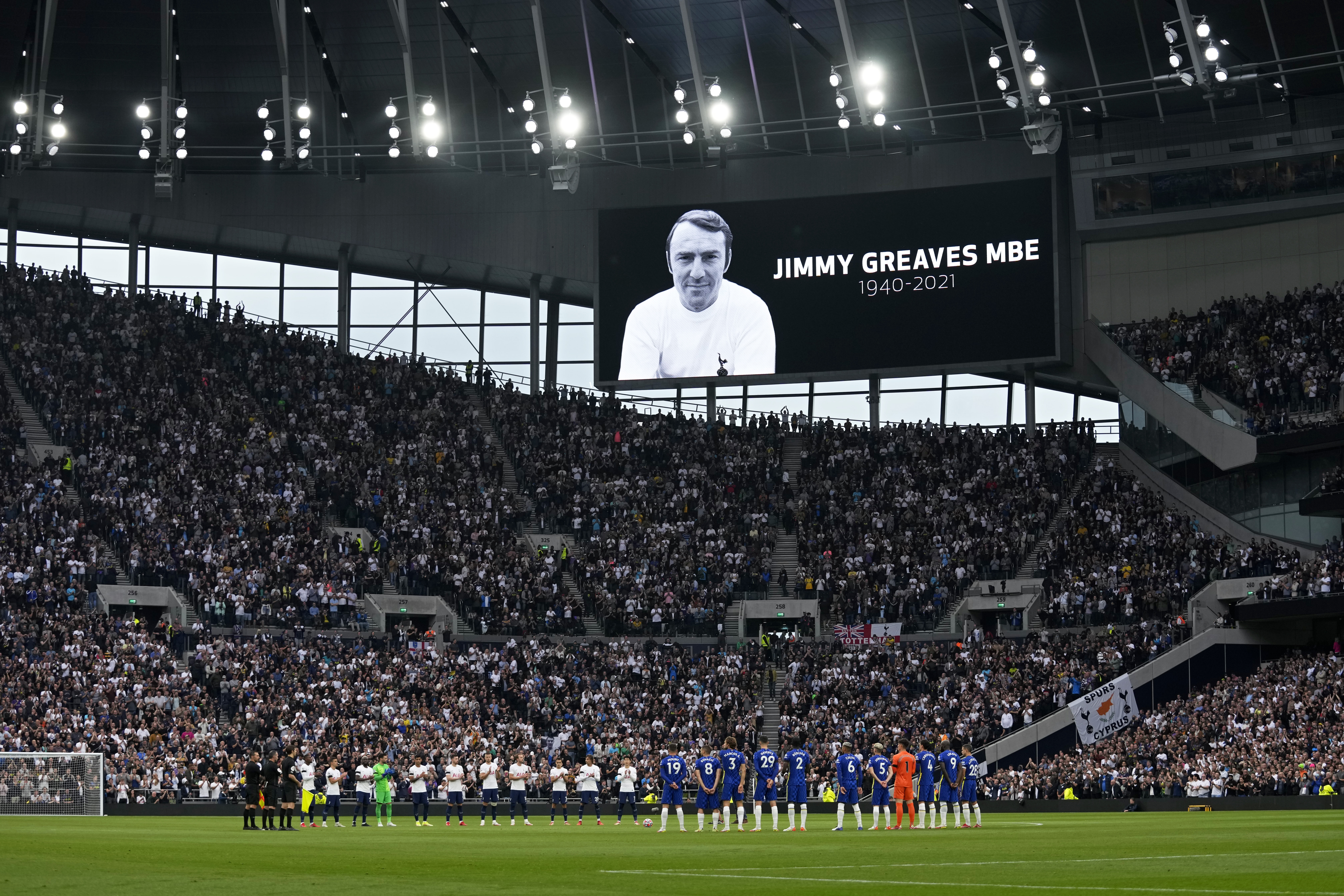 Sergio Reguilon should have done better when Dele’s superb pass sent him racing clear from the halfway line.

But the left-back’s poor final ball ensured the opportunity went begging – although Blues keeper Kepa Arrizbalaga, playing due to an injury to first-choice Edouard Mendy, did his best to try to resurrect it when he spilled Kane’s regulation inswinging cross.

The keeper redeemed himself, however, by diving bravely at Son’s feet to deny the South Korean a goal before half-time.

Tuchel replaced Mount with Kante at the interval, but those who thought it would be a defensive move were sorely mistaken as the visitors came out for the second half with all guns blazing.

Marcos Alonso’s first-time volley – tipped over by Hugo Lloris – just moments after the restart signalled their intent before Silva broke the deadlock in the 49th minute with a simple and preventable goal.

Spurs duo Dele and Dier got in each other’s way trying to defend an Alonso corner, allowing the silky Brazilian to head home his first goal since December. 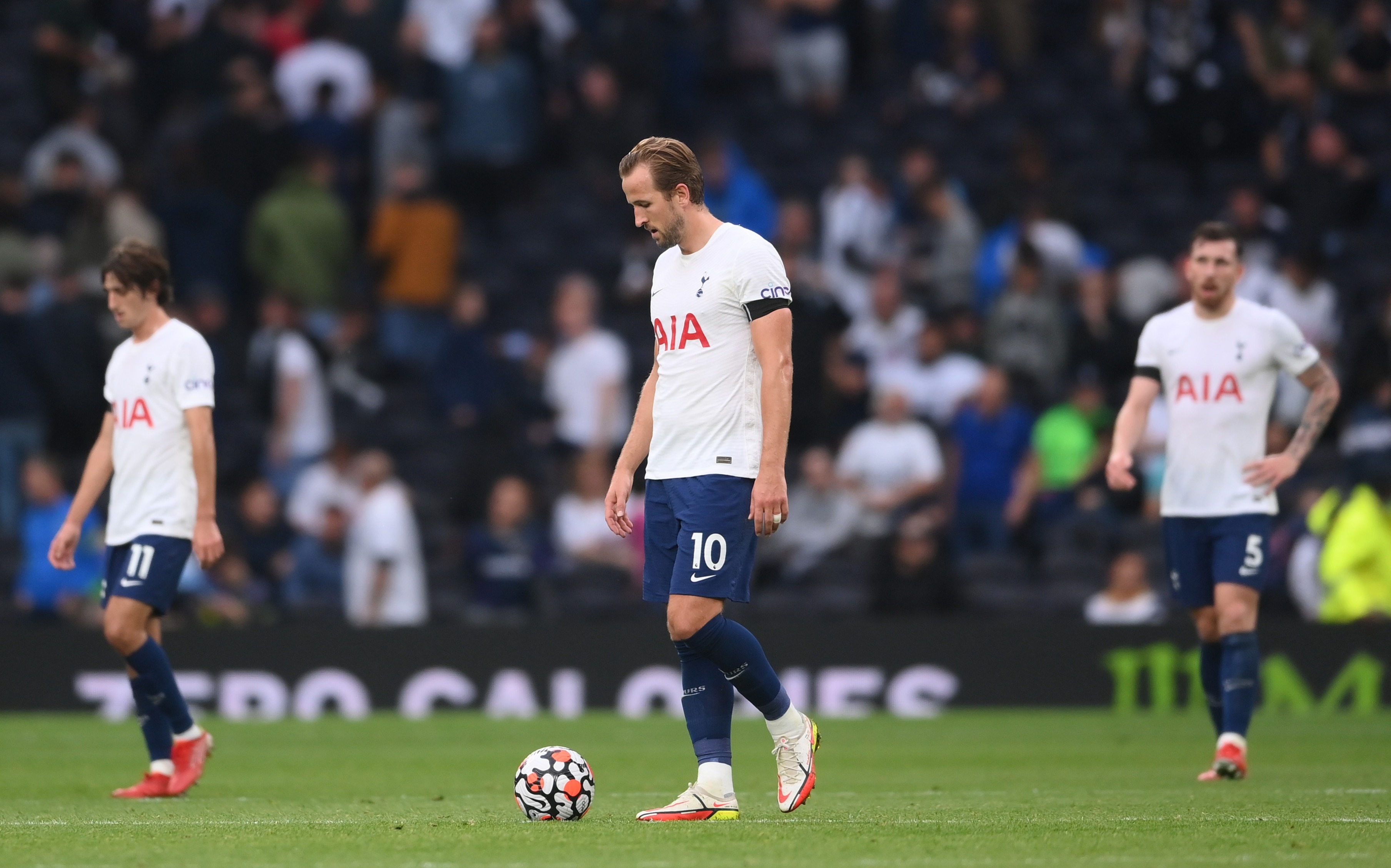 Alonso nearly added a second for Chelsea when Dier blocked his shot on the line.

But the England defender could do nothing when Kante’s speculative long shot deflected off him and into the net, leaving Lloris flat-footed, to make it 2-0 to Tuchel’s team in the 57th minute.

Kane tried to rally Tottenham with a long-range effort of his own but it was easily smothered by Kepa.

But Chelsea remained in charge with Silva having another header from a corner tipped over by Lloris.

Sub Timo Werner then fluffed his lines after being played in by Lukaku.

And the German missed another sitter when after being put through again, he poked his shot straight at Lloris’ legs.

Lukaku had a header saved before Werner set up Rudiger to drill in Chelsea’s third in stoppage time with a finish Greavsie would have been proud of.