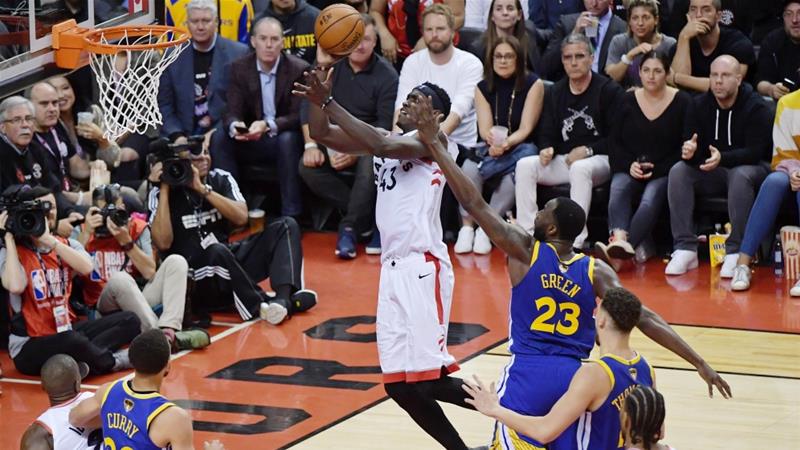 The Toronto Raptors won the first NBA Finals game played outside the United States with a thrilling 118-109 victory over the two-time defending champions Golden State Warriors.

Toronto were led by Cameroonian forward Pascal Siakam, who scored a playoff career-high 32 points on Thursday while Golden State’s sharp-shooting duo of Stephen Curry and Klay Thompson failed to find their usual groove in the opening game of the series.

The Raptors led by 10 points at the halfway point and Siakam, who two years ago was playing in the NBA’s development league, did his part to prevent the Warriors from closing the gap as he went a perfect six-for-six shooting in the third quarter.

“It just proves that if you put the work in, man, and it’s something that it’s so cliche most of the time, but that’s the story of my life,” said Siakam, whose total points were the most in an NBA Finals game by an NBA G League alumni.

“Just going out there every single night, working hard to get to this level, and knowing that I have so much to learn and I have so much room to improve and grow.”

Toronto led nearly the entire way and built a 12-point lead, their largest of the game, when Danny Green drained a three-pointer from the corner that whipped the crowd into a frenzy with seven-and-a-half minutes to play.

The Warriors, who are trying to become the first NBA team to win three consecutive titles since the Los Angeles Lakers in 2002, got to within eight points but the Raptors held firm and padded their lead in the closing minutes.

“Their defence was great and it wasn’t our best night, but we just got outplayed, so simple as that,” said Warriors head coach Steve Kerr. “Move on to the next one.”

Game Two of the best-of-seven championship series is on Sunday in Toronto.