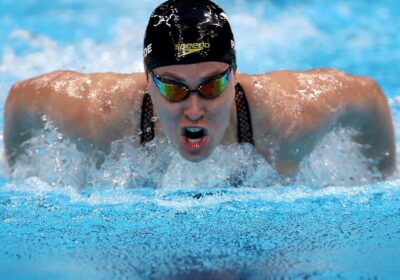 All the action from day nine of the Tokyo Paralympics.

Para-cyclist Stephen Hills has concluded his Games with a creditable sixth in the men’s T1-2 road race.

Hills, who finished eighth in the time trial on Tuesday, withstood miserable conditions at the Fuji International Speedway to cross in a time of 54:13, coming home 3:06 behind winner Jianxin Chen of China.

Fellow Kiwi Eltje Malzbender was unfortunately unable to finish in the women’s T1-2 race, an event that saw Canadian Marie-Eve Croteau and Australia’s Carol Cooke crash out in the driving rain.

A brave ride from Nicole Murray in dangerously wet conditions has failed to produce a medal for the Te Awamutu cyclist in the C4-5 road race.

German Kerstin Brachtendorf had dominated the 80km race at the Fuji International speedway with Murray in a group of five chasers including Storey.

Storey, 43, won by seven seconds over fellow Brit Crystal Lane-Wright, with the 49-year-old German fading out of the medals having done so much solo work at the front.

Murray, who battled technically at times on the wet course, finished sixth about three-and-a-half minutes behind the winner.

Scott Martlew of Christchurch – at his second Paralympics – has gone straight through to tomorrow’s canoe KL2 final by winning his heat.

The 28-year-old set his sights on the Paralympics after a rugby accident led to a lifesaving leg amputation, made necessary by a bacterial infection.

He is looking to add to world championship silver and bronze medals. Winning the heat meant he does not have to race in the semifinals tomorrow, meaning he is well rested for the final.

Later in the day, Martlew struggled in his VL3 heat which was won by Aussie star Curtis McGrath. As with all the heat non-winners, Martlew goes into Saturday’s semifinals in the outrigger canoe event.

Aucklander Corbin Hart was off the pace in his KL3 200m canoe heat and goes into the semifinals.

Have the dramatic events around Sophie Pascoe’s medley gold medal taken the edge of her bid for another victory in Tokyo?

That is the question after the brilliant world record holder was pipped by American Elizabeth Smith in her 100m S9 butterfly heat.

Pascoe is bidding for a third consecutive butterfly gold, and her third gold of these games, and on paper is the butterfly favourite.

But after having to be revived with oxygen following her winning swim on Wednesday night, and with a heavy schedule in Tokyo, there are some doubts going into tonight’s final at 8.28pm.

The fastest heat time was recorded by Hungary’s Zsofia Konkoly who commentators believe will have growing confidence around her gold medal chances in the 100m butterfly final.

Having already become New Zealand’s greatest Paralympian with 15 medals before she hit the water in Tokyo, the Kiwi swimmer has only kicked on from there.

After joining the elite club of fewer than 40 athletes to have claimed 10 gold medals at a Summer Games when she won gold in the 100m freestyle (S9) event in Tokyo on Tuesday night, she picked up an 11th gold in the 200m individual medley (SM9) on Wednesday night.

It completed a famous fourpeat – adding to gold medals she had won in the discipline in Beijing, London and Rio.

After the race she said that will be her final ever 200m individual medley race after throwing up and briefly blacking out on the side of the pool.

The other New Zealand medal of the day was sprinter Danielle Aitchison, who claimed her second medal of the Games, picking up bronze in the women’s 100m (T36) final after winning silver in the 200m.