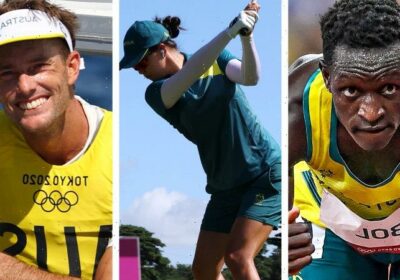 An early start for Australia in marathon swimming, golf

Australia’s campaign for today is already under way. Queenslander Kareena Lee has just started her race in the 10km marathon swim at the Odaiba Marine Park. She’s the only Aussie in the field.

And then in just under an hour’s time, the first round of the women’s golf tournament begins. Australia’s hopes are Hannah Green and Minjee Lee, who won the Evian Championship in France last week and is considered a strong chance at a medal. 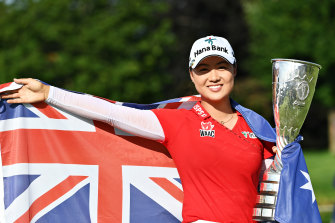 That was her first major title, so it’s hard to imagine a better lead-in for her.

Why Australia has a red hot chance against Team USA

It’s a huge clash coming up tomorrow night for the Boomers against the might of Kevin Durant and a Team USA line-up packed with NBA stars.

However, Argentina legend and five-time Olympian Luis Scola has given Australia a real chance after they knocked off the South American outfit last night. 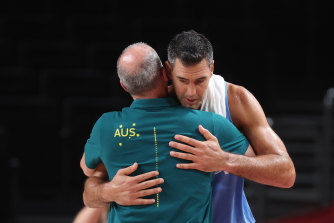 “The US is coming prepared, they really want it but I do believe Australia has a chance,” he said. “They have got a very good team. Patty Mills is a tremendous leader, tremendous player. They have a shot. They have to play the right way, play a good game but they have the possibility to do that.

“It’s not going to be easy but they beat the USA in the preparation [tournament]. This could be the year.”

The Aussies to watch today

Here are all of the Australians in action today: 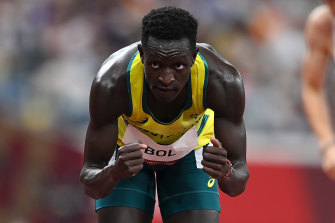 Peter Bol will race for gold in the 800 metres on Wednesday night.Credit:Getty Images 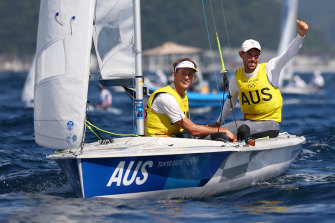 Mathew Belcher (right) and Will Ryan are all but guaranteed Australia’s second gold of the sailing regatta in the men’s 470 class.Credit:Getty

Hello one and all, good morning, and welcome back to our live coverage of the Tokyo Olympics. We’re into day 12 and it’s another big one for Australia.

There’s so much to look forward to today, but before we look too far ahead, let’s quickly recap what was a pretty hectic night:

That’s really just the tip of the iceberg – more to look back on and much more to come. Get comfy.