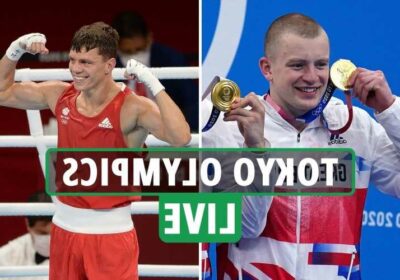 TEAM GB are eyeing up more medals on Day Nine of the Olympic Games in Tokyo.

It threatened to be another Super Saturday yesterday after overnight gold medals in the triathlon and swimming relays.

Adam Peaty put in another terrific performance as Team GB took gold in the 4x100m mixed medley, smashing the world record in the process.

And the swimming sensation will go for his THIRD gold of the Games later tonight in the men's event.

There's a host of boxing action too, with Pat McCormack already guaranteed a silver medal after Ireland's Aidan Walsh pulled out of their semi-final clash through injury.