Home » Sport » Tokyo Olympics: Jade Jones ‘greedy’ for third gold after a year training in her garage with Bianca Walkden

Tokyo Olympics: Jade Jones ‘greedy’ for third gold after a year training in her garage with Bianca Walkden 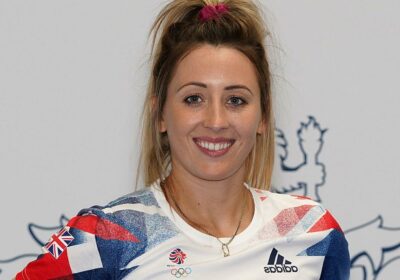 “Anything less than gold is a fail to me.”

At London 2012, aged just 19, Jade Jones made history by becoming Great Britain’s first-ever taekwondo athlete to win a gold medal at the Olympics. She retained her -57kg title in Rio de Janeiro in 2016.

Now the 28-year-old stands on the cusp of becoming the first taekwondo fighter in history to claim three Olympic golds.

And if that wasn’t enough, another Olympic title this summer would make Jones the first British woman to win golds at three separate Games.

Caught smoking as a 10-year-old, she was dragged along by her grandad to a taekwondo gym to help her try and find a different pathway when she was younger. Two Olympic Games and two gold medals later, she is the best athlete in her sport that Britain has ever produced.

It’s the final hurdle… 💪 🔥
… and all getting very serious out here 😅#Tokyo2020 #Taekwondo pic.twitter.com/UXEsru7bml

Triumphing at the World Championships in 2019 and earning two European crowns since Rio 2016, including one earlier in 2021, means the ‘Headhunter’ has won every major honour there is to win in taekwondo.

But despite her ridiculous record to date, ahead of taking to the mat at Toyko’s Makuhari Messe Hall on Sunday, the “winning-obsessed” Jones is “greedy” for more success.

Speaking at an event to promote Optimum Nutrition, she said: “It puts pressure on you. When I was going to the London Olympics, it was just this 19-year-old kid going into her first Olympics and no one expected anything.

“So any kind of win then was a bonus, whereas now anything less than gold is a fail to me, and it is hard because everyone is kind of watching and everyone’s sights are on me thinking: ‘Can she do it? Can she get this third gold?’

“But all I can do is my best and I know for a fact when I’ll be standing on that mat, I’ll give everything I’ve got and I can walk away with my head held high.

“The European Championships were amazing to go to, I think we’d not had much of a chance to test ourselves against the very best in the world.

“To go to the Europeans after all that time out and come out on top and getting that third gold medal gave me good vibes and good feelings so that I could think: ‘I’ve just won my third European Championships – now it’s time to go and win my third Olympics.’ “Definitely I think about it [winning gold in Tokyo] and it would just be amazing. Obviously, I’ve done my celebrations in London and Rio and I have thought if I win this time, what would I feel like. I honestly wouldn’t know what I’d do ’cause this would be the very best one if I won.

“I think just after everything, the journey has got harder and harder and it gets harder to stay at the top. To win this one, it’s uncharted territory, it would be amazing and definitely the best yet.

“I definitely want to do something that no one else has done but what I’ve learned recently is that I’m just obsessed with winning and that feeling of being on top of the podium and with the national anthem playing.

“I am almost greedy and want to win it again but to be in uncharted territory as well and do something no one else has done, I’d feel like I’d just be able to retire happy and put my feet up then.”

Jones, and her housemate Bianca Walkden who will compete in the +67kg category for GB this summer, converted their garage into a gym while the National Taekwondo Centre in Manchester was shut during the coronavirus lockdowns.

Every athlete’s preparation for Tokyo was unconventional in some way and despite the crazy scramble for equipment in March 2020, Jones insists the extra year of preparation worked out well, with the double Olympic champion having had the time to fully recover from knee ligament damage.

She told Sky Sports News: “The day it got announced we had 24 hours to get as much equipment as we could from the National Centre so it was kind of a fight between all the athletes to get the equipment as fast as we could.

“Me and Bianca Walkden drove in our cars, we grabbed as much stuff as we could. We got a kicking bob, we even ripped the mats up off the floor, we got weights, a bike, so we had everything really just in our garage.

“I’ve still got a few bits that I haven’t brought back, I’ve still got the bob and the mats just in case we go into another lockdown and I’m all prepared then.”

On the Olympics’ postponement, Jones said: “It was almost like a blessing in disguise, I’m really robust and hadn’t really ever had any injuries but I had an MCL tear in February [2020] so I had a brace [on].

Officially selected to represented @TeamGB at my 3rd @Olympics 🙌🏻 we have a great squad and a great team, I couldn’t be more excited for @Tokyo2020 🇯🇵 #RoadToTokyo pic.twitter.com/kXRIUIvXQD

“I’d have been back in like six to eight weeks and it gave me a year to recover from injury and time to have with my coach and to try and improve. I feel in a better place for it.

“It’s hard to give your whole heart and everything you’ve got when something’s uncertain and you constantly heard in the media that the Olympics wasn’t going to be on and you’re training and trying to give everything for something that might not be on, so it was more mentally that that [part] was tough.”

Jones is currently No 1 in the -57kg World Taekwondo Olympic rankings and holds a near 50-point gap over her nearest rival Hatice Kubra Ilgun of Turkey. The Welsh martial artist’s dominance in her category is unwavering but Jones admits she will evaluate whether Tokyo 2020 will potentially be her last Games after a break following this summer’s tournament.

She added: “Since the start of the pandemic, it’s definitely been more in my sights, I was thinking three Olympics and I’m done but now after I’ve had a bit of a break, it’ll only be two years.

“The way the points work, if I win this one then I’d have lots of points so I’d be kind of on the way to qualifying already.

“After this Olympics, I’ll probably go travelling or something, switch off, and see what I want to do then and whether I’ve got a fourth [Games] in me.” Walkden: I’ll leave my heart out on the mat

Reigning European and World +73kg champion Bianca Walkden is eyeing further success for GB in Tokyo following her bronze in Rio de Janeiro five years ago and she says the camaraderie between her and close friend Jones has spurred her on in the build-up to the Olympics.

Walkden will begin her quest for Olympic glory on Tuesday at Tokyo’s Makuhari Messe Hall with a place in the quarter-final round of the +67kg category already secured.

She told Sky Sports News: “We were training in the garage nearly every day, pushing each other. Everything we do is so competitive.

“We were screaming and kicking, making sure we were in the best shape we could be in. When we live together, everything we do is a challenge – even making cups of tea!

“I feel like the journey that we’ve been on together since 2010… we’ve lived together, trained together, pushed each other and hopefully we can do that last push into Tokyo now and both come away with two Olympic gold medals.

“What Jade has achieved in the sport goes without a shadow of a doubt as making her one of the greatest in the sport, but she deserves every minute of it.

“I have seen her train, I have seen her give her blood, sweat and tears into all of it and the reason she is the champion is that she puts the work in, the hours, the dedication and I’ve got no doubt that she will come away with another gold medal and make taekwondo history.” The World Championship proved elusive for Jones until she picked up her first title in Manchester two years ago, and ahead of Tokyo, Walkden only has eyes for the one major medal that has got away after she missed out on gold and settled for +67kg bronze in Rio.

Walkden’s bid to earn a first Olympic title has been enhanced by good form following her third European Championships triumph in Sofia three months ago.

The Liverpudlian, who is also a three-time +73kg World champion, added: “It’s going to be completely different to any normal Olympics. It’s not going to be like what we experienced when we went to Rio five years ago but it’ll be special in its own way.

“Everyone will have to face a new challenge, a different type of Olympics and if we can do it through this [the last 16 months], then what else could we have done it through? I’m just excited to go now and just see what I’ve got.

“It’s always good to come away with a major medal especially a gold medal [at the European Championships]. I feel good, I feel ready. I’m just going to give my soul and die trying and leave my heart on the mat.”

The 29-year-old is part of a taekwondo team in Tokyo which will be the largest taken to a Games by GB since taekwondo became an Olympic sport in 2000. Walkden and Jones will be joined by the returning Mahama Cho and debutants Bradly Sinden and Lauren Williams.

She said: “Taekwondo, since it started in this country in 2000 with the Sydney Olympics, has gone from strength to strength for the Great Britain team.

“We started with Sarah Stevenson at Beijing in 2008 and then from London with Jade Jones and Lutalo Muhammad in 2012 and then from Rio de Janeiro in 2016 we had three of us who got a medal.

“Now for Tokyo, we’ve got the most athletes ever so hopefully we can do more and come away with five medals this time.”

201 women have been selected to take to the Olympic stage in Tokyo for GB, making it the first Games in history where more female than male athletes will represent Britain.

Walkden wants to act as a role model for budding young martial artists in the UK, and hopes her presence on the biggest stage of all can help boost participation levels in her sport back at home.

She said: “I want to try and get as many kids, girls and boys, to get into martial arts and find the next future champion, the next Olympic and world champion.

“But if not, just getting people into sport is great and I’m made up that the girls have done it and there’s more girls this time than boys – so girl power to us all!”