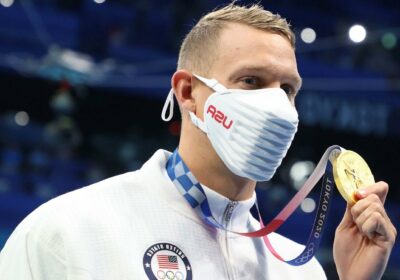 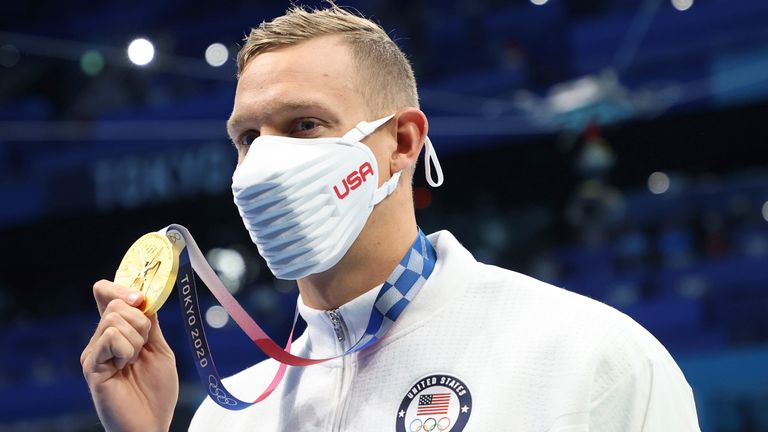 American Caeleb Dressel set an Olympic record to win gold by a fingertip in the men’s 100m freestyle to claim his second gold medal at the Tokyo Games.

Dressel set the pace down the first 50m, with Australian Kyle Chalmers and Russian Kliment Kolesnikov close behind, and then fended off a thrilling late charge from the Australian to cling on for the gold in 47.02 seconds.

Chalmers turned third at the halfway mark and was pulling back stroke for stroke but left his fightback too late, taking the silver just six hundredths behind, with Kolesnikov winning bronze with a time of 47.44secs.

The Olympic gold was Dressel’s fourth overall but his first in an individual event.

“I wasn’t worried about anything at all,” he said when asked about the close contest.

“It means a lot. I knew the weight was on my shoulders.” 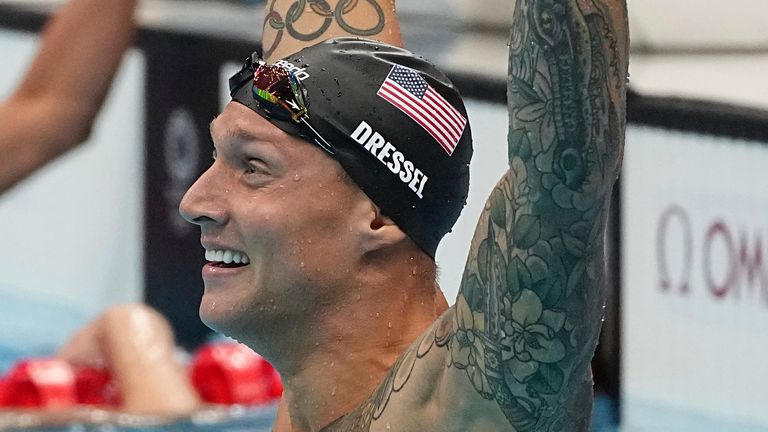 It was the American’s second gold in Tokyo after the 4×100 freestyle relay win earlier this week and the victory in the individual event was even sweeter for the 24-year-old.

“It is different and I know that now,” he said.

“I didn’t want to admit it. But it’s up to yourself, there’s no one to bail you out.” Zhang Yufei wrapped herself in a Chinese flag and beamed with joy after setting an Olympic record to win gold in the 200m butterfly on Thursday.

The 23-year-old, who finished runner-up to Canada’s Margaret MacNeil in the 100m, touched the wall in 2 minutes 03.86 seconds to win China’s first swimming gold of the Games.

Waving her arms and cheering after the win, a teary-eyed Zhang soaked up the moment, beaming at her team-mates in the stands after exiting the pool as they chanted her name. 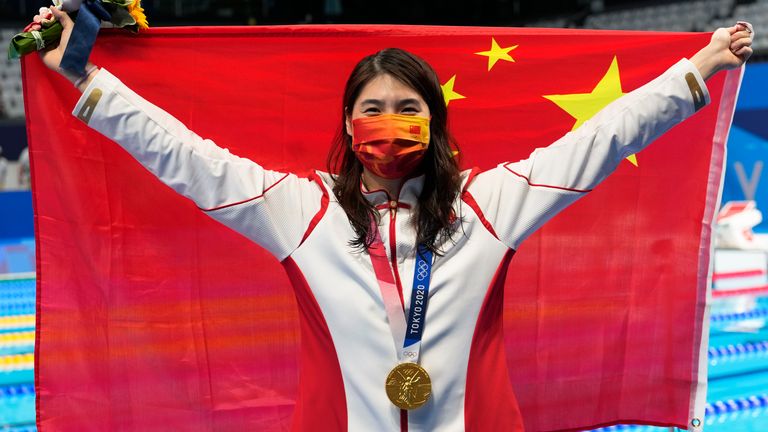 Zhang, dubbed China’s “Butterfly Queen”, is part of the country’s new generation of rising stars emerging from the shadow of Olympic and world champion Sun Yang, who has been banned from competing for four years due to doping violations.

Zhang, who finished sixth in the Rio final, could not stop smiling as she received her medal on the podium then rushed to pick up a large Chinese flag that had been thrown down onto the pool deck. 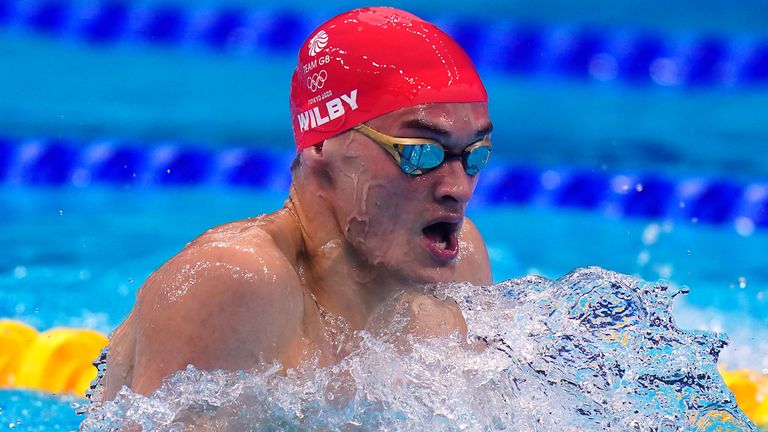 Team GB’s James Wilby broke down in tears as he paid a touching tribute to his NHS nurse mother Fiona, disappointed he could not reward the sacrifices she has made with a medal in what could prove to be his last Olympic race.

The 27-year-old qualified second fastest for the men’s 200 metres breaststroke final in which he sat third at halfway before fading and finishing sixth.

While there was understandable disappointment for Wilby, he was unable to stop himself from crying when asked whether his mother’s work vaccinating people amid the coronavirus pandemic over the last few months in their home city of York put his result into some perspective.

“Oh God, now you’re going to get me emotional,” he said.

“My mum’s been…damn you! There was always someone that was going to get it, it was either going to be one of my team-mates or one of you guys.

“My mum’s been putting in such a shift for me over the last 27 years and that’s probably the main disappointment which is I know I’ve made her proud, but I haven’t quite won the medal I would liked to have won for her.

“She’s been working as a nurse, giving out vaccines recently, to an extent which makes me so proud of her and for what’s she done for me and my brother over the last quite a few years.

“I’m really, really happy with what she’s done. She’s the role model in all this, I hope she enjoyed watching that.”