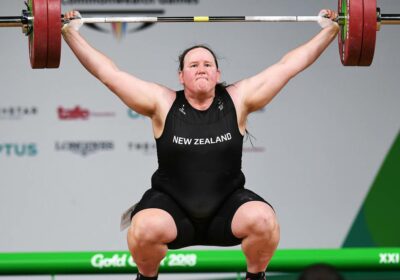 Hubbard, a New Zealand-born athlete is set to become the first transgender to compete at an Olympic Games after weightlifting’s governing body modified rules allowing her to compete.

While not yet named, it’s expected the 43-year-old will be included in the New Zealand Olympic team.

Van Bellinghen will compete in the same 87kg-plus division as Hubbard when the event gets underway on July 24.

The 27-year-old says she supports the transgender community, but not at the expense of others.

“Anyone that has trained weightlifting at a high level knows this to be true in their bones: this particular situation is unfair to the sport and to the athletes,” Van Bellinghen told Olympics news website insidethegames.

“I understand that for sports authorities nothing is as simple as following your common sense and that there are a lot of impracticalities when studying such a rare phenomenon, but for athletes, the whole thing feels like a bad joke,” Van Bellinghen added.

“Life-changing opportunities are missed for some athletes – medals and Olympic qualifications – and we are powerless.”

IOC guidelines issued in 2015 state that transgender athletes can compete in women’s events provided their level of testosterone is below 10 nanomoles per litre at least 12 months prior to their initial competition.

Hubbard won silver at the 2017 world championships and represented New Zealand at the 2018 Commonwealth Games on the Gold Coast before suffering a serious injury in competition.

Her career was feared to be over after a horror elbow injury at the Commonwealth Games, but managed to bounce back to compete at her best a year later.

She is currently ranked 16th in the world, but several of the athletes above her will be absent from the Games due to IWF rules that limit nations to only one lifter per category.

The women’s weightlifting finals in the 87kg-plus division will be held on August 2.