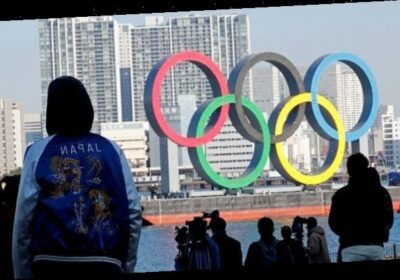 Tokyo Olympics ‘are CANCELLED’: Japanese government ‘has privately concluded the Games cannot go ahead this summer’ after they were postponed from last year

The Japanese government has decided the Tokyo Olympics cannot go ahead this summer after they were postponed from last year, according to a report.

Senior cabinet members have privately agreed the Games are doomed because of the pandemic and are now looking to recoup the competition at the next available slot – 2031.

‘No one wants to be the first to say so but the consensus is that it’s too difficult,’ a government source told The Times. ‘Personally, I don’t think it’s going to happen.’

The International Olympic Committee (IOC) and Japanese government have been saying that the event would go ahead, from July 23 to August 8.

‘We will have full anti-infection measures in place and proceed with preparation and with a determination to achieve the Games that can deliver hope and courage throughout the world,’ Yoshihide Suga, the prime minister said this week.

Bystanders watch as giant Olympic rings are reinstalled at the waterfront area at Odaiba Marine Park, after they were temporarily taken down in August for maintenance amid the coronavirus disease (COVID-19) outbreak, in Tokyo, Japan December 1, 2020