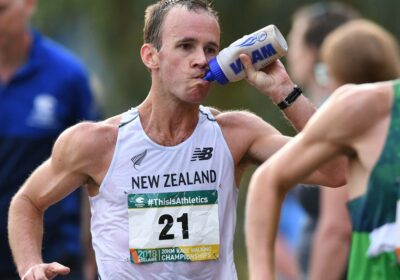 All the New Zealand action from day 14 at the Tokyo Olympics.

Here’s all you need to know about today’s action (Friday, 6 August).

Lisa Carrington will have one more shot at adding to her historic tally at the Games so far in the K4 500m heats.

She’ll be joined by fellow gold medal winner in the K2 500m Caitlin Regal, along with Teneale Hatton and Alicia Hoskin.

While the Kiwi foursome will be less of a favourite to take out gold in this event, if there was one thing we learnt this Olympics is to never doubt a boat that contains the GOAT Lisa Carrington.

On the golf course, Lydia Ko will be looking to take one step closer to another Olympics podium in day three of the women’s individual stroke play after staying in the medal hunt in round two.

The Kiwi former world number one had a strong second round but will be ruing two sloppy three-putt bogeys.

She shrugged off a disappointing bogey to start her second day of Olympics action, then went on a tear of six birdies in seven holes to finish her front nine.

However, she was only able to add one more birdie in her back nine, and two bogeys on the final two holes of the day means she sits in a tie for 9th at five-under par at the halfway mark of the competition.

Ko is still in the hunt for a medal, but she’ll have plenty of work to do to if she wants to improve on her silver in Rio five years ago, with American world number one Nelly Korda at a stunning 13-under for the tournament, four shots clear of anyone else.

Meanwhile in the velodrome, Jessie Hodges and Rushlee Buchanan will be hoping to add to New Zealand’s two medal surprises in the track cycling last night in the Madison.