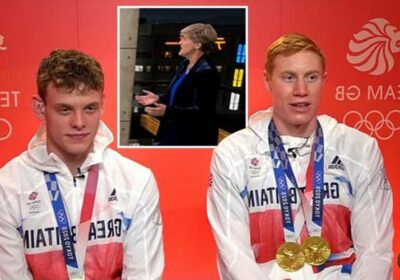 The 18-year-old swimmer was being interviewed by Balding alongside 4x200m freestyle team-mate Tom Dean after their gold medal success on Wednesday. 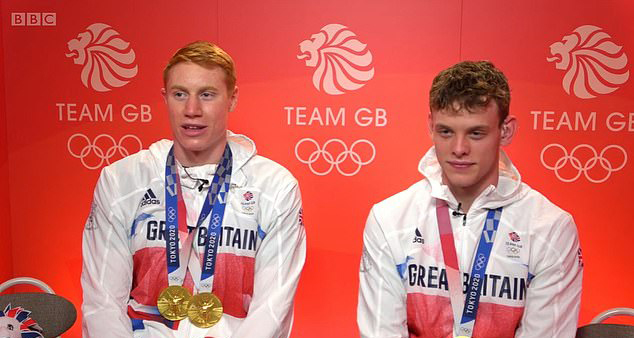 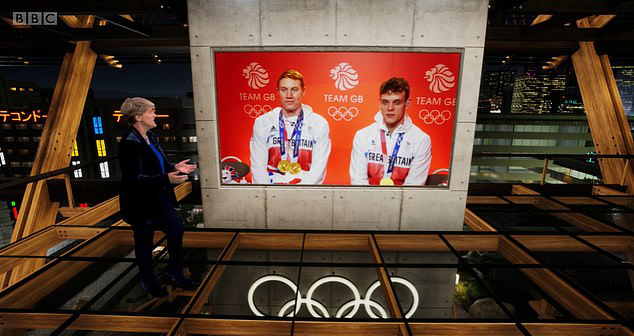 And Balding left Dean, in particular, struggling to hold it together when she told Richards "your third leg was just phenomenal".

Richards let out a chuckle before professionally responding to the question.

He replied: "Yeah I mean I haven't actually had a chance to watch it back yet. I've tried to find it.

"To be honest I'm having some trouble finding the video of the race."

Balding's unintentional gaffe resulted in her trending on Twitter with one user branding it the "highlight of the Olympics".

Whilst others seized the opportunity to respond with a more cheeky response.

Another Twitter user wrote: "Got to love Clare Balding. How was his third leg Clare?"

Balding's gaff will go down in British sporting commentary innuendo, some say.

A viewer said: "Absolute classic to add to a rich history of British sporting commentary innuendo…"

Richards has a big future in swimming ahead fo him. He only made his international debut at the European Championships in May.

And Wednesday's memorable day was only the second time Richards has been a part of a 4x200m relay team.

The Ambitious teenager says he will remember winning the gold for the rest of his life.

"Going in after the current Olympic champion and a former world champion, and knowing the guy going in behind me won a silver medal in that event yesterday, the confidence that gives you is just incredible.

"I don't think I've ever been so proud to have been part of a team.

"I've got some big goals, I've got a lot of things that I want to achieve in my swimming career and as far as I'm concerned this is just the very beginning.