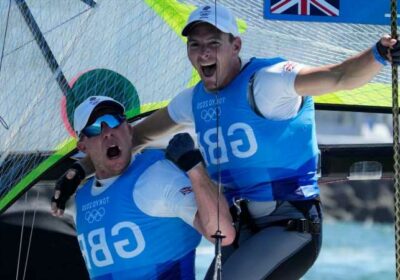 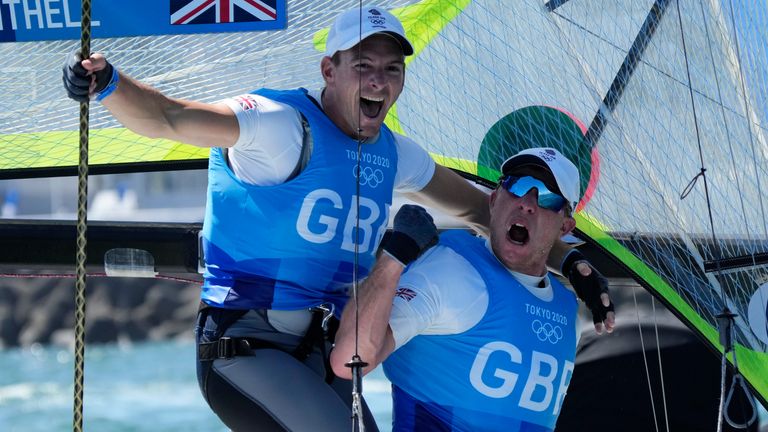 Great Britain’s Dylan Fletcher and Stuart Bithell have won gold in the 49er men’s race at the Enoshima harbour.

The British pair crossed the line in front of Germany by a distance of just centimetres to secure the gold medal and edge New Zealand into silver medal position, with Germany taking the bronze.

The duo went into the final medal race, where double points are awarded, in second, four points behind New Zealand’s Peter Burling and Blair Tuke, but victory for Fletcher and Bithell and third for New Zealand saw them claim the title.

It's GOLD on the Enoshima [email protected] and @StuBithell are the 49er Olympic champions!#TeamGB #Tokyo2020 pic.twitter.com/IqDsFXDVkL

Fletcher and Bithell’s biggest obstacle turned out to be Germany but, having taken the final turn in second, the British pair just moved over the finish line in front.

It is the first Olympic medal for Fletcher, who finished sixth with Alain Sign in the same class in Rio, while Bithell also took silver in the 470 class alongside Luke Patience at London 2012.

Bithell missed out to Fletcher and Sign for Rio, and the pair were rivals before deciding to team up in a bid to qualify for Tokyo.

The decision brought immediate dividends as they won European and world titles, and now the biggest prize of all.

The medal race was postponed from Monday, when a lack of wind forced racing to be cancelled for the day, and it was nip and tuck throughout a hugely exciting race.

What a moment. What a [email protected] and @StuBithell needed the perfect race to deliver the title.

Fletcher’s fiancee, Charlotte Dobson, and her crewmate Saskia Tidey missed out on a medal in the women’s 49er FX earlier, coming seventh in the medal race and sixth overall.