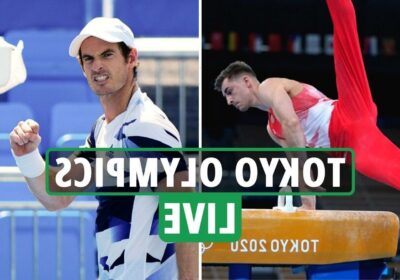 THE Olympics has officially BEGUN and Day 1 started in heartbreaking fashion for Team GB as Geraint Thomas crashed and eventually pulled out of the cycling road race.

The 234km race was eventually won by Ecuador's Richard Carapaz, picking up the country's second ever gold medal.

Team GB are back in action with the men's hockey from 10.30am BST, however, as they take on South Africa in Pool B.

Hege Riise's women's Team GB football side will then be after a second win on the bounce as they face hosts Japan at 11.30am.

Meanwhile it's been a mixed day in tennis for Team GB.

But Heather Watson is out of the women's singles.

OLYMPICS BETTING SPECIAL: GET ADAM PEATY TO WIN ANY MEDAL IN THE BREASTROKE AT 20/1