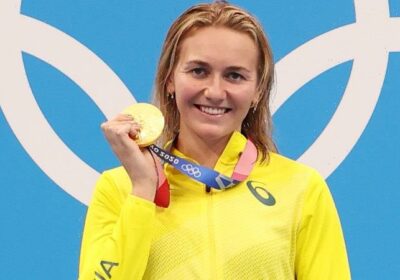 Tokyo: When a relentless Ariarne Titmus gathered in Siobhan Haughey in the final metres to win a thrilling 200m freestyle gold in Tokyo, she cemented her place in the highest echelons of Australian sporting mythology.

Little did she know she would also help another icon of the Australian pool, Susie O’Neill, reconcile with her victory in the same race 21 years ago in Sydney, a triumph she had buried an under the scars of defeat in her favoured 200m butterfly at the same meet. 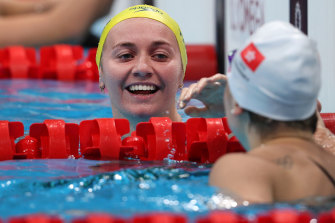 The rise of Titmus, the 20-year-old freestyle phenom, is already complete in the eyes of an Australian public, even if she still has a 4x200m relay and 800m left in her Tokyo program. She has bewitched a sporting nation with twin golds in Tokyo, adding the 200m crown to her unforgettable 400m gold on Monday.

And like the 400m, when Katie Ledecky poured every fibre of her being into trying to retain her Olympic title, Titmus had to throw everything she had at Haughey to get her hand on the wall first. In Tokyo, it has been the quality of her rivals, not just the result, that will help define her legacy.

Haughey set a frantic pace but Titmus would not be denied, claiming gold in an Olympic record 1:53.50, with Hong Kong’s Haughey second and Canada’s Penny Oleksiak claiming bronze. Afterwards, she was breathing deeply enough to draw in the entire Olympic pool.

“Bloody exhausted. That was a tough one,” Titmus said. “I knew Siobhan really wanted that one. I knew it would be tough to beat her. It’s not the time I thought I could do this morning but it’s the Olympics and there are a lot of other things going on. It’s just about winning here, I’m very happy.” 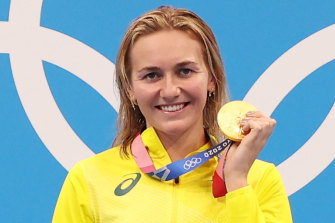 Ariarne Titmus poses with the gold medal for the women’s 200m freestyle Final on day five of the Tokyo 2020 Olympic Games.Credit:Getty Images

It had been promoted as Titmus-Ledecky 2.0 but the 200m has long been Ledecky’s pet domain. She would finish fifth, then go on to win the 1500m final, overflowing with relief and emotion when her 30 laps had finally come to an end.

Titmus had been a picture of calm in Tokyo but with no further racing on the same day as her 200m victory, was able to finally let down her wall. The tears flowed as she stood on the podium, then again as she embraced coach and now cult-figure Dean Boxall, who again celebrated like he was auditioning for a Midnight Oil tribute band.

“It’s a bit of a skill, trying to contain it [emotions] and back up. Now I haven’t got a swim tonight [Wednesday], I think I let it out a little bit. Seeing him [Boxall] emotional makes me emotional, because it’s a great partnership. It’s not just me winning, this is him winning as well. That’s why I got so emotional,” Titmus said.

She wasn’t the only one. Watching in the stands was O’Neill, Australia’s deputy chef de mission, who has been mesmerised by what Titmus has produced in Tokyo. She joins O’Neill (2000) and Shane Gould (1972) as the only Australians to win the race, while O’Neill was prompted to rethink and reconnect with her own famous gold at the home Games in Sydney. 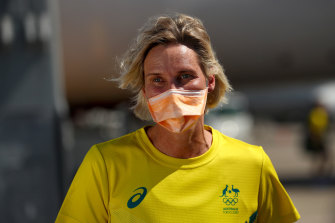 For Australia, it was a moment to celebrate but for O’Neill, it has long been overshadowed by her shock 200m butterfly defeat as hot favourite to American Misty Hyman. She watched it for the first time last year and broke down in tears on live radio.

“I’m still trying to find reasons even 19 years later,” O’Neill said at the time. “If I could swap my 200m free for this I would, this one was more important. I’m ‘Madame Butterfly’ at this stage, that’s my nickname … this is my race.”

Now she wouldn’t swap that moment for anything, with the triumph of Titmus vindicating her own place in Australia’s swimming history. This is how far the wheel has turned; a swimming icon like O’Neill now feels honoured to be mentioned in the same company as the new young champion. 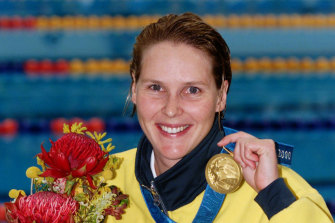 “It’s so exciting to see, it actually makes me appreciate my 200m free a lot more than I used to, the names that are associated with that, Arnie and Shane Gould. It’s pretty special.

“It took me about 20 years to appreciate that I won it. So when I was watching that presentation, I was getting a bit emotional thinking about if I should have enjoyed it a lot more.

“It took a long time to get to that point… I didn’t even realise [until told by a reporter] it was just Shane Gould and myself and Arnie would be the next one. To be among those names is really special.”

Titmus has now completed the Gould 200m-400m Munich double and will chase a hat-trick in the 800m, where she will face off with Ledecky once more. Gould said she hoped Titmus could go one better than her gold-gold-silver set from 1972.

“I hope she doesn’t completely emulate mine [achievement] because I got a silver in the 800. Wouldn’t that be interesting if she did get a silver,” Gould said.

“Katie Ledecky is not swimming great. I think she’s had training exhaustion. She might not have the endurance speed that she normally has. The 800m will be another showdown.”