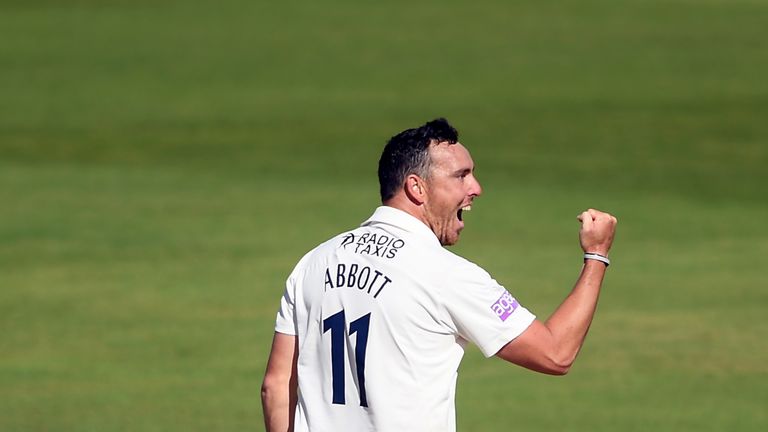 Title-chasing Somerset will face a tricky run chase in their Specsavers County Championship clash against Hampshire after Kyle Abbott’s nine-for and James Vince’s hundred on day two at The Ageas Bowl.

Somerset – eight points clear of second-placed Essex heading into the penultimate set of fixtures – had rolled Hampshire for 196 on day one but then collapsed themselves, with Abbott’s 9-40 seeing them skittled for 142.

Tom Abell’s side slumped to 65-8 before Dom Bess (37) and Roelof van der Merwe (29no) led a recovery of sorts, putting on 67 for the ninth wicket to briefly thwart a rampant Abbott. Hants vs Somerset scorecard

Hampshire captain Vince (102no) then struck his first hundred of the season as his side closed on 176-8 with a lead of 230 having previously been reduced to 10-3 and 45-6 in Southampton. 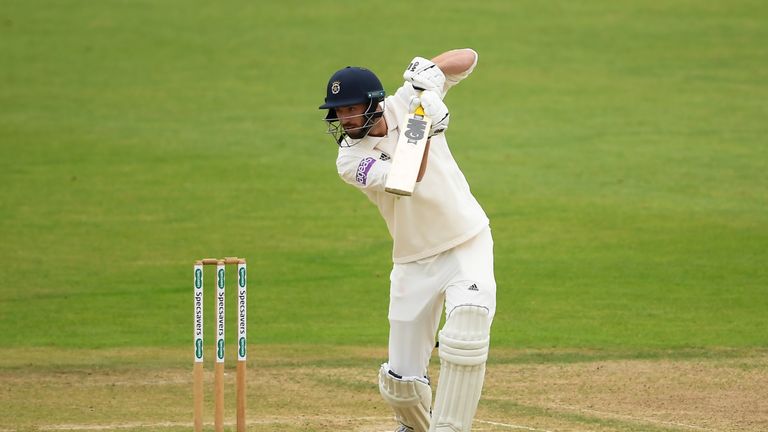 Somerset’s Sky Live home game with Essex in the final round will now be a title shootout after the Chelmsford side secured the batting point against Surrey that means Somerset cannot win the trophy this week.

Jamie Porter (5-62) and Sam Cook (5-53) shared the wickets as Surrey wilted once England hopeful Ben Foakes (34) was bowled by Cook.

Elsewhere in Division One, Kent seamer Matt Milnes bagged 5-87 as Yorkshire were bowled out for 269 in reply to the away side’s 482-8 declared at Headingley. Yorks vs Kent scorecard

Darren Stevens followed his career-best 237 with two wickets and the 43-year-old is now set for contract talks with Kent next week having previously been told that he would be released at the end of the season.

Potential England Test opener Dom Sibley (115no) scored his fourth ton of the season as Warwickshire closed on 264-2 in reply to relegated Nottinghamshire’s 498 at Trent Bridge. Notts vs Warks scorecard 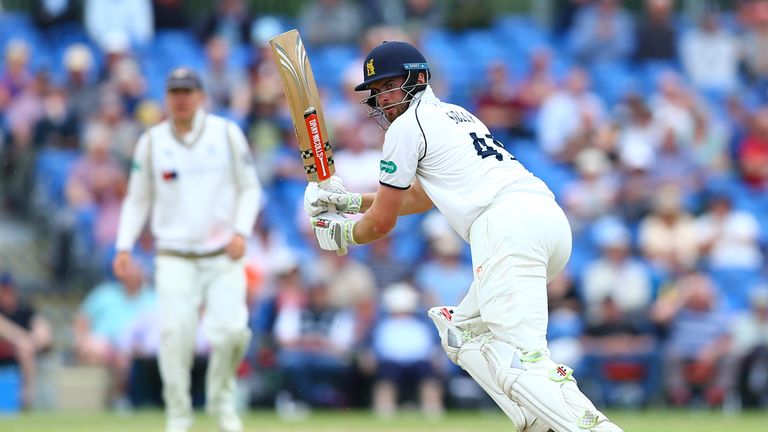 In Division Two, promotion-chasing Gloucestershire torpedoed Worcestershire for 128 but are making hard work of chasing their small target of 115 after closing on 54-4 – the visitors need 61 further runs on Wednesday to consolidate a top-three spot. Worcs vs Gloucs scorecard

Northamptonshire lead fellow promotion hopefuls Durham by 321 at Wantage Road after dismissing the visitors for 131 – Ben Sanderson taking six wickets – and then closing on 235-6 with Richard Levi (60) and Adam Rossington (52) hitting fifties. Northants vs Durham scorecard

Derbyshire opener Luis Reece smashed 184 from 189 balls and put on 274 with opening partner and captain Billy Godleman (106 not out) as his side racked up 360-2 against Sussex to lead by 267 and dent their opponents’ promotion hopes. Derbys vs Sussex scorecard 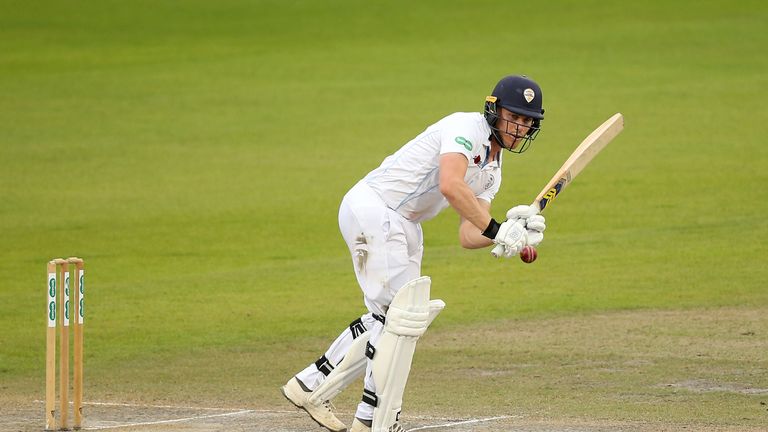 Glamorgan, also in the shake-up for a top-three place, are bossing Leicestershire, the Welsh county totalling 435 – Chris Cooke striking 96 – before reducing the Foxes to 191-9. Glamorgan vs Leics scorecard