Titans' Ryan Tannehill: US 'was founded upon racist ideas' 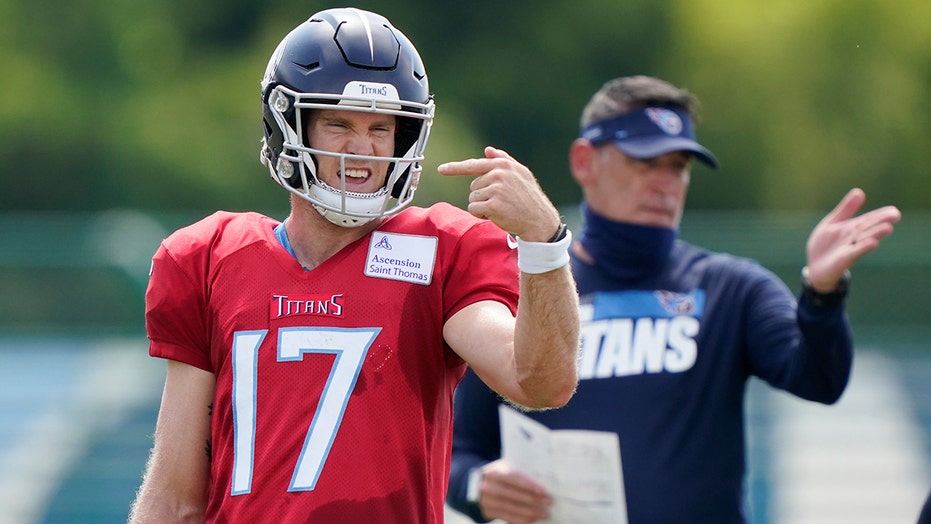 Tennessee Titans quarterback Ryan Tannehill joined his teammates Thursday in skipping practice to protest the shooting of Jacob Blake and offered his opinion about the U.S.

Tannehill, who recently signed a four-year, $118-million contract extension that will pay him at least $17.5 million in 2020 alone, said the U.S. was founded “upon racist ideas.”

“These systematic oppressions have been going on for a long time. Hundreds of years, this country was founded upon racist ideas with slaves being brought here from the day of foundation. And those ideas have persisted throughout the last hundreds of years and it’s going to take time until we can get those all out. We’re tired of it,” Tannehill said alongside teammate Kelvin Byard.

He then got choked up while continuing to talk about his children.

BALTIMORE RAVENS SEND POWERFUL MESSAGE: 'RACISM IS EMBEDDED IN THE FABRIC OF OUR NATION’S FOUNDATION AND IS A BLEMISH ON OUR COUNTRY’S HISTORY'

“We’re tired of dealing with the systematic oppression. We’re tired of dealing with excessive force. We’re tired of seeing Black men and women die in situations where they should be walking home and spending the night with their family. It’s sickening … to just know that they have to worry about their kids coming home at night. I have two young kids that because the color of their skin I never have to worry about if they get pulled over by a police officer that they’re gonna make it out of that interaction alive and that’s a sick fact of the world that they’re living in.”

While Tannehillstood stood with his teammates in support of their protest against police brutality and racial injustice, he did not say what “racist” ideas specifically the U.S. was founded on.

Tannehill has taken up at least one idea afforded to Americans thanks to the Founding Fathers – the Second Amendment, which grants the right to bear arms.

In 2014, Tannehill’s wife, Lauren, accidentally left an AR-15 in her rental car. The gun legally belonged to Ryan Tannehill, according to the South Florida Sun-Sentinel.