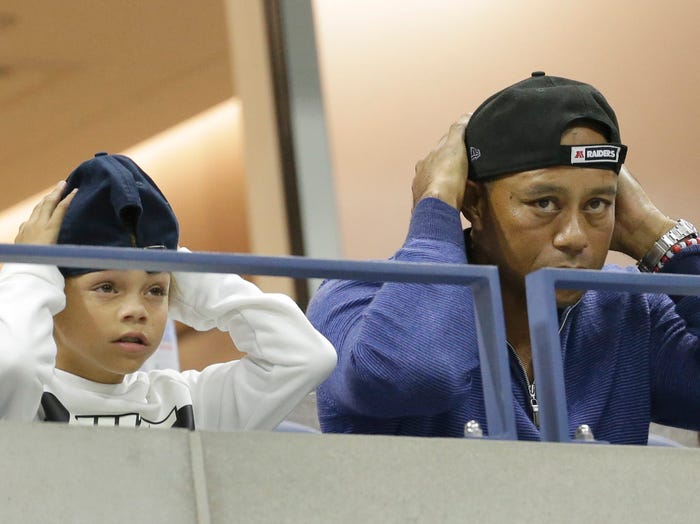 Tiger Woods and his son Charlie are set to take on the PNC Championship this weekend, an annual tournament that sees some of the best players on the PGA Tour team up with family members.

For Charlie, 11, it'll be the first time teaming up with his father for the tournament, but video of his time on the practice range has fans believing the youngster is ready to take down the course.

A shot of Charlie taking swings next to his father made the rounds on social media on Thursday, and the resemblence is uncanny.

It's like a little Tiger Cub out there! At just 11 years old, Charlie already has a club twirl worthy of the sauciest players on Tour.

Their similar mannerisms on the putting green are also easy to spot.

Tiger and Charlie won't be the only father-son duo walking the course in their group this weekend, as Tiger asked his caddie Joe LaCava if his son, Joe Jr., would be game to carry Charlie's bag for the tournament. The younger LaCava agreed, and now both father-son groups will take on the PNC Championship together.

Tiger and Charlie tee off in the first round of the tournament at 11:48 a.m. ET on Saturday.