Tiger Woods competing at Masters would be 'phenomenal' for golf, Rory McIlroy says 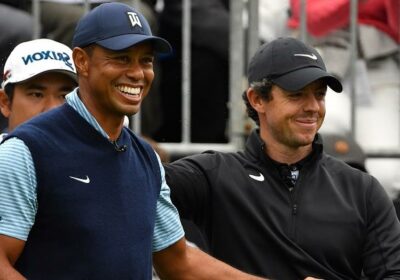 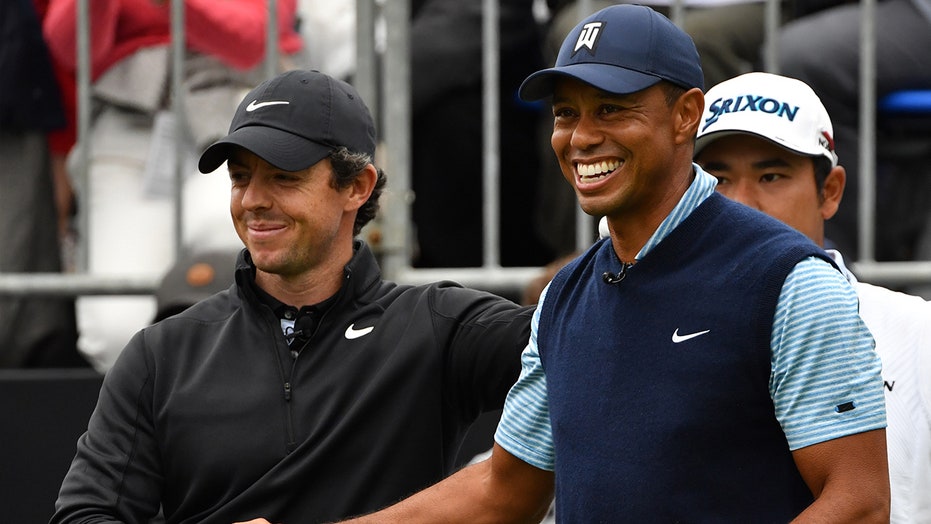 As the golf world holds its breath awaiting the possible return of Tiger Woods to the 2022 Masters, one of his competitors said Wednesday having the five-time champion back in the fold would be great for the sport.

“I think for golf and for the Masters tournament and for everyone, to have Tiger there would be phenomenal,’’ McIlroy said at TPC San Antonio, where he’s competing in this week’s Valero Texas Open. “I think it just adds to the event. Obviously, it does.” 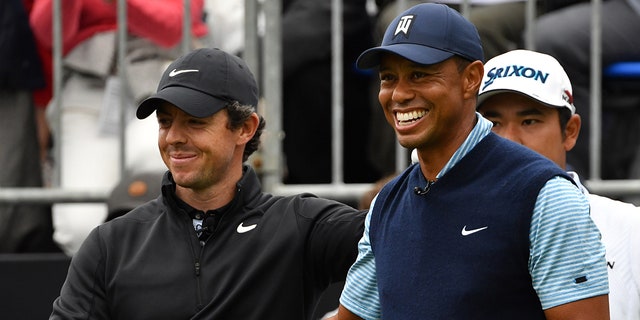 Tiger Woods of the U.S. (right) shakes hands with Rory McIlroy of Northern Ireland at the first hole tee at a "Japan Skins" pre-match ahead of the ZOZO Championship golf tournament at the Narashino Country Club in Inzai, Chiba prefecture Oct. 21, 2019.
(Toshifumi Kitamura/AFP via Getty Images)

“Anything Tiger Woods does in the game of golf is heightened whenever he’s there. I mean, it would be awesome for him to be there,” McIlroy added. “You know, he was there yesterday obviously, and he’s trying to see what he can do. Obviously, no one knows but him if he can make it around and think if he believes he can compete.”

McIlroy, who watched Woods’ performance at the 1997 Masters, called the 46-year-old golfer his “inspiration.” 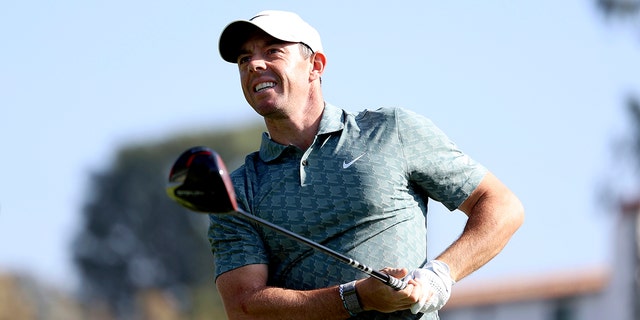 Rory McIlroy of Northern Ireland tees off on the second hole during the final round of the Genesis Invitational golf tournament at Riviera Country Club Feb. 20, 2022, in the Pacific Palisades area of Los Angeles.
(AP Photo/Ryan Kang)

“I think everyone would love to incorporate some of Tiger Woods’ game into their own. I think that goes without saying. Yeah, he was my inspiration, and I certainly tried to model part of my game off him,” McIlroy said during an interview published this month by Golf Monthly.

As of Wednesday afternoon, Woods is still listed as a participant in the Masters after he was injured in a February 2021 car crash. Woods has not been included in the group of past champions who were sitting out. However, that could change as golfers have until tournament week to decide if they are playing.

“This is a critical week for @tigerwoods to see if his body can sustain 72 holes at Augusta National,” Golf Channel’s Todd Lewis wrote on Twitter Monday. “He will exhaust every effort to play @TheMasters.”

Woods has yet to play in a competitive PGA Tour event since he suffered traumatic leg injuries in a single-car accident in late February 2021. In December, Woods competed with Charlie at the PNC Championship, though he did use a cart. After the tournament, Tiger pumped the brakes on a potential return. 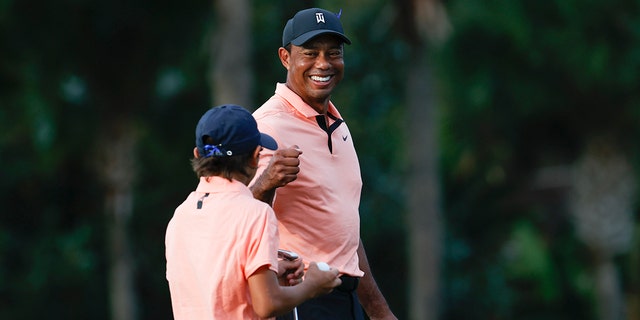 Tiger Woods reacts with his son Charlie Woods on the 16th green during the first round of the PNC Championship golf tournament Dec. 18, 2021, in Orlando, Fla.
(AP Photo/Scott Audette)

Following months of recovery, Woods again rebuffed the notion that his return was coming soon during an interview with Jim Nantz at the Riviera Country Club late last month.

“I don’t know,” said Woods. “I can hit balls. The hard part is actually walking; that’s going to take some time. I’m going to have to put in the time and effort at home and do all the beach walks and walk golf courses.”

“I’ve said this so many times, but from basically March of 2017 fast-forward two years, and he wins the (2019) Masters and where he was with his body and what he had to do to get back to being somewhat healthy,” McIlroy said.

The event is scheduled to begin April 7. Hideki Matsuyama is the defending champion.