Home » Sport » They Won as N.H.L. Players. They’re Winning in Their Second Acts, Too.

They Won as N.H.L. Players. They’re Winning in Their Second Acts, Too. 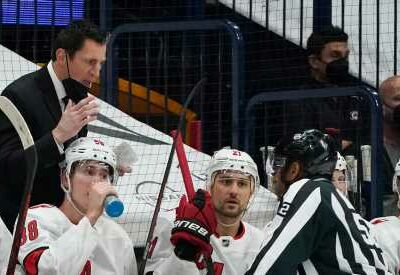 Sometimes a team’s top performer remains the fulcrum of the franchise even after retirement.

Such is the case for two men who won championships as players and today find themselves vying for the Stanley Cup with the same organizations in off-ice roles.

For Colorado, which opened both the regular season and the postseason as title favorites, that pillar is General Manager Joe Sakic. In his Hall of Fame career, all with the Avalanche and Quebec Nordiques franchise, he led Colorado to Stanley Cups in 1996 and 2001, when he was also the regular season most valuable player. He’s the career leader for overtime goals in the playoffs.

For Carolina, which won a ruthlessly competitive Central Division, their bedrock is Coach Rod Brind’Amour. As a player, Brind’Amour powered the Hurricanes to the finals in 2002 and a championship in 2006 as captain. Brind’Amour is one of only three players to win two Selke Trophies as the league’s best defensive forward and to score more than 1,000 career points.

Not every former player succeeds behind the bench or in the front office, but both Sakic and Brind’Amour have turned around their organizations in their second acts. Both teams are in the second round: The Avalanche swept the St. Louis Blues to become the first team to advance this year and are playing Vegas, and the Hurricanes beat Nashville in six games to set up a series against the defending champion Lightning. Carolina lost, 2-0, to Tampa Bay on Tuesday to fall behind two games to none in the series. Colorado will try to go up 2-0 over Vegas on Wednesday.

“They didn’t take any game for granted,” said Luc Robitaille, a Hall of Famer who played against both and is president of one of his former teams, the Los Angeles Kings. “I think probably that would be the simplest way to describe them as players, and then they take that into their post-playing career — well, that means they don’t take any day for granted still.”

The Avalanche won this year’s President’s Trophy as the top team leaguewide, but Sakic’s tenure did not start strong.

His first three seasons as general manager ended without a playoff appearance. In the third, 2016-17, the Avalanche posted a meager 48 points, 21 fewer than any other team that season and the lowest total since the introduction of the shootout.

The team then went through a protracted drama with Matt Duchene, one of its star forwards, and Sakic drew criticism as time passed without a resolution. Colorado came out ahead in a three-team deal that landed it one top defensive prospect and a draft pick it used to select another.

Colorado has now made the playoffs in each of the past four seasons, and has designs on its first Cup in 20 years.

“I think that patient approach in building when the time is right has really helped us,” Jared Bednar, Colorado’s coach since the 2016-17 season, said. “It’s helped push us over the top over the last few years. I mean, every year we’ve been adding guys who’ve been making impacts for us.” 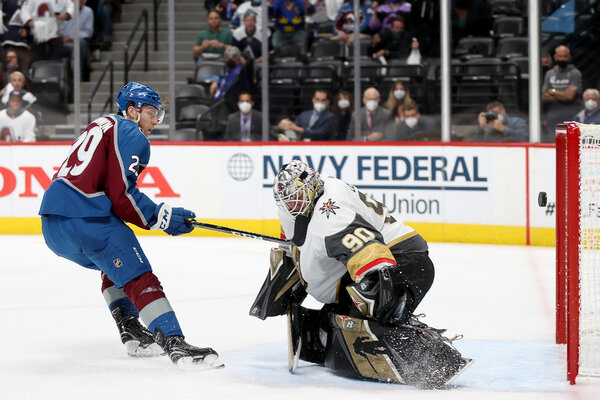 In Carolina, the team went to the conference finals in Brind’Amour’s final full season as captain, 2008-9, and did not return to the playoffs until 2018-19, his first season as head coach. This is the Hurricanes’ third consecutive appearance.

Apart from the franchise’s first playoff appearance after relocating from Hartford, Conn., a first-round loss to Boston in 1999, Brind’Amour has been either a prominent player or the head coach in every playoff game in Carolina history.

While the Hurricanes have become known for the ebullience of their “storm surge” postgame celebrations, Brind’Amour’s intensity has defined the team, said Jeff Daniels, an assistant on Brind’Amour’s staff who played with and coached him.

“He sets the tone everyday, and he did that as a player, the way he showed up and worked both on and off the ice, and now you see that as a coach,” Daniels said.

The Hall of Famer Steve Yzerman is on his second major post-playing endeavor. He enjoyed immense success with the Tampa Bay Lightning over eight years as general manager, but handed the reins to Julien BriseBois before the group Yzerman helped form won last year’s Cup. In April 2019, Yzerman returned as general manager to Detroit, where he captained the Red Wings for 19 seasons.

But not all forays into coaching and management go swimmingly for star players. Many of the most successful coaches were marginal pros or career minor-leaguers, and plenty of the executives who had their names engraved on the Stanley Cup only dreamed of hoisting it in their physical primes.

Even Sakic’s idol, the four-time champion and career leading scorer Wayne Gretzky, was unable to guide the Phoenix Coyotes to a finish higher than 12th in the Western Conference in four seasons as coach.

The Hall of Famer Bryan Trottier also struggled as a coach. He had won six Stanley Cups with the Islanders and Pittsburgh Penguins as a player and added a seventh as an assistant coach with Colorado, in 2001. But his head coaching stint in the 2002-3 season lasted just 54 games, bogged down by negative sentiment from not one but two franchises. Islanders fans bristled at one of their former stars taking a job with the rival Rangers, while Rangers fans were consternated by his conservative system.

“Being the best player doesn’t mean that you have the inherent abilities to succeed when you’re not playing,” said Neil Glasberg, an agent who represents coaches like Pittsburgh’s Mike Sullivan and the former goalie Patrick Roy, now a coach and executive.

Robitaille said that many players retire and think that their new occupations within the sport will be a continuation of their playing careers. Instead, he suggested that it was essential to transport one’s self to a time when status was not yet a consideration.

Brind’Amour’s contract will expire after the season, but he has been more concerned with keeping his coaching and equipment staffs intact than with his own negotiations. Like Sakic in Colorado, Brind’Amour has become inextricable from his franchise and his city.

“It’s my home, so it’s more special to me than just a job, certainly,” Brind’Amour said.