The team final arrives for women’s gymnastics on Tuesday, and U.S. women debut in basketball. 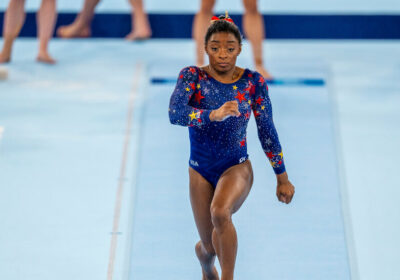 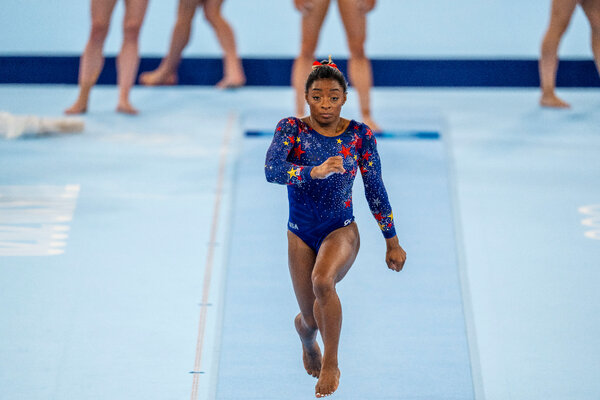 TOKYO — The United States women’s gymnastics team, and its transcendent star Simone Biles, showed feet of clay in the preliminaries, finishing behind Russia. The slate is wiped clean for Tuesday’s team final, but the unexpectedly shaky performance suddenly adds some drama to what some thought would be an easy coast to gold. The action starts at 7:45 p.m. Tokyo time, 6:45 a.m. Eastern. While the event can be streamed live on the Peacock service in the United States, NBC is expected to hold off the television broadcast until prime time.

There will be four swimming events and four chances for U.S. gold, although none of the Americans are heavy favorites. The Americans to watch are Kieran Smith in the men’s 200 freestyle, Regan Smith in the women’s 100 backstroke, Ryan Murphy in the men’s 100 back and Lilly King in the women’s 100 breaststroke. All the races will be swum over a half-hour period beginning at 10:43 a.m. Tokyo time (9:43 p.m. Eastern on Monday night).

The softball competition was always expected to be a battle between the United States and Japan, and sure enough, those teams will meet in the final. Japan beat the U.S. in the final the last time the sport was in the Olympics, in 2008.

The women’s soccer team, flat in a 3-0 defeat by Sweden and sharp in a 6-1 victory over New Zealand, has its final pool game against Australia.

And for the horsey set, there will be Olympic prancing. Dressage gets underway with the team event.