The quiet change that may affect everything you know about netball 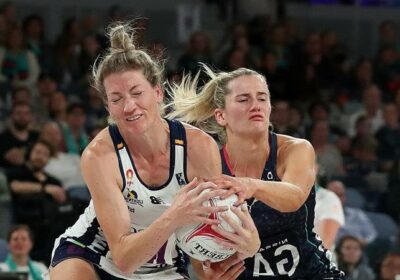 An extraordinary story that flew under the sporting radar this week is the significant changes to the way netball is run at a national level in this country.

One of the recommendations of netball’s State of the Game review, which was handed down late last year, was for reform to the Netball Australia board and how it is appointed. 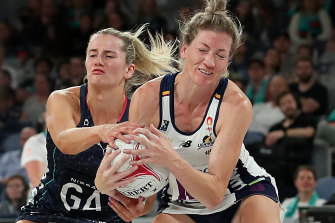 A quiet reform this week may have a dramatic effect on netball.Credit:Getty Images

Now I acknowledge that governance – especially sport governance – may not at first blush be sexy or exciting, but let me assure you that if you are into netball, you need to be across this because it has the potential to affect the way the sport is run, played and watched at all levels.

So here is the thumbnail sketch, followed by what it really means.

Of the eight recommendations contained in the report of the State of the Game review panel (disclaimer: I was chair of the review panel), this one was the most significant, and the one I thought would be most likely to fail. This is because it required the ceding of power and influence by people and entities at both state and national level, which in any sport is a fraught negotiation.

Yet on Wednesday night, at a special general meeting of the Netball Australia board, the reform quietly took place. It is a sign of netball’s organisational maturity that it has been able to achieve this crucial first step.

Previously the Netball Australia board was made up of six directors appointed by the state bodies – all with different priorities – plus up to two appointed directors. Unfortunately this has in recent years seen the triumph of parochialism over progress, with the upshot being a national board that was deeply divided and unable to focus on meeting the challenges facing the sport.

This also meant that the Suncorp Super Netball Commission, which was established to oversee netball’s pinnacle competition was, despite the wealth of talent it contained, never truly able to flex its muscle.

The first step in the reform process then has been to merge these two entities, and create a board that is made up of six appointed directors and three elected directors. Now that the appointed directors form the majority, there is less opportunity for state issues to dominate the national board, and greater opportunity as well as a greater obligation for the board to govern the sport from a national viewpoint.

The previous chair of the Netball Australia board, Paolina Hunt, has stepped down, with the experienced Marina Go to assume the role. This an absolute testament to Hunt, who has without fanfare led the sport through serious reform, yet made way for the good of the sport. The real test, though, will come in what happens next.

A timeline needs to be established towards appointing an athlete director and at least one director who is of Aboriginal and/or Torres Strait Islander descent, in line with the State of the Game recommendations. The latter in particular is a non-negotiable for a sport that has struggled with a lack of diversity at just about every level. Whilst it’s my understanding that is slated to happen within the year, it’s worth keeping an eye on it as the sport moves forward.

A small but significant issue must also be addressed, which is that the new board is a predominantly male one with a five-four gender split. In a sea of sporting suits, netball has been a shining light as a place for women to lead. Until that balance is redressed across all sport, netball must skew the other way to ensure that whilst the board is diverse, it is representative of the fact that netball is a place for women to shine.

Once this work is done, and I sincerely hope it is soon, the real work must begin of ensuring that these changes have a real-world effect. Leading a sport is about effecting positive change for everyone who plays, coaches, umpires and watches the sport.

The first big piece of work is having all states and the national body adopt a national digital platform that caters for the sport from grassroots to professional. A single system that makes it as easy as possible for people to register to play; for local administrators to run competitions; and for Super Netball and its teams to talk to the more than one million Australians who are in some way or another involved with netball as players, coaches, umpires, administrators, spectators and parents.

This is imperative as netball battles with the football codes for grassroots participants. It needs to stay true to its historical prioritisation of the grassroots and ensure that it is as easy and cheap as possible to play. Then, given that the decision has been made to move broadcasting next year of its premium product, Super Netball, from free-to-air television to Foxtel, the sport must be able to speak directly to the grassroots in a personalised way to drive them to the broadcast, a challenge the sport hasn’t truly addressed over 30 years.

Finally, the new board must think big. Same-same but different will not cut it post-pandemic. As much as this is an opportunity for consolidation following years of instability at Netball Australia board level and the departure of the Netball Australia CEO, deputy CEO and Super Netball CEO in the past six months, consolidating is not enough.

What all of this really means is that there are no excuses. It means that with a modern system of governance, and hopefully the appointment of a dynamic new CEO, netball will never have a better opportunity for the sport to fulfil its huge potential.