Home » Sport » The intensity and awkwardness leaves a window for Poirier and McGregor to fight again.

The intensity and awkwardness leaves a window for Poirier and McGregor to fight again. 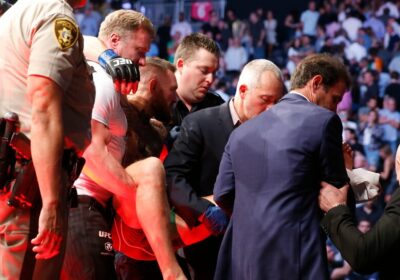 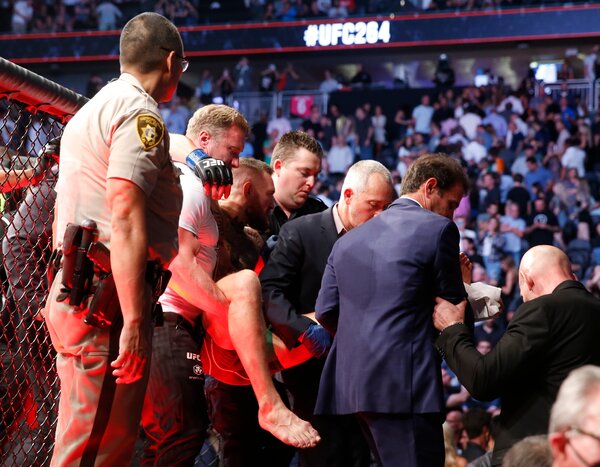 Conor McGregor said he would walk Dustin Poirier “around the octagon like a dog.” Instead, he laid next to the cage with a cadre of medics attending to him while the referee, Herb Dean, raised Poirier’s left hand in victory.

At the end of the first round, McGregor threw a punch, but stepped back and landed awkwardly on his left leg, appearing to break a bone. The fight concluded because McGregor was unable to continue.

After a week of intense buildup, the hostility between the two men did not ease and in fact seemed to escalate. During his octagon interview, Poirier called McGregor “a dirtbag.” McGregor, still on the ground next to the commentator Joe Rogan, insulted Poirier’s wife.

It was the third fight between the two lightweights, a grudge match meant to settle the score and anoint a new unquestioned challenger for the champion of the 155-pound division, Charles Oliveira. Now, it leaves an inconclusive result that most likely will require a fourth try, though probably not in the immediate future.

“This is not over,” McGregor said.

U.F.C. President Dana White told reporters after the bout that Poirier would fight Oliveira next and that McGregor would undergo surgery on Sunday. White said he is open to matching McGregor and Poirier up again.

The anticlimactic ending concluded a night of exciting fights, from the aerodynamics of Niko Price to the chess match, stylistic showdown between Gilbert Burns and Stephen Thompson.

Burns won the co-main event via decision. The bout pitted Burns, a jujitsu specialist, against Thompson, a karate striker. Thompson landed clean shots, but Burns used his expertise on the ground to win on the scorecards.

Irene Aldana, the No. 4 ranked female bantamweight fighter, executed a stout performance against No. 5 ranked Yana Kunitskaya, delivering powerful blows and finishing her in the first round. Aldana has won three of her last four fights, her most recent defeat coming against a former champion, Holly Holm. Aldana will certainly move up in the rankings and she could either challenge Amanda Nunes, the current champion, or could draw another top contender.

Sean O’Malley, a rising bantamweight, finished Kris Moutinho in the third round after displaying a striking clinic. Moutinho’s face appeared so bloody and absorbed so much damage that referee Herb Dean mercifully stopped the fight. O’Malley, a fan favorite, will most likely next fight an opponent ranked in the top 15 in the division.

Greg Hardy, a former N.F.L. player, was knocked out by Tai Tuivasa. He is now on a two-fight losing streak.