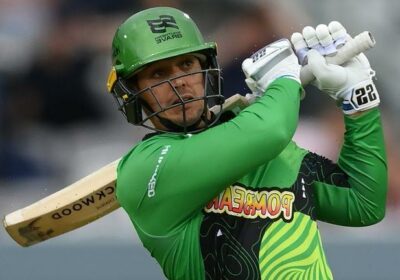 STORY OF THE MATCH

What a day for Southern Brave! Their women’s team are in the final of The Hundred and their men’s team are eyeing the same target after a fourth win in as many completed matches moved them top of the table.

Brave’s high-quality bowling attack (more on them later) restricted the now-eliminated Fire to 144 from their 100 balls in Southampton, with the visitors hitting 25 runs and scoring one boundary from their final 20 balls, shared equally between Chris Jordan and Tymal Mills.

Brave skipper James Vince (53 off 39) then bossed a second-wicket stand of 86 from 60 balls with Quinton de Kock (57 off 32) and when Vince holed out after completing a 36-ball fifty, De Kock upped the ante to complete his second successive Hundred fifty, this one from 29 balls, having hit 72 against Northern Superchargers over the weekend.

Brave triumphed with 13 balls to spare to move one point clear of Birmingham Phoenix and Trent Rockets, albeit having played one game more. For Fire, their qualification hopes – like those of their women’s side – are over after a fifth defeat on the trot.

Glenn Phillips (30 off 26) and Leus du Plooy (30 off 22) then added 62 from 44 balls but there was no big finish thanks to Mills and Jordan and, after Paul Stirling (18 off seven balls) got the Brave chase off to a rollicking start, Vince and De Kock did their thing – albeit that De Kock would have been lbw to Qais Ahmad on 13 had Fire reviewed.

Vince and De Kock batted clinically but this win was set up by Brave’s bowlers, with captain Vince having every box ticked in that department.

The left-arm orthodox spin of Danny Briggs and the left-arm wrist-spin of Lintott combined for two wickets. Brave also have Stirling’s off-spin and then a quality pace attack of Jordan, Mills and George Garton, who usually turn it on for Sussex and are now doing the same in The Hundred. 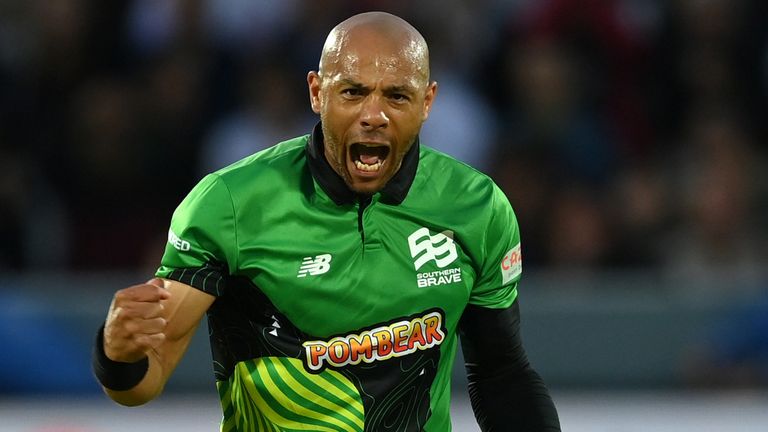 The clamour for Mills to be included in England’s T20 World Cup squad is only growing after another economical spell of pacey deliveries and canny slower balls. Briggs may also have an outside chance of making that tournament if England want a left-arm spinner in their armoury.

Match Hero De Kock was rather starved of the strike as Stirling and then Vince did the brunt of the run-scoring but took it upon himself to finish things off when Brave needed 30 from the final 25 balls, striking spinner Qais for successive fours and then, two balls later, mowing him over deep square for six. The contest all but over at that stage.

Please use Chrome browser for a more accessible video player 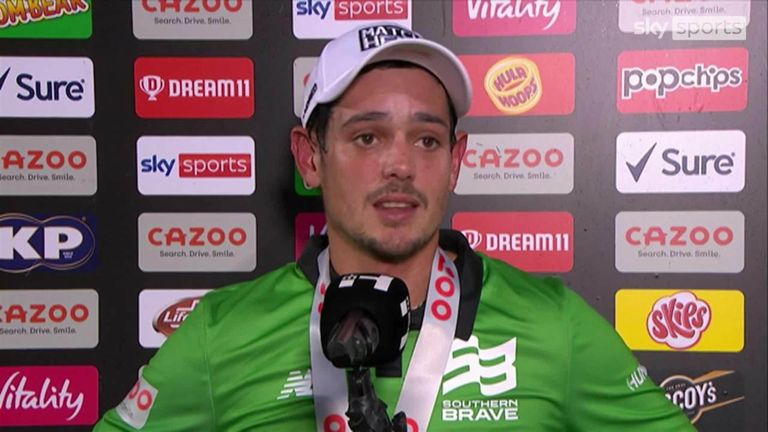 With De Kock now having hit two fifties in a row, Vince in form and Stirling offering pyrotechnics up top, added to the aforementioned bowling depth, Brave – who lost their first two matches in the tournament – are going to take some stopping.

It all started so well for Fire in this tournament as back-to-back half-centuries for Jonny Bairstow propelled them to victories over Northern Superchargers and Brave, but the Welsh team have not won since he returned to England’s Test squad. 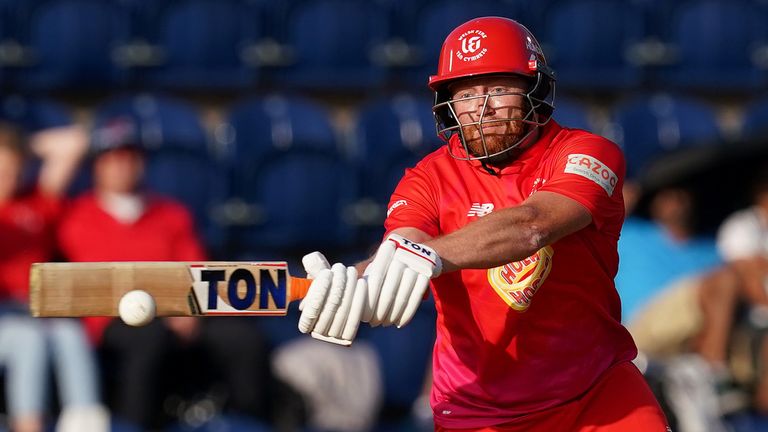 Banton has struggled to support Fire’s top scorer Ben Duckett – before Wednesday’s innings, he had made scores of two, five and nought in his previous three knocks. The men from Cardiff have also been rocked by seamers Jake Ball and Liam Plunkett missing the rest of the tournament through injury.

Of course, it does not help if the commentator curses you as well!

The superb standard of fielding is one of the most watchable elements of modern cricket and we saw some examples of that in Southampton – from both players and fans!

George Garton with the Clark Kent impression on the boundary! 🦸♂️👏#SouthernBrave 🟢 | #WelshFire 🔴 | #TheHundred 💯

We are off to Emerald Headingley for Northern Superchargers vs Manchester Originals, with the women’s and men’s matches live on the Sky Sports Cricket YouTube channel.

The women gets things going from 3pm in a game you can also watch on Sky Sports Mix, with second-placed Superchargers looking to maintain their play-off push and rock-bottom Manchester Originals playing for pride.

In the men’s game, also available on Sky Sports The Hundred from 6.45pm, both Superchargers and Originals will be hoping to boost their top-three ambitions. Superchargers are currently sixth on five points, one point and one place below Originals.

Watch The Hundred live on Sky Sports between now and August 21.