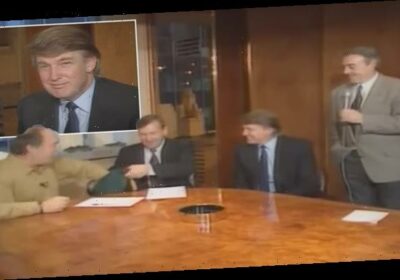 The day Saint and Greavsie made the Rumbelows Cup draw with… Donald Trump! After the Liverpool legend’s death, fans recall the surreal moment the future US President told the pair: ‘I used to play… we call it soccer over here’

Ian St John and Jimmy Greaves entertained football fans throughout the 1980s and 90s with their Saint and Greavsie Saturday programme but it was a segment with one special guest that stands out among the highlights.

St John, the former Liverpool and Scotland striker who won two First Division titles and the FA Cup at Anfield, died on Monday following illness at the age of 82.

A hugely talented footballer, St John went on to enjoy a successful on-screen partnership with England legend Greaves. Their programme ran for seven years from 1985, paving the way and setting the standard for light-hearted TV football shows. 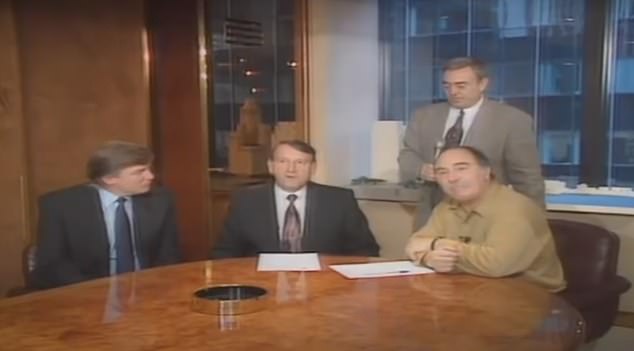 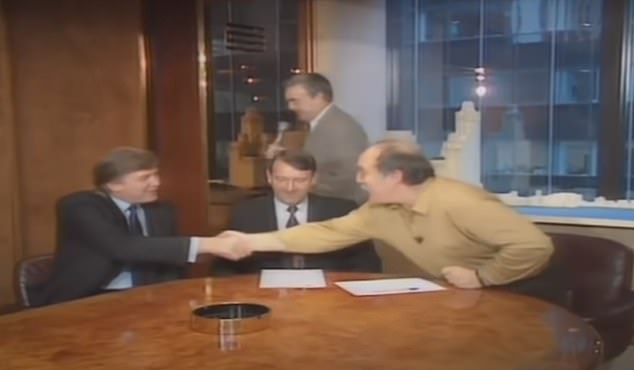 But in 1992, the pair somehow travelled to New York City with Football League secretary David Dent to meet Donald Trump.

In bizarre scenes, the future US President made the quarter-final draw for the 1992 Rumbelows League Cup in the boardroom of Trump Tower in Manhattan.

Greaves was drawing the home teams, Trump the away sides and St John stood beside them ready to interview the American billionaire afterwards.

Before the draw started, St John turned to Greaves and said: ‘I don’t know how you managed it’, clearly surprised they had managed to secure such a high-profile booking for the draw.

‘This is some pad you’ve got here’, Greaves said to Trump, claiming he hadn’t ‘seen a boardroom like this since I was in Doug Ellis’ at Aston Villa’.

Nothing of excitement came out of the first three ties to be drawn but then Trump saved the best for last.

He pitted Manchester United against northern rivals Leeds in the standout fixture of the round.

Trump admitted ‘That’s a game I want to go to’ and said ‘I think we’re going to go over there (England) and watch a couple of those games.’

The three then engaged in chat about the development of ‘soccer’, as Trump called it, in the United States and the country’s upcoming World Cup. 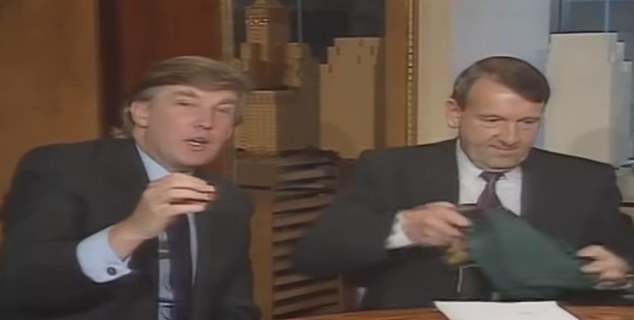 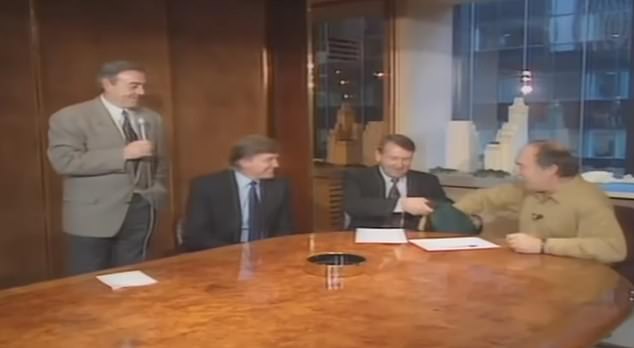 St John and Greaves asked about Trump’s knowledge of football, to which he called the game ‘soccer’ and revealed he played in high school

Asked if he had ever played football, Trump replied: ‘Well I used to. Over here we call it soccer but it’s never worked out quite as well over here in the United States as it has elsewhere.

‘When you look at England and other countries it’s so big. It hasn’t really caught on here yet but it’s starting.’

Greaves then ended the draw ceremony by presenting Trump with an iconic Saint and Greavsie mug.

It was a prize called ‘the most prestigious in footballing history’ by Greaves, although it probably never made it to The Oval Office for Trump’s one term as US President before he was replaced by Joe Biden earlier this year.

Following the announcement of St John’s death on Tuesday morning, a statement released on behalf of Greaves read: ‘I loved my time with the Saint making Saint & Greavsie.

‘After my illness Ian phones several times too see how I was. And now he’s gone. He was a lot of fun to be with and a great footballer. He will be sadly missed. I will never forget his laughter for all the years we worked together.’ 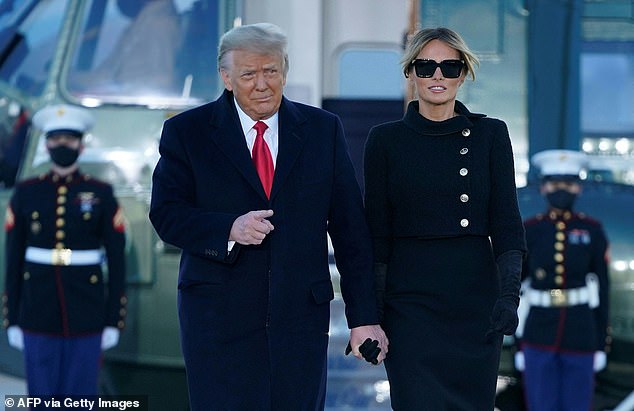 Trump was replaced as President of the United States by Joe Biden on January 20, 2021 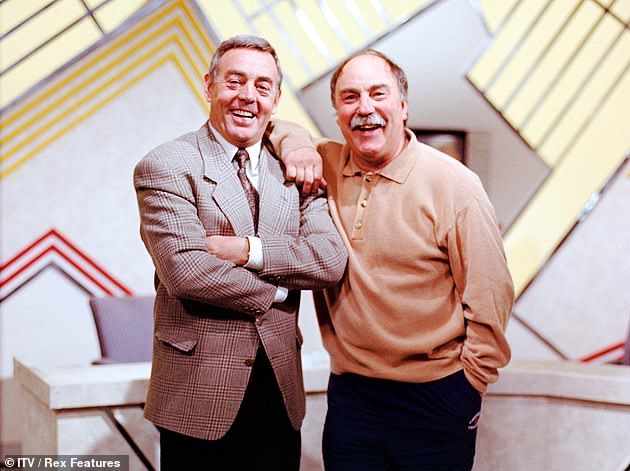 He also represented Scotland 26 times and would later go on to manage boyhood club Motherwell, as well as Portsmouth.

St John formed a deadly partnership up front with Roger Hunt and their goals fired Liverpool to promotion from the second tier in the Scot’s first season at the club.

St John scored 118 goals in 425 appearances for the Reds, including the decisive goal in extra-time to hand Liverpool the club’s first FA Cup title against Leeds at Wembley in 1965.

A Liverpool statement read: ‘We are deeply saddened by the passing of a true Anfield legend, Ian St John.

‘The thoughts of everyone at Liverpool Football Club are with Ian’s family and friends at this sad and difficult time.’