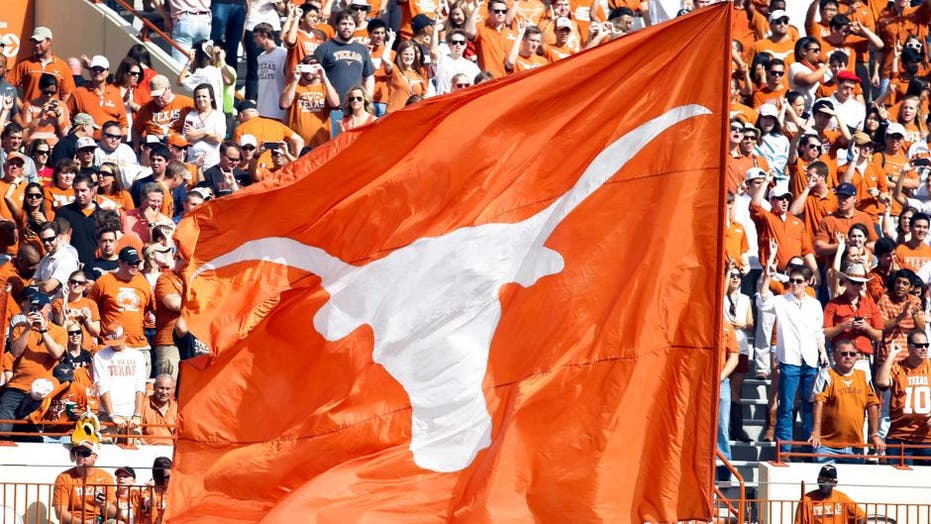 The Texas Longhorns band will not play the school’s spirit song during the football team’s final two home games of the season over the controversy surrounding the music.

The backstory of “The Eyes of Texas” was revealed in June in a Texas Monthly report during the summer of social unrest in the U.S. The song reportedly has ties to Confederate Gen. Robert E. Lee’s phrase “the eyes of the South are upon you.”

Former university president William Prather would coin the phrase “Forward, young men and women of the University, the eyes of Texas are upon you!”

Lee’s phrase and Prather’s saying became the inspiration to the new song, according to the magazine. The school had addressed the issue in July, saying the song would stay but the school could redetermine the meaning of the song.

The song has been mired in controversy since then. Longhorns football players noticeably left the field while the band played the song at the end of games during the season. A group of players had previously objected to the song because of its ties to racist elements in the school’s history.

The Longhorns band reportedly had too many members refusing to play the song as well. The band will not be playing the song but it will still be blasted through the loudspeakers.

“There has been no change of status, and the university’s alma mater will continue to be played from loudspeakers at the game, not by the band,” Texas’ dean of the College of Fine Arts Doug Dempster said in a statement Thursday, according to the Austin American-Statesman. “In-person instruction concludes on Nov. 25, after which UT students are expected to be off campus.

“The band will also not perform at the final home football game the day after Thanksgiving on Nov. 27.”

School president Jay Hartzell said in October that the song will remain its alma mater despite the controversy.

“It is a longstanding symbol of The University’s academic and athletic achievements in its pursuit of excellence,” he said in a statement at the time.