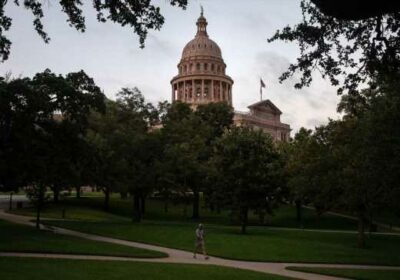 Texas Gov. Greg Abbott on Monday signed a law that restricts transgender students from participating in school sports consistent with their gender identity.

Texas is the eighth state — and the largest — to pass legislation this year addressing transgender athletes’ access to sports. South Dakota also enacted restrictions, but did so through executive order. Idaho passed similar legislation in 2020, but it has since been blocked in federal court.

The Texas law, known as HB 25, passed in the state’s third special session. It allows student-athletes to participate only in the interscholastic sports that correspond with the sex listed on their “official birth certificate,” which is defined as the document issued “at or near the time of the student’s birth.”

A student assigned female at birth may only participate in boys’ sports if a corresponding girls’ sport is not available, such as football and baseball.

“My heart is breaking all over again for our communities in Texas who have been tirelessly and fiercely fighting anti-transgender legislation session after session,” said Anne Lieberman, director of policy and programs at Athlete Ally. “HB 25 is yet another callous example of lawmakers passing legislation that bullies and targets kids who just want to play sports with their friends.”

“Some states protect the privacy of transgender people and don’t indicate that the name and gender marker has been corrected,” said National Center for Lesbian Rights senior staff attorney and transgender youth project director Asaf Orr. “There are other states where the information has been amended in a way that discloses prior information, so it’s entirely possible that you could have two transgender athletes and depending on where they’re born, one would be able to participate in sports consistent with their gender identity and one would not be.”

In Texas, an amendment of a sex or gender marker on a birth certificate “would not be apparent,” said a spokesperson for the Texas Department of State Health Services.

According to Freedom for All Americans, 19 bills specifically pertaining to transgender athletes and 54 anti-LGBTQ bills were filed in Texas over the course of its regular session and three special sessions, more than any other state. Tennessee had the next highest number at 14 total anti-LGBTQ bills.

Texas has one of the largest populations of transgender youth in the country, a 2017 report from the Williams Institute at UCLA estimated.

Transgender athletes have been a flashpoint in Texas since 2017, when Mack Beggs won his first of two girls’ state championships in wrestling even though he was a transgender boy. In the months following his championship, the Texas legislature introduced legislation that would have affected transgender athletes’ ability to participate in the state, though it did not pass. The legislature considered additional bills in 2019, but those also did not pass.

“This is adults bullying kids,” said Andrea Segovia, the field and policy coordinator for Transgender Education Network of Texas. “At the heart of it is this body legislating trans people out of existence. We’re talking about public accommodations. Trans people exist in these spaces. When you’re letting bills like this become law, the message is ‘We don’t want you in these spaces.'”

Unlike in 2016, when North Carolina passed a contentious law that curbed LGBTQ protections, states that have passed legislation affecting transgender youth participating in sports have not experienced widespread boycotts or backlash. Some advocates have pressured organizations like the NCAA to take action. More than 500 student-athletes signed a letter coordinated by Athlete Ally, asking the NCAA to refuse to hold championship sites in any state passing restrictive laws targeting transgender youth in sports.

So far, the NCAA has not repeated the actions taken in North Carolina in 2016, when it moved seven championships out of the state. For the NCAA basketball tournaments, there are multiple upcoming events in Texas. Texas Christian University and University of Texas at San Antonio are both slated to host preliminary rounds of the men’s tournament in 2022, and the 2023 and 2025 men’s Final Four is scheduled to be in Houston and San Antonio, respectively. In 2023, Dallas is scheduled to host the women’s Final Four. In a statement on Aug. 3, the NCAA stated that the organization has no intentions to relocate championships in states that have passed legislation restricting transgender athletes in competition. On, Oct. 22, the NCAA said it had no further statements.

“Given the Association’s foundational values of inclusion and fair competition, the NCAA intends to conduct its championships as they were awarded but will require all hosts to reaffirm their commitment to ensure a nondiscriminatory and safe environment for all college athletes per their host agreement,” the statement read. “Any host who cannot commit to the nondiscrimination policy should contact the NCAA immediately.”