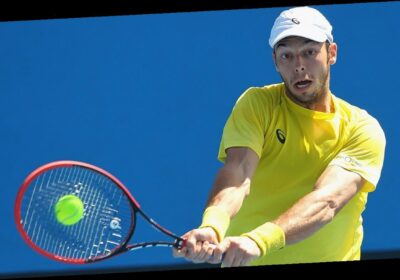 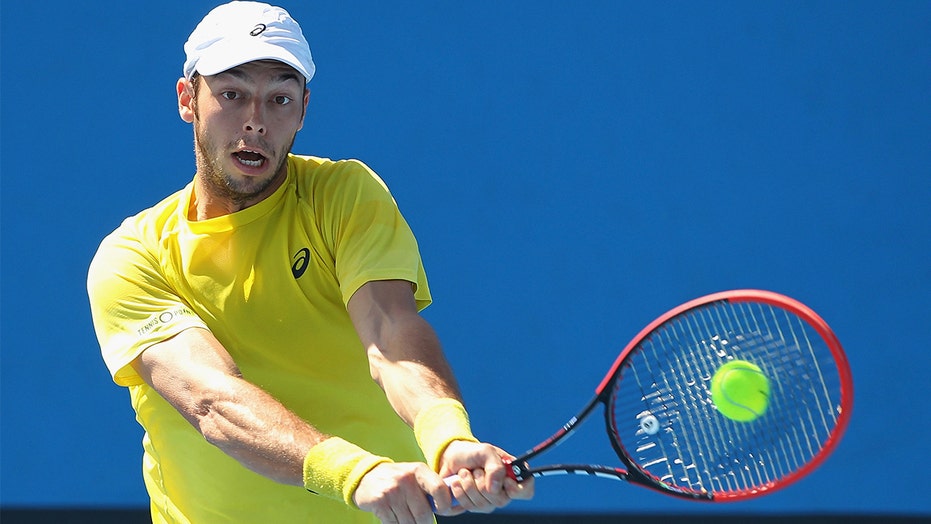 German tennis player Tim Puetz suffered a freak eye injury on Wednesday during a doubles match at the Qatar Open.

Puetz was standing on the baseline awaiting a serve and when he moved to his left to try and get his racket on the incoming ball he lost the grip on it and it appeared to bounce off the court and hit him back in the face.

Puetz yelped in pain and clutched his eye as he walked toward his left. His teammate Freddie Nielsen could be heard asking whether the 33-year-old was OK.

A trainer rushed to the court with an ice pack to attend to Puetz. But the tennis pro admitted he was having some trouble seeing. He also appeared to be bleeding as well.

DJOKOVIC BREAKS FEDERER’S RECORD FOR MOST WEEKS AS ATP NO. 1

“I cannot see very well … Freddie I can see pretty well. That’s when I’m stationary. But if I look around, I can’t see very well,” he was heard saying.

Puetz was forced to retire from the match giving him and Nielsen the loss. Their opponents, Juan Sebastian Cabal and Robert Farah, wished him a speedy recovery after the match.

It was the second tournament for Puetz and Nielsen this month. The pair lost in the first-round of qualifying at Rotterdam. The team won in Biella, Italy in mid-February.