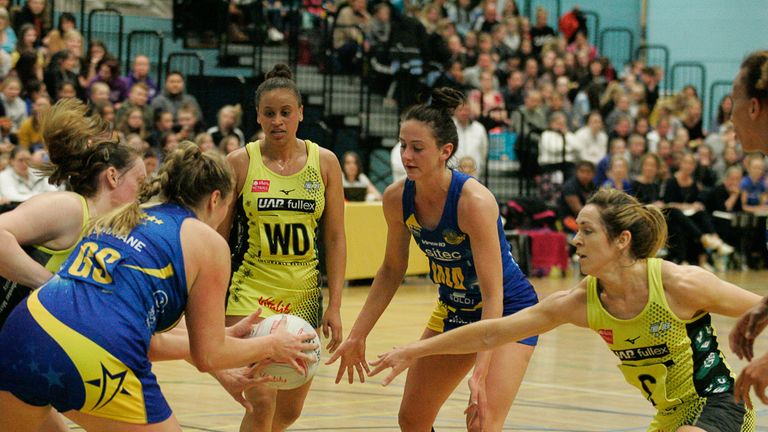 Team Bath made it a Vitality Netball Superleague double over Manchester Thunder to put them in prime position for the semi-finals.

A couple of signature blocks and interventions from Kerry Almond helped Thunder establish an early 16-12 lead but England Roses’ Serena Guthrie began winning the centre battle with Caroline O’Hanlon and the visitors took over.

Bath turned a 27-24 lead into 41-38 by the end of the third quarter and they showed composure, resilience, aggression and physicality along with notable shooting performances from Kim Commane and Sophie Drakeford-Lewis to secure victory and three vital points.

The result means that nothing is guaranteed in terms of top-four places heading into the final round of the Superleague. There are still three semi-final spots up for grabs after Wasps secured home advantage in the final four with second-placed Thunder at Surrey Storm and third-placed Team Bath at home to London Pulse in the final round of matches next Saturday.

Loughborough Lightning sit in fourth position, also on 36 points along with Thunder and Bath, after a narrow 67-62 victory at London Pulse.

Saracens Mavericks, who beat Severn Stars 62-48, finish the campaign in a must-win home game against Strathclyde Sirens knowing they will need to win and hope other results go their way in order to reach the semi-finals.