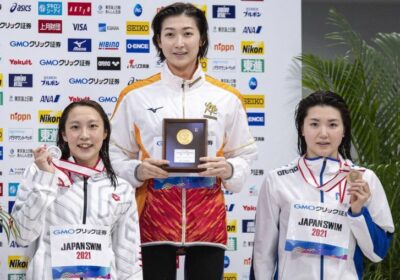 TOKYO (REUTERS) – Japanese swimmer Rikako Ikee won the women’s 50m freestyle and 50m butterfly at the national championships on Saturday (April 10), less than eight months after she returned to competition following her recovery from leukaemia.

Ikee finished in 24.84 seconds in the 50m freestyle, missing the 24.46sec mark she needed to qualify for an individual place at the Tokyo Olympics, scheduled to begin on July 23.

She wrapped up the national championships with four titles.

She missed the 53.31sec needed to qualify for the individual 100m free at the Olympics but booked her ticket for the 400m relay.

Ikee also won the 100m fly on Sunday, which secured her an Olympic spot in the 4×100 medley relay – unthinkable only months ago as she was returning to fitness after her cancer treatment.

Ikee, who won six gold medals at the 2018 Asian Games, was expected to be one of Japan’s top medal hopefuls at the Olympics before she was diagnosed with leukaemia in 2019.

She battled back and returned to competition in August last year.