Home » Sport » Surfing’s final rounds are underway, thanks to a tropical storm’s waves.

Surfing’s final rounds are underway, thanks to a tropical storm’s waves. 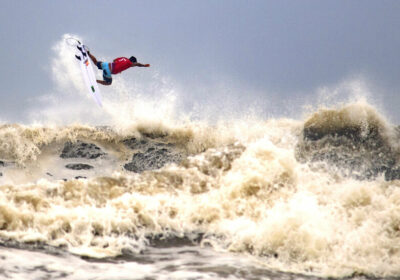 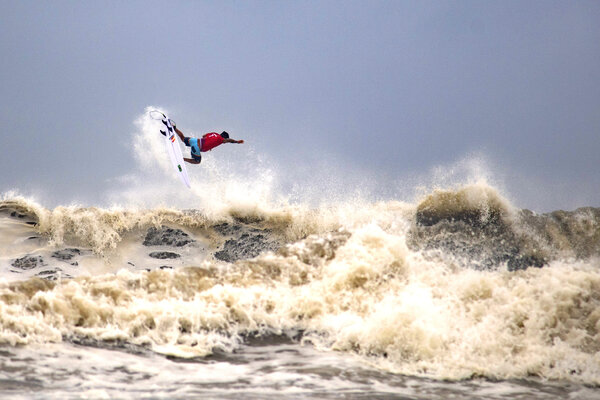 ICHINOMIYA, Japan — The fickle waves at the inaugural Olympic surf competition came roaring to shore on Tuesday, pushed by Tropical Storm Nepartak, leading contest organizers to try to jam the quarterfinals, semifinals and medal matches into one busy day.

The decision to go now was made on Monday night, as the storm churned off the east coast of central Japan, sending swells toward Tsurigasaki Surfing Beach. Surfing’s unique schedule, or lack of one, originally had the contest ending no sooner than Wednesday, but it was determined that the wildest waves were coming a day early.

So two of the world’s best surfers, Kolohe Andino of the United States and Kanoa Igarashi, who is Japanese American and competes for Japan, set out in the rain and wind at 7 a.m. for a high-level quarterfinal. The sloppy storm surf made for difficult conditions for the surfers and a bit of a spectacle for those watching. Igarashi advanced, spoiling Andino’s medal hopes.

“It was hard, but that’s what makes surfing fun,” Igarashi said.

If there was any apprehension about the conditions, Gabriel Medina of Brazil, the world’s top men’s contest surfer of the past few years, pronounced the contest fully on in the next heat. He launched a skyward full rotation, landed smoothly and pounded his chest in celebration. Judges were impressed, too, giving the ride a 9.0, the highest score of the contest to that point.

After all the anxiety over surfing’s debut at the Olympics, with questionable waves and a limited field, the competition produced a stellar group of semifinalists for the men. Medina and Igarashi are scheduled to meet in one, and Italo Ferreira of Brazil and Owen Wright of Australia in the other.

They will surf after the women’s quarterfinals are complete. Carissa Moore of Hawaii, a four-time world champion, and Caroline Marks of Florida remained in the field, medal hopes intact.

The Olympic field began with just 20 men and 20 women, and no more than two of each from any country. Most of the field was set before the pandemic, so five of the top 10 men and four of the top 10 women in the current World Surf League standings did not participate.

Most glaringly, that left out Filipe Toledo of Brazil, who has finished in the top four each of the past four seasons. And Kelly Slater, maybe the most famous surfer of all, could not secure one of the two U.S. spots.