But the chair of the club’s supporter council wants some of the yobs to be thrown into prison. 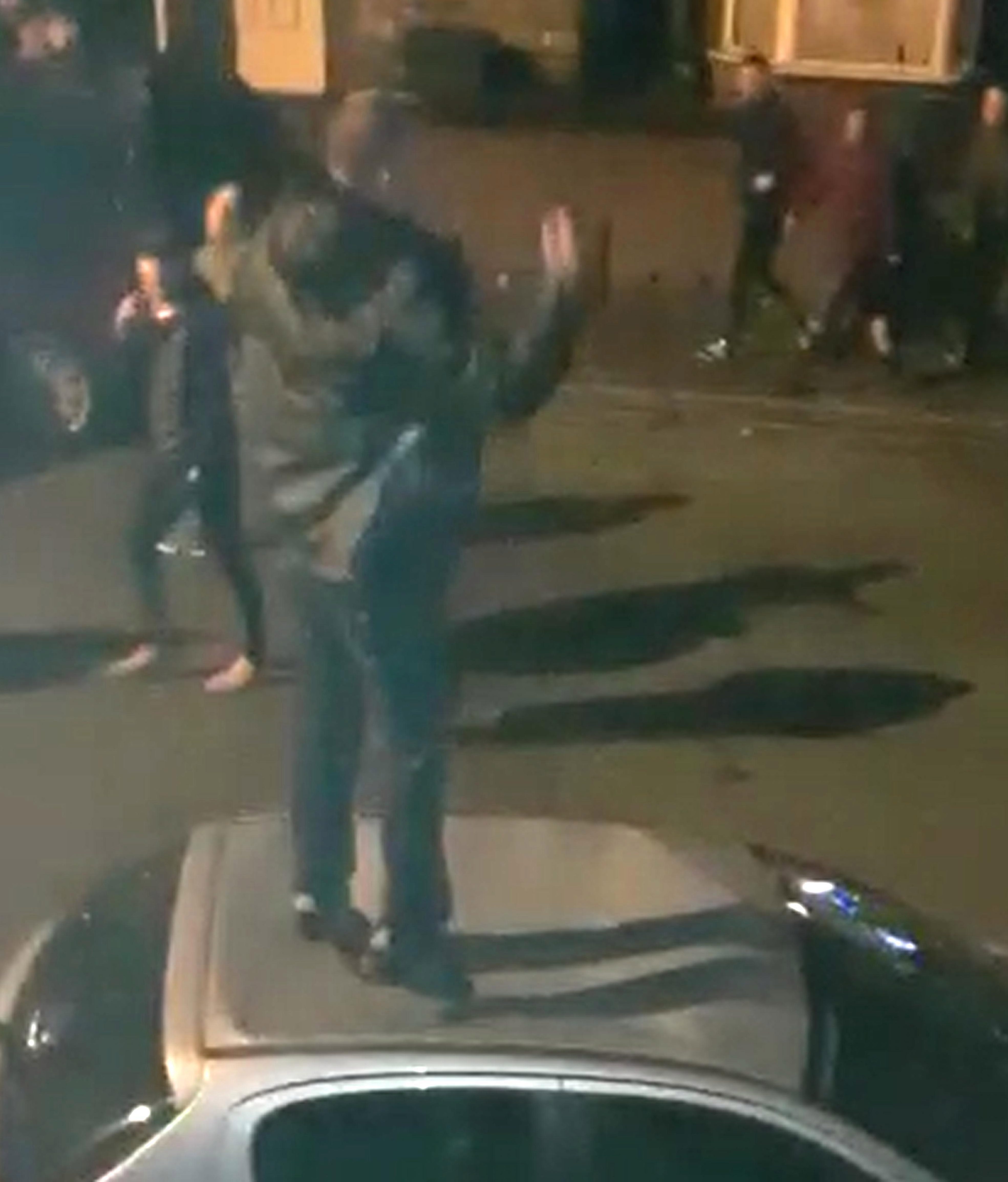 Two teenagers and a 61-year-old were among those nicked for offences ranging from suspicion of assaulting a police officer, to using threatening or abusive language and suspicion of criminal damage.

Another fan, 21, was arrested on suspicion of assault occasioning actual body harm after allegedly headbutting another man. 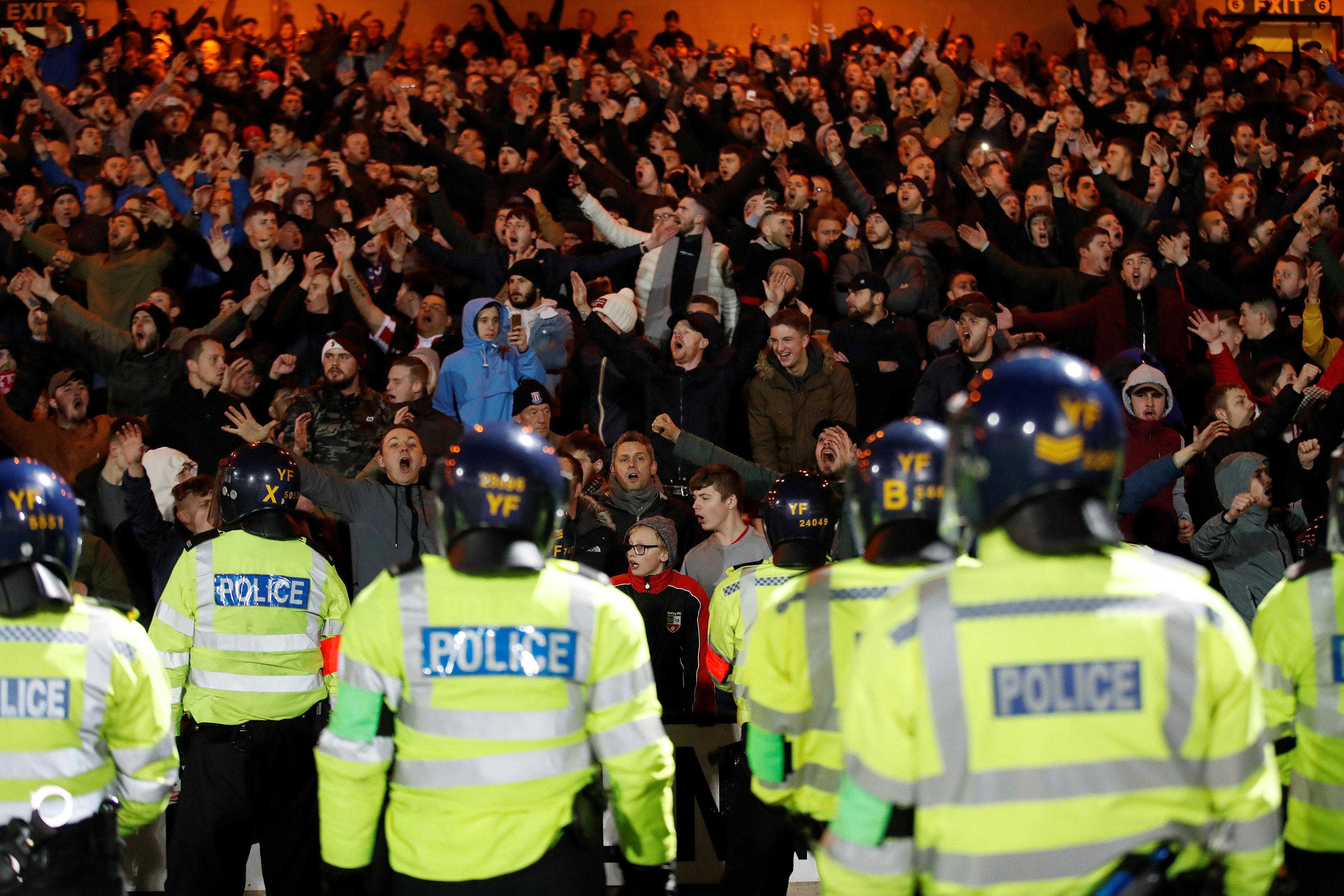 A Stoke spokesman said: “We will be pushing for anyone found guilty of disorder to be handed a lengthy banning order.”

But Angela Smith, chair of the supporters’ council, added: “A custodial sentence would not be harmful for some of these people.

“These are not fans, these are mindless idiots who we want nothing to do with at our club.” 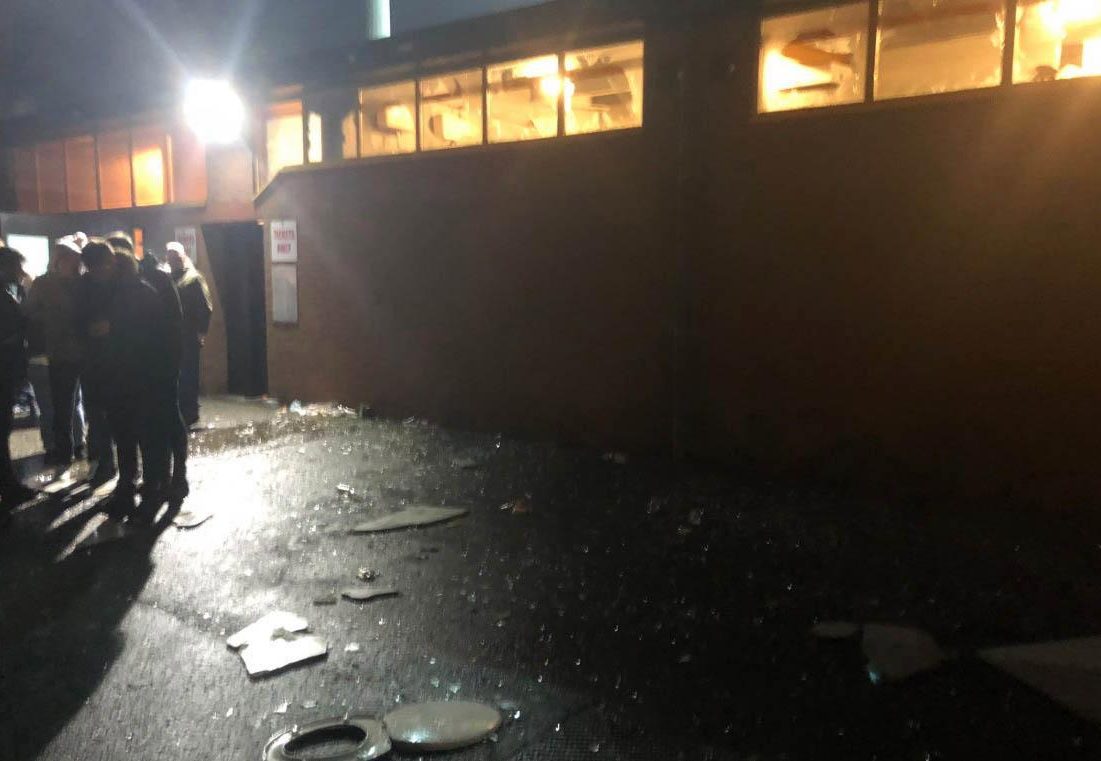 Smoke bombs, bottles, lighters, flares and coins were hurled from the Stoke section in the first Potteries derby for 16 years.

Vale beat Stoke Under-23s 4-0 but scorer Luke Hannat had a bottle hurled at him.

Seats were ripped out and launched at police and stewards. Visiting fans also smashed up toilets and a pub.