STEPHANIE MCMAHON has launched a passionate defence of dad Vince by claiming he does listen to WWE's fans.

The Billionaire Princess revealed the company’s legendary CEO is constantly looking for ways to improve the world of wrestling. 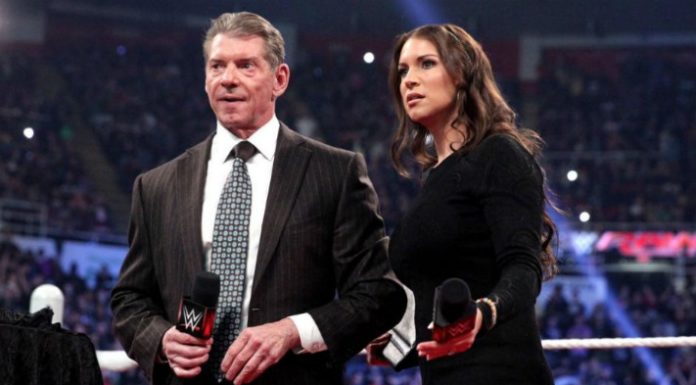 WWE supremo Vince, 75, has built a multi-billion pound empire through a mind-boggling commitment to work.

The 75-year-old had a monopoly on wrestling in America for decades after buying out rivals WCW and ECW until the recent birth of AEW.

However Vince, who still runs WWE day-to-day in his dual roles of chairman and CEO, has often come under fire from fans for ignoring his audience.

That often included refusing to push certain wrestlers such as Zak Ryder and Rusev into prominent spots despite their huge support in favour of his own hand-picked stars.

He always said you never know where a great idea is going to come from. He solicits that opinion. He talks to people

Other criticisms included blocking John Cena from turning heel despite his polarising reception from fans as the face of WWE for over a decade.

Yet Vince's daughter Stephanie, who is celebrating her 44th birthday today, has hit back to claim that the billionaire is always listening to fan opinion.

“He always said you never know where a great idea is going to come from. He solicits that opinion. He talks to people.”

Stephanie, now known as McMahon-Levesque following her marriage to Triple H, also discussed whether husband Paul or father Vince are good at admitting their creative mistakes.

She added: “For me personally, I am very transparent and I own my mistakes. I feel that is very important.

“I think there is a difference between being wrong and making mistakes, I know that’s a subtlety in semantics but human psychology plays into that.

“Going back to Vince, he believes in some cost. So if you made a mistake, if something isn’t’ working, stop throwing good money after bad, just move on.

“Learn the lesson that you are supposed to learn and then apply it. You can make mistakes, but don’t make the same mistake twice.”