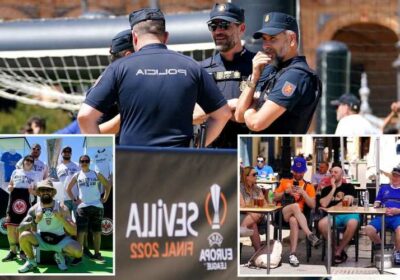 SPANISH police chiefs have admitted tomorrow’s Europa League final in Seville between Rangers and Eintracht Frankfurt represents the “most complicated” challenge they face.

They described the numbers of ticketless fans set to descend on the city in the coming hours as a “barbarity.” 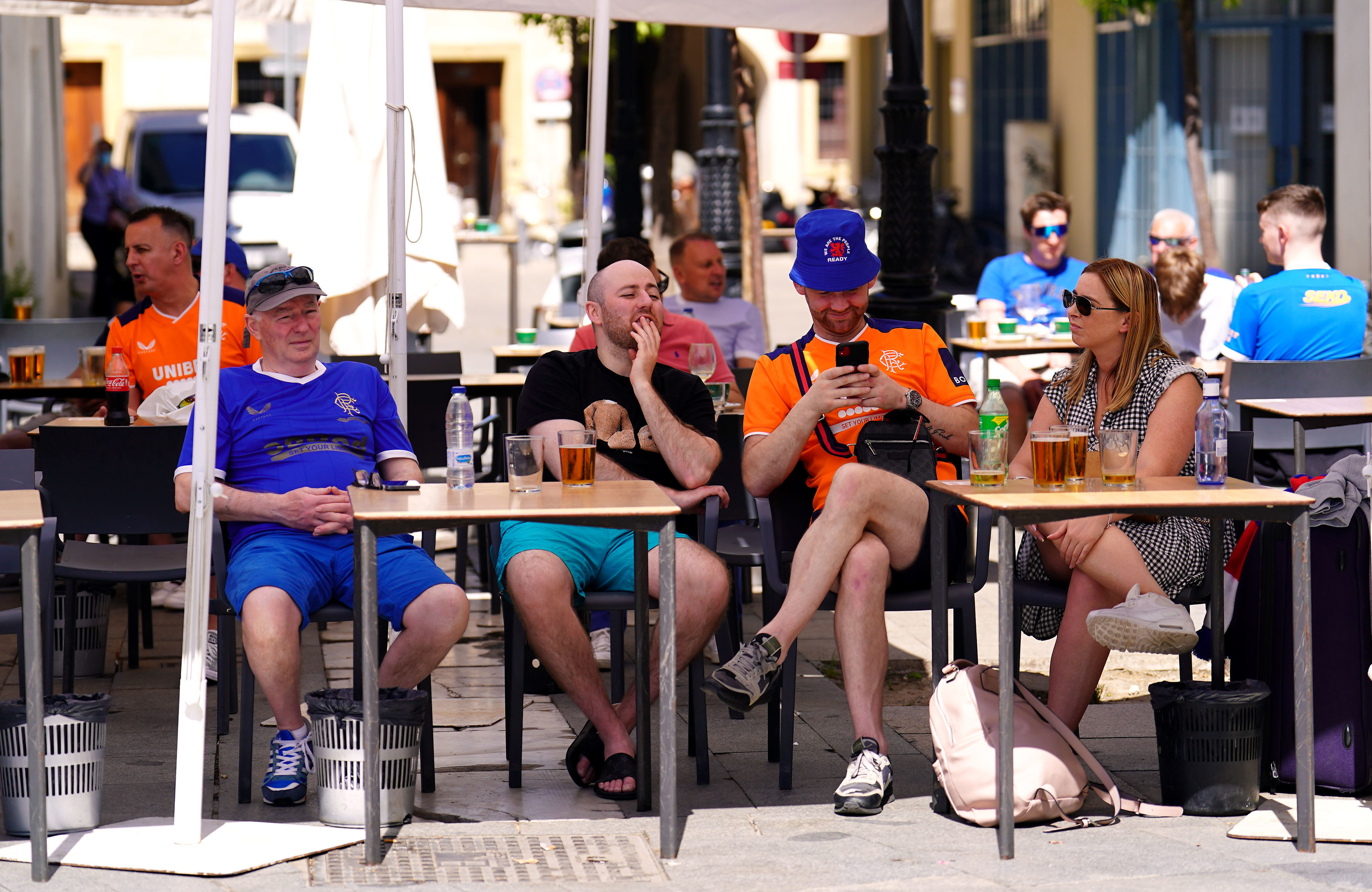 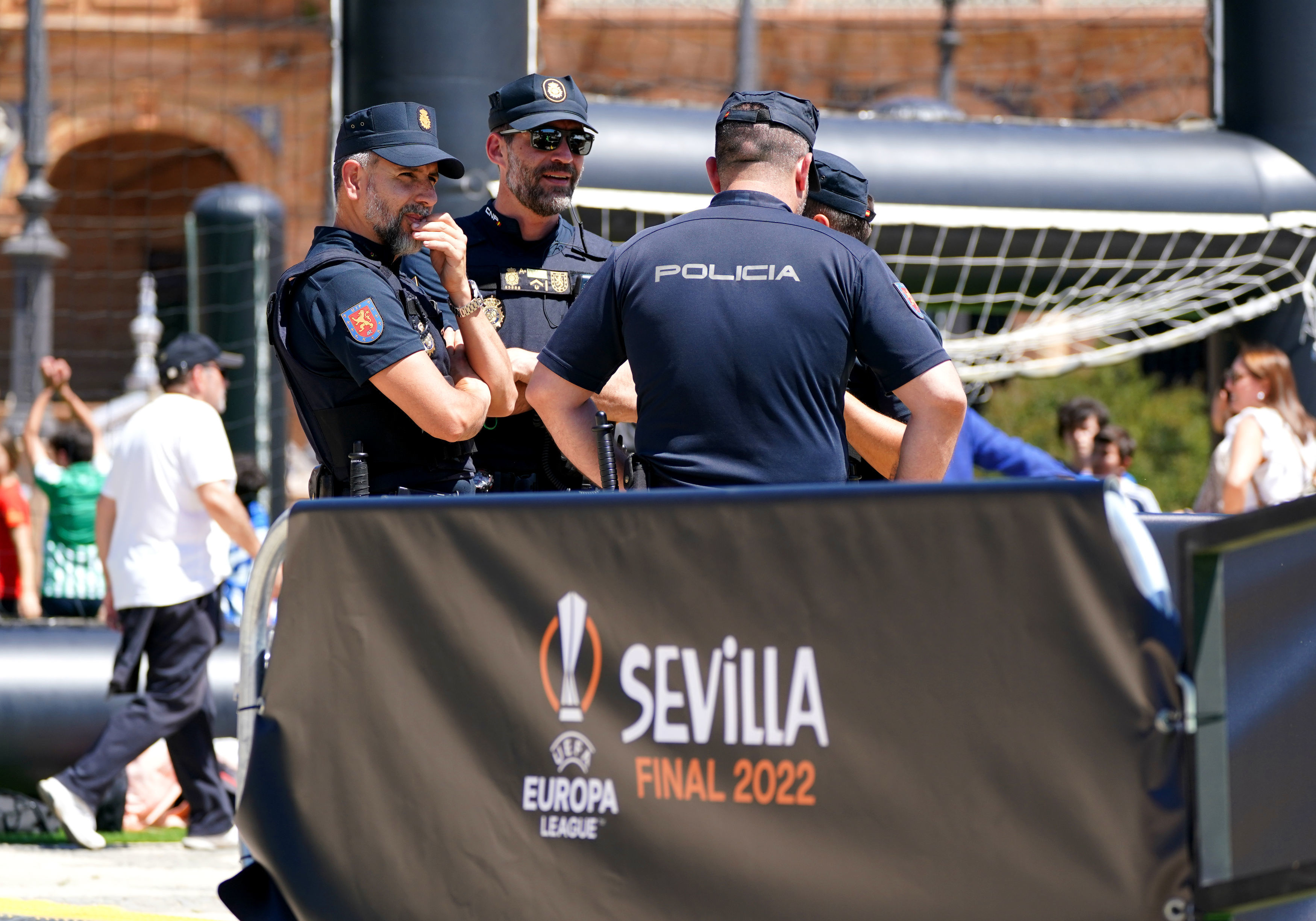 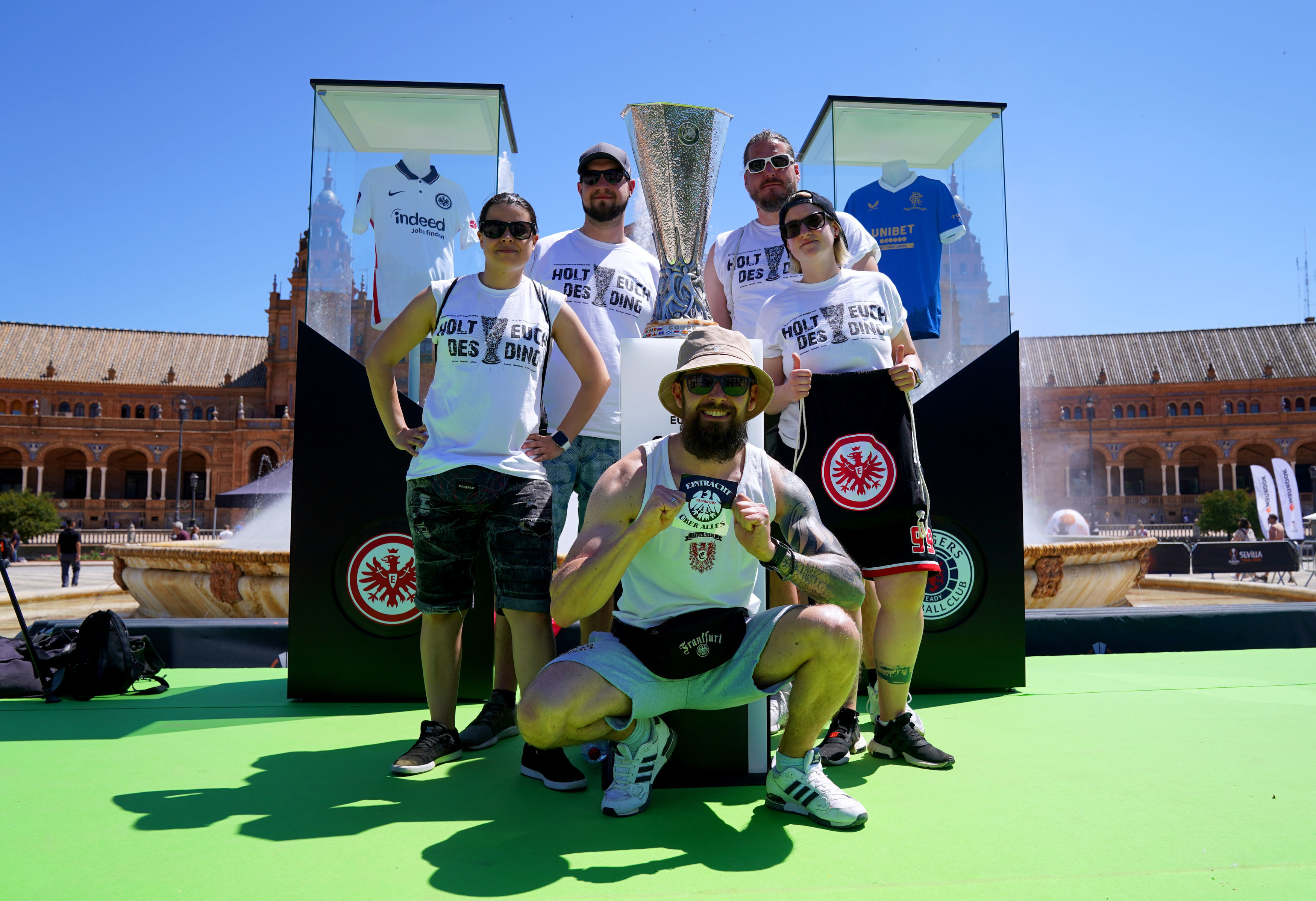 And they admitted the heady mix of sunshine and cold beer would complicate their attempts to keep control of the security situation at a press briefing in the southern Spanish city today.

The first of the 100,000 Rangers fans due to travel to Seville began to arrive yesterday to start partying in temperatures due to peak at 35 degrees at midday today.

The thermometer was not expected to drop below 17 degrees come nightfall, just above Glasgow’s high for the day.

Spanish government officials revealed yesterday more than 5,500 police and private security guards would be mobilised as part of an unprecedented security operation in Seville.

They include riot squad cops and bomb disposal experts as well as a unit tasked with monitoring social media for terrorist threats.

Spanish National Police chief Juan Carlos Castro admitted the effect of alcohol on the  behaviour of both sets of fans was a concern.

He also confessed the amount of construction work including a tram extension going on in the city, including areas near to the Ramon Sanchez Pizjuan Stadium where tomorrow’s final will be played at 9pm, was a worry.

Police are understood to be concerned they will give violent fans easier access to objects including rubble they can use as missiles and insisted they will be protecting them.

On the issue of alcohol Mr Castro, Spain’s General Commissioner for Citizen Security, told local press: “Generally speaking both sets of supporters like to drink a lot.

“If in their countries they drink warm beer, in Seville they’ll be drinking even more because here the lager is nice and cold.”

Authorities have set up fan zones in different parts of the city for the two teams’ supporters where only low-alcohol drinks will be sold.

The fan zone for Rangers supporters is next to La Cartuja stadium, a multi-purpose stadium situated on an island in Seville’s Guadalquivir River.

Eintract’s fan zone is in the scenic area around Prado de San Sebastian.

Rangers fans have been told they can watch the match on a giant screen inside La Cartuja Stadium but no alcohol will be sold there.

But he admitted: “It’s one of the most difficult challenges we have ever faced.”

You have to turn up there and behave yourselves

The “pre-critical” phase of the security operation began at 8am today and will last until tomorrow at 3pm.

The “critical” phase will begin at 3pm on match day and last until 9pm.

German and Scottish expats living in Spain and Portugal are heading to Seville in their thousands to join fans from both sides who have travelled to the city from their homelands.

Rangers legend Graeme Souness urged the club's fans to stay out of trouble in a weekend video message.

The 69-year-old said: "Go there, have a super time. Support your team. Our team has done incredibly well in getting there. And you think the journey we’ve been on for the last ten years to be now planning a serious European Cup final. Fantastic achievement. 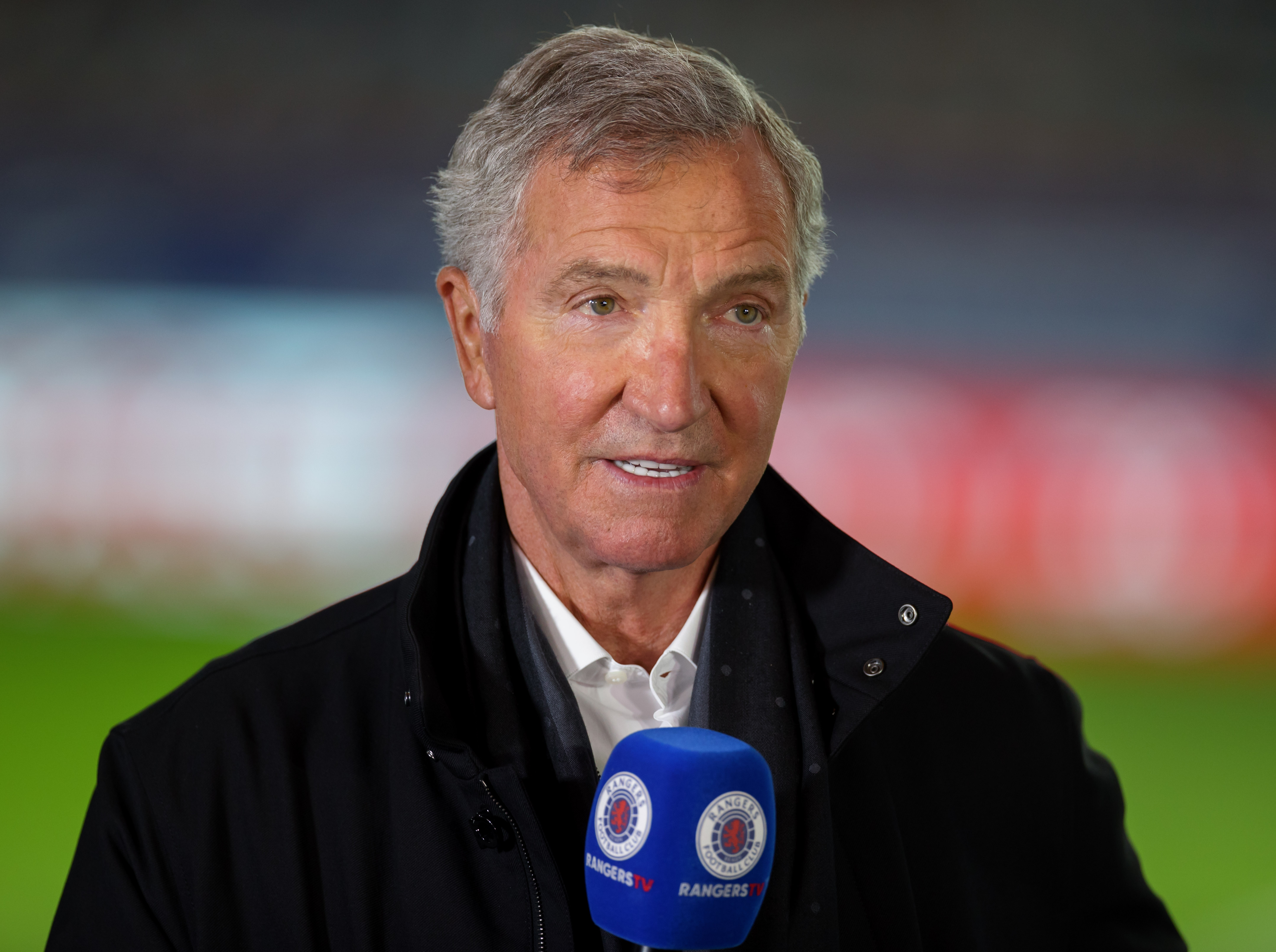